Manny Jacinto, Who Can Wreck The Hole In My Ozone Layer, Protested Climate Change In DC

Manny Jacinto joined Jane Fonda and others this week for the latest round of climate change protests in Washington D.C., proving without a doubt that he is, in fact, from The Good Place.

Jacinto stood beside Fonda on the podium as she addressed the assembled protesters about the need for climate action in government. Neither was arrested this time, although others were not so fortunate.

Actresses Amber Valletta, Piper Perabo and Diane Lane all joined this week’s protest, and all three of them were reportedly led away in handcuffs. 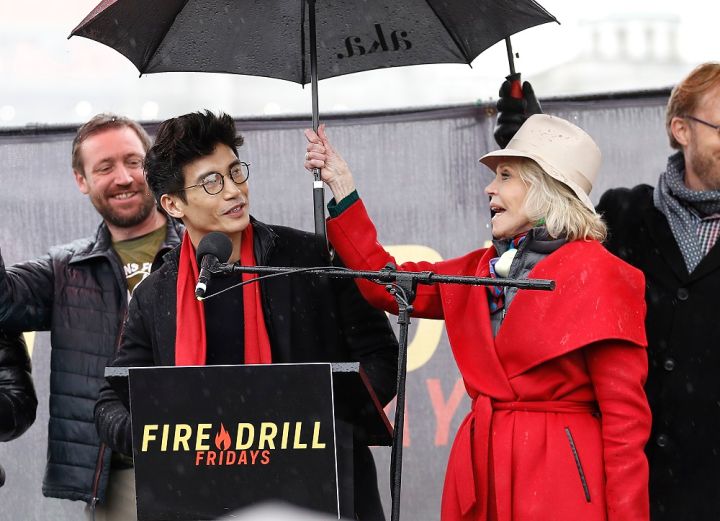 In late October, The Good Place star Ted Danson was arrested alongside Fonda at a Fire Drill Fridays rally, and Manny Jacinto took to Instagram to declare him “my motherfuckin hero.”

Jane Fonda has become the face of the Fire Drill Fridays movement, and relocated to Washington so she could join in the demonstrations every week.

The movement is calling for a Green New Deal for the U.S., as well as demanding clean renewable energy by 2030, and no new exploration or drilling for fossil fuels.

“We have to behave like our house is on fire, because it is,” Fonda said, adding that we must make elected officials accountable and “hold their feet to the fire.”