Your girl Elizabeth Sobinoff has made her return to Married At First Sight and her former hubby Sam Ball has something to say about it.

Speaking to C! News, the season six villain admitted, “I haven’t watched this season at all,” adding that it “doesn’t interest” him.

“I already know what happens behind the scenes of that show,” he added. 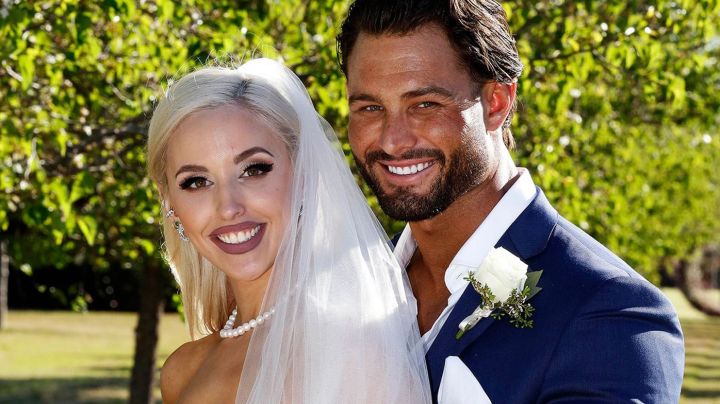 He went on to wish his ex the “best of luck” with her second ’round on the show.

“My message to Lizzie is just best of luck, I think she’ll go great. She’s having another go and hopefully this time the experts match her and they’ll do the right job,” he said.

“I think she said from the start, we both weren’t each other’s type and we both wanted to find love but it’s just hard, when we got put in such a stressful situation like that.”

Sam— who now works at a bottle shop in Coolangatta after going into hiding— also opened up about his ex-wife’s weight loss, after infamously fat-shaming her on their wedding day, saying he’d “never dated anyone as big” as her.

“Health and fitness is huge, good on Lizzie for going down that path and living a healthy lifestyle. It’d benefit anyone! It’ll affect your work life, sex life and mental state. Being healthy is huge on your body,” he said.

Following his controversial stint on the show, Ball tried to launch a YouTube career that failed dismally.

Have a go at this video of him dressed up as a Tyrannosaurus Rex, roaming the street trying to scare people but only managing to tick off one very small but sassy dog.