Last night, ex MAFS contestant Michael Brunelli spilled a bunch of behind-the-scenes tea on Instagram during a Q&A with fans.

Brunelli starred on the 2019 season of MAFS, where he met his now-fiancé Martha Kalifatidis.

Now let’s dive into the goss, shall we?

Ever wondered what the deal is with the Married At First Sight (MAFS) cast and their Instagram accounts? Well, it turns out you’re not alone as one stan asked, “When on MAFS, were you in charge of your Insta or did they post etc?”

“When we were on we still had access to our social media accounts, but all posts had to be approved by the MAFS Social Media Team,” Brunelli responded.

“Any post we did that wasn’t approved was deleted by them (they had access). They also turned off comments.”

He added, “Now the MAFS contestants don’t even have access to their socials. So any message you send them, they won’t see. It’s done to protect their mental health, which I think is good.”

He went on to say that they were “able to read and respond to DMs and while there were some really nice messages, the trolls were fucking horrendous.

“Imagine getting hundreds of hate messages daily, without knowing how to deal with it.”

He concluded, “At the end of the day it’s a show. Some people get way too invested in it and they think it gives them the right to be abusive. Sad, sad people.”

Another fan asked, “Do you think the MAFS footage is edited in a way to persuade viewers to take side?”

“Reality TV is all about evoking emotions in the viewer so they get hooked,” he responded.

“Anything can be manipulated on TV. But at the end of the day they can’t make you out to be a completely different person to who you really are.”

He added, “Blaming producers for a ‘bad edit’ is a poor excuse for someone’s dogshit actions.” 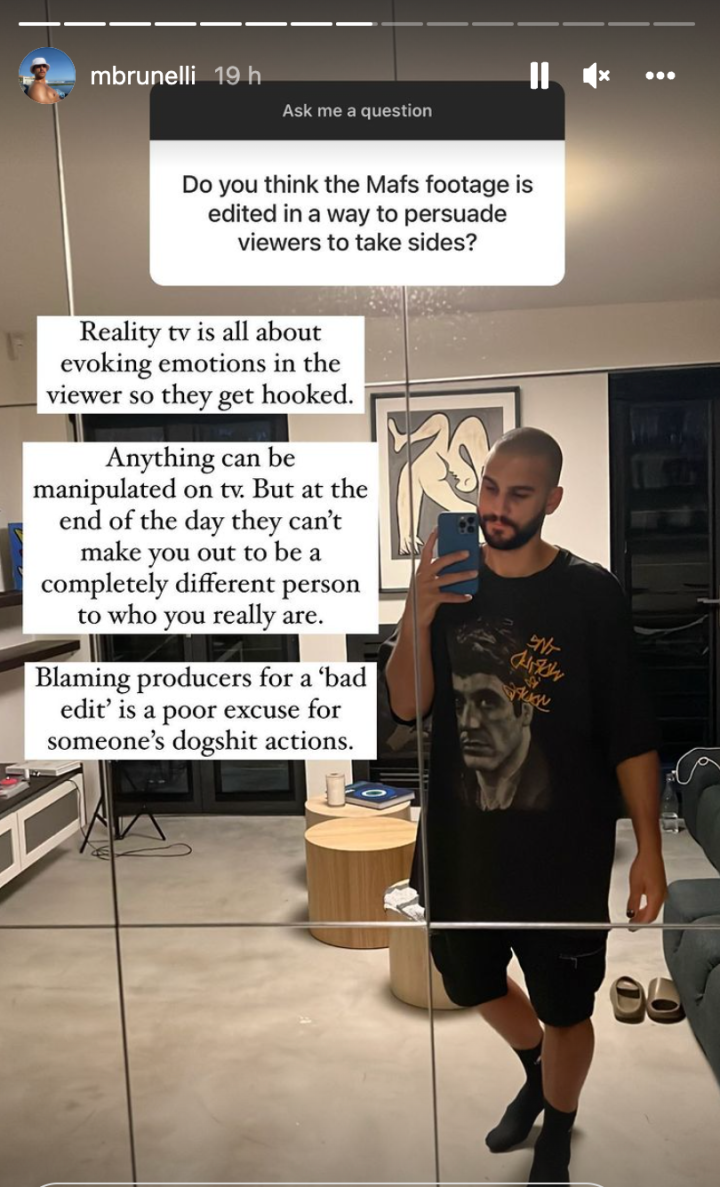 And finally, one fan wanted to know about the “morning after scenes.”

“I don’t want to ruin it for people, but the morning after scenes aren’t actually filmed right when you wake up. They are normally filmed mid-morning or even afternoon sometimes,” he said. 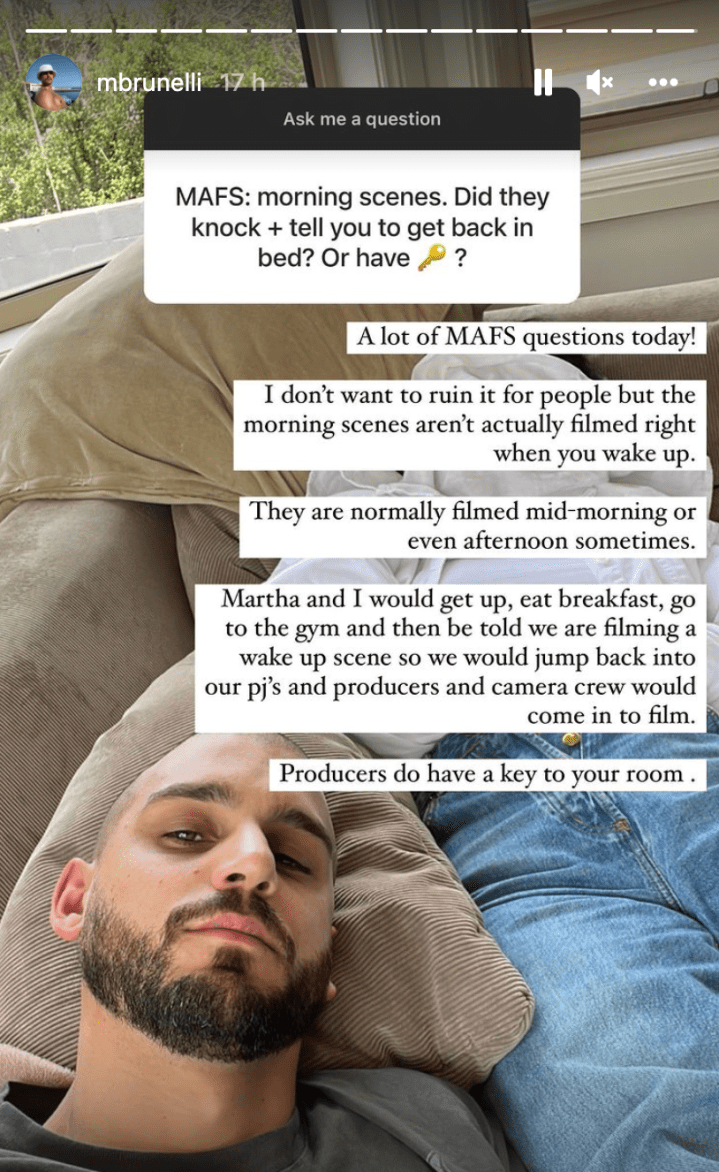 “Martha and I would get up, eat breakfast, go to the gym, and then be told we are filming a wake up scene so we would jump back into our pjs and producers and camera crew would come in to film,” he added.

“Producers do have a key to your room.”

OK, wow! This right here is exactly why I have trust issues.

Martha and Michael are one of the show’s only success stories and the pair have also kicked off a lucrative social media career as influencers.