There ain’t no scandal like a MAFS cheating scandal and Hayley Vernon is determined to prove that Stacey Hampton hooked up with Mikey Pembroke.

During her appearance on the Kyle & Jackie O Show, Vernon insisted that Stacey cheated with Mikey.

“Yeah, it’s Mikey,” Hayley said when asked who Stacey’s been hooking up with.

“Stacey and someone else are pretty much trying to bring Mikey down at the moment and say that, you know, he’s a terrible person, that he’s got a bad character, that he’s making all this stuff up to stay in the spotlight and to totally defame Stacey,” she continued. 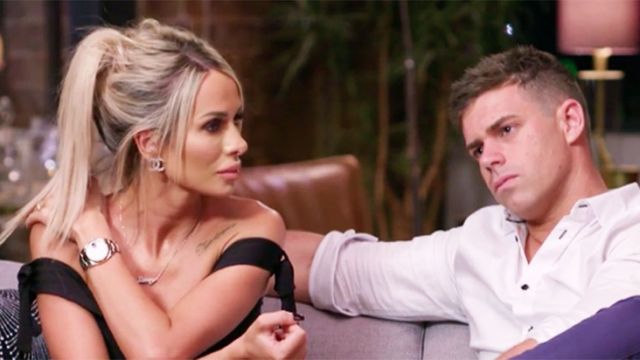 She went on to reveal that Married At First Sight will be taking a leaf out of the Real Housewives of Beverly Hills’ book by having Mikey partake in a lie detector test in an upcoming episode to see if he’s fibbing.

“It’s utter bullshit,” she added. “Stacey just can’t stand on her own two feet and cop it on the chin and I’m pretty sure that Mikey’s going to do a lie detector test to prove that he did get a leg over Stacey.”