Literally all I care about right now is the forthcoming Married At First Sight (MAFS) reunion, titled MAFS: All-Stars. In the two-part special, a bunch of your fave MAFS contestants will return to have it out one more time.

As the Channel Nine spesh is expected to start filming soon, a bunch of cast members have landed in Sydney to film the show, including Ines Basic and Jessika Power.

Speaking to The Wash outside of her hotel, Jessika told the publication that she’s expecting to throw-down with rival Cyrell Paule.

She then added, “I’m in Sydney, I’m just seeing some friends, who knows what I’m doing?” 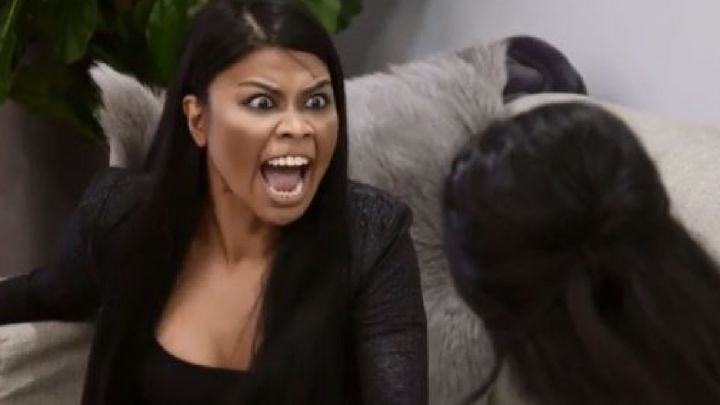 Meanwhile an insider teased a whole lot of “fireworks” in the reunion spesh during a chat with The Daily Telegraph, as many of the contestants taking part are at odds.

“There will be lots of fireworks,” the source told the paper.

The cast list is yet to be confirmed, but The Wash is already asserting that the following people will be in attendance at the chaotic dinner party (in addition to Jessika, Ines and Cyrell):

Following the announcement, a bunch of salty MAFS stars voiced their anger at not being invited back for the reunion.

Sean Donnelly from season 5 called out the show for seeking “ratings ratings ratings”, blasting the… let’s just say See You Next Tuesdays, for not including him. Scarlett Cooper agreed with Sean, writing: “Yep!”

READ MORE
MAFS Stars Are Pissed About Being Snubbed From Reunion & Oh Shit, I Forgot These People Existed

Season 6 star Mel Lucarelli was miffed that she was alienated from the reunion when of all the former contestants, she’s the one with the most unfinished business, she feels.

“Saw this and thought it may be for the people they purposely mismatched, to this time finding them a genuine match,” she wrote.

The MAFS reunion is set to air on Nine.