The great nation of France apparently loves its freedom fries, with over 1000 McDonald’s drive-through locations in the country; by contrast, rivals Burger King have fewer than 20.

Maccas have decided to rub this in with a new ad campaign that’s pretty breathtaking in its audacity – a roadside billboard directing motorists to its store’s nearest drive-through location, alongside one directing them to the nearest Burger King.

It’s not clear where in France this temporary billboard has gone up, but here’s a print version of the snarky ad campaign, courtesy of Mumbrella: 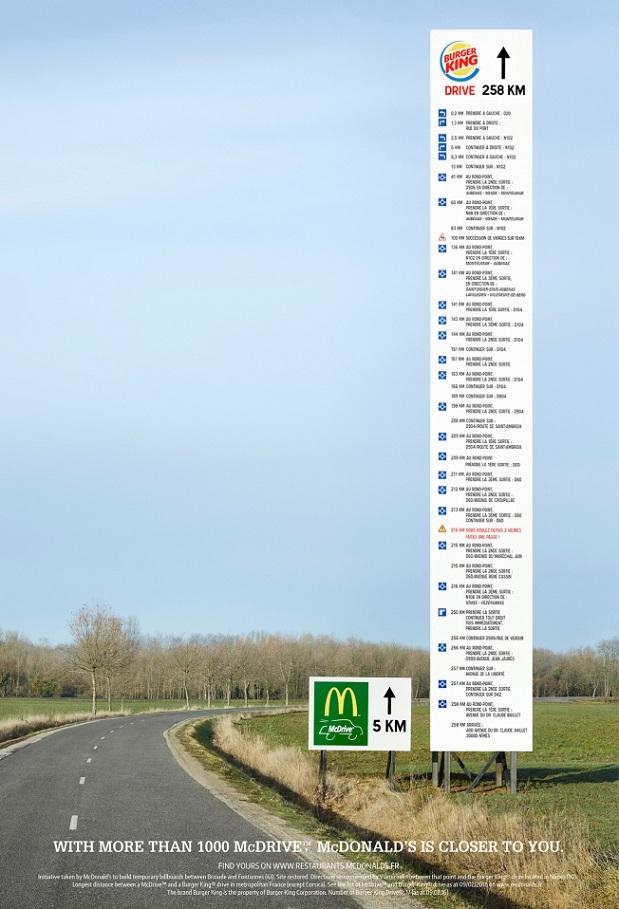 TBH, if our only takeaway alternative was a yet another overpriced croque-monsieur, we’d be borderline tempted to hit up one of Maccas’ 1000 convenient French locations, too.