While we’ve all been frothing over the undeniably perfect casting of Disney‘s upcoming live-action remake of ‘Beauty and the Beast‘ – Emma Watson as Belle, Dan Stevens as the Beast, and the upper echelons of the British acting society as various household items – we’ve all kind of skimmed over the villain, Gaston.

But I’d like to take a minute to talk about Gaston, played by Luke Evans.

No one’s slick as Gaston, no one’s quick as Gaston, no one’s as all-too-fucking-real like Gaston. While most Disney villains tend to be either men motivated by a grab for power (Jafar, Prince Hans) or old women punishing younger (and therefore more valuable) women for their superior fuckability (Ursula, the Evil Queen from ‘Snow White‘), Gaston is instead motivated by his hurt male pride that one single woman in an entire village doesn’t want to nibble on his cleft chin.

“He gets as dark as any Disney character could possibly get,” said Evans in a new interview with Empire Online, explaining that the character is also an ex-soldier with “several shades” to him.

“This is a man who, for the first time in his life, hasn’t got what he wanted.”

Empire also published a never-before-seen pic of Belle and Gaston, making it #10 after the insanely magical collection published by EW earlier this month. 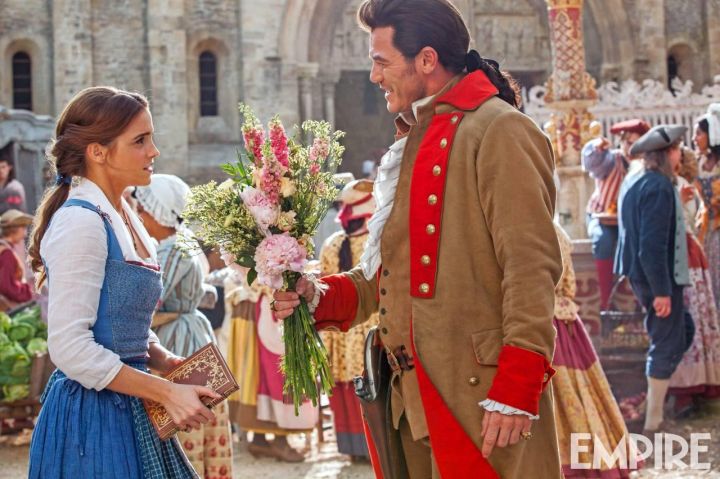 Prediction? This movie is going to be *extremely* relatable.