Lizzie Sobinoff, one of the most intriguing characters to come out of MAFS Australia, has re-emerged with bulk tea in a rare interview.

Speaking to the brand new podcast, The Good Chat With Anita Anabel, she reveals what her current relationship status is with her MAFS hubby, Seb Guilhaus, ‘cos all you thirsty fans are dying to know, and the status is: they’re officially separated, but very much still in each other’s lives.

“After we mutually broke up, we were still in contact every single day so I tried to distance myself but it’s hard because we had a place together,” she said. “It was really, really hard. He’s my first proper boyfriend. He’s also very good at understanding me and it’s nice to see he’s always going to be in my life.” 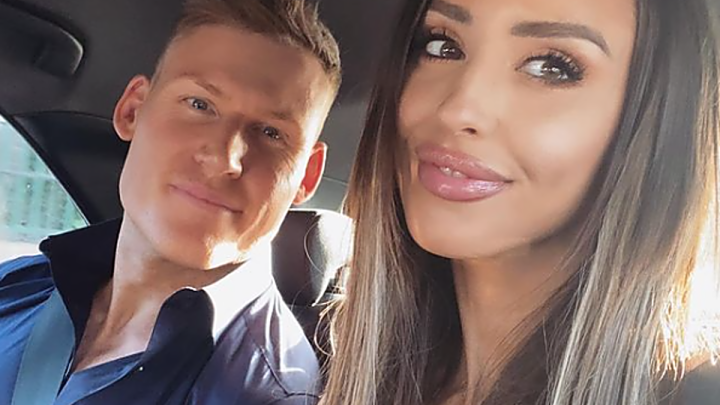 Then recently, for her birthday, Liz Sobinoff jetted off to Queensland with Seb and some mates.

“I was like, ‘Let’s go to Queensland [for my birthday]’,” she recalled. “So we went and I had the best time and people started to take photos, but we wanted them to take separate photos [so people don’t think we’re together].”

She went on to reveal that a woman who was with family took a photo of Liz then sent it to a media outlet, prompting her to be swarmed by media questions, asking “What’s happening, love birds?”

“People want an explanation [of our relationship] but we already share so much,” she said.

Liz Sobinoff went on to discuss the recent MAFS Reunion which drew much controversy for a variety of reasons, including the fact that although Liz and Seb seemed to be all g at the reunion, they announced their break up shortly after.

Liz reveals that they actually split prior to the reunion, but they kept their cool for filming and before you ask, no, she was not offered any money to do so.

“When Seb and I announced that we weren’t in a romantic relationship anymore, it was really shit because the reunion was coming up and that was hard,” she said.

Since they announced their split not long after the reunion aired, she said loads of people accused her of staying with Seb for the $$$, but she insists that she was not paid a cent to stay with Seb and there was absolutely no contract.

“I remember doing the reunion and people were like, ‘Oh, you didn’t sell your relationship?'” she said, as in, did she make money off staying with Seb. While she says there’s no shame in other reality stars doing that, she’s simply not about that life.

Recently, past seasons of MAFS Australia started to air in the UK and many local stars have been doing international interviews to discuss the show, whereas Liz Sobinoff has stayed out of it. After three stints on the show (including the reunion), she wants nothing to do with the show now, which is fair.

“A lot of people have agreed to do interviews for the UK, but it’s done for me. I don’t want to rehash things or tear other people down, I want to grow as a person,” she said.

“I don’t want to hold onto things and slander other people. A lot of these people had the chance to speak prior, and I think it’s great that the UK is so interested, but if they wanted to, they can look at my past interviews. It’s so long ago for me and, again, I was only on that show for three weeks.” 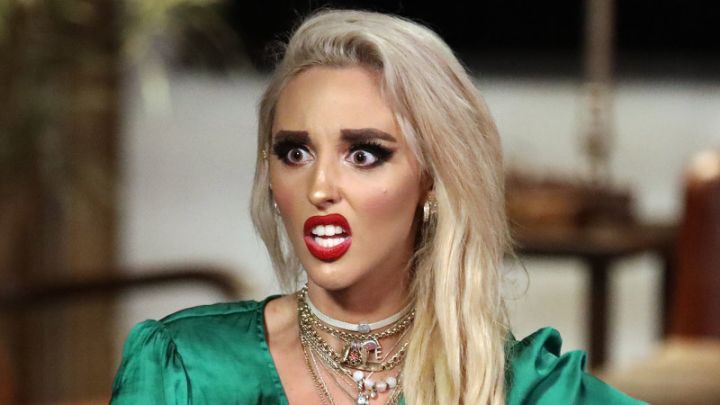 Liz Sobinoff during her first run on MAFS.

So will she do it again? “No!” she answered. At one point in the podcast, she even opined that “I had the worst experience out of anyone on that show.”

Speaking of MAFS, she recalled recently bumping into one of her ex co-stars while she was with Seb and she legit snubbed them. LOL.

“Poor Seb, we went to Pacific Fair because we had a mutual friend, and we took a friend out to get some food and we’re walking around and Hayley [Vernon] was walking up, the one who said we were contracted, and Seb doesn’t read much of the media stuff, so he doesn’t understand that not everyone is your friend, so he was just startled and was like, ‘Oh, look! It’s Hayley!'” she recalled.

“And I just kept walking and he looked back and was like, ‘Oh!’ Then a week later I told him what she’d actually said. She was just there smiling at me and I said ‘No, I’m not gonna be fake, even if it’s an awkward encounter.”

So what’s Liz Sobinoff up to now? She says she’s contemplating studying but just generally, she’s taking care of herself, which we love to see.

Have a listen to the full poddy here for more, including spicy MAFS goss.