It’s chilly, gloomy and dark AF this month, so here at Litty Committee we’ve been on the lookout for great new reads to keep you company on those cold, lonely winter nights. In The Bleak Midwinter vibes, anyone?

When you just can’t be arsed to venture out from the comforting cave of your doona, these books will keep you entertained and maybe even a little enlightened. Hey, you never know!

July is also the last month to enter this year’s Richell Prize for Emerging Writers – entries close on July 8 so get in quick.

You can suss out all the details on their website but in short, you can enter if you’re an Aussie resident or citizen who’s over the age of 18 and has never had work published by a commercial publishing house.

The winner will score $10,000 donated by Hachette Australia and a 12-month mentorship. Absolutely ideal.

Now scroll ahead for our top July picks! 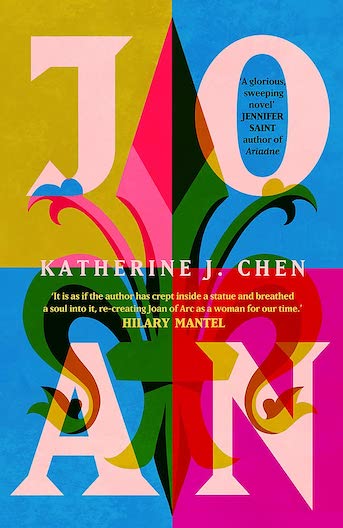 If you ask us, keep those feminist retelling comin’. While we’ve enjoyed some great reimagining featuring Circe, Ariadne and Marie de France, it’s finally time for Joan of Arc to tell her side of history and reclaim her slab of badass-ery. And we’re so here for it.

France is mired in a losing war against England. Its people are starving, its king is in hiding and yet out of the chaos, an unlikely heroine emerges.

Reckless, steel-willed and brilliant, Joan has survived a childhood steeped in both joy and violence to claim an extraordinary – and fragile – position at the head of the French army. The battlefield and the royal court are full of dangers and Joan finds herself under suspicion from all sides as well as under threat from her own ambition. 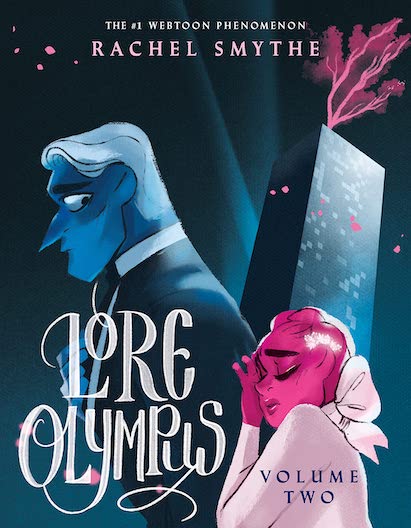 Books that started out as webcomics are finally gettin’ their time in the sun (Go Heartstopper) and Lore Olympus is no exception. It’s easy to see why the first full-colour volume was a huge success, but for those who are unfamiliar, this webtoon is a modern retelling of Greek mythology. Volume two will contain episodes 26 through to 49.

Persephone was ready to start a new life when she left the mortal realm for Olympus. However, she quickly discovered the dark side of her glamorous new home – from the relatively minor gossip threatening her reputation to a realm-shattering violation of her safety by the conceited Apollo – and she’s struggling to find her footing in the fast-moving realm of the gods.

Hades is also off-balance, fighting against his burgeoning feelings for the young goddess of spring while maintaining his lonely rule of the Underworld. As the pair are drawn ever closer, they must untangle the twisted webs of their past and present to build toward a new future.

READ MORE
Litty Committee: We've Raided Our Bookshelves To Bring You Our Top Reads Of 2022 So Far 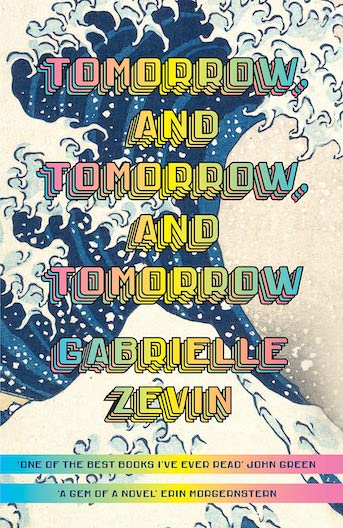 If John Green (author of many sad books including The Fault in Our Stars, Looking For Alaska and Turtles All The Way Down) calls this one of the best books he’s ever read, then that’s more than enough of an incentive for us to fling this baby to the top of our TBR pile.

Two kids meet in a hospital gaming room in 1987. One is visiting her sister, the other is recovering from a car crash. The days and months are long there. Their love of video games becomes a shared world of joy, escape and fierce competition. But all too soon that time is over.

When the pair spot each other eight years later in a crowded train station, they are catapulted back to that moment. The spark is immediate and together they get to work on what they love – making games. Their collaborations make them superstars.

This is the story of the perfect worlds Sadie and Sam build, the imperfect world they live in, and of everything that comes after success – money, fame, duplicity and tragedy. 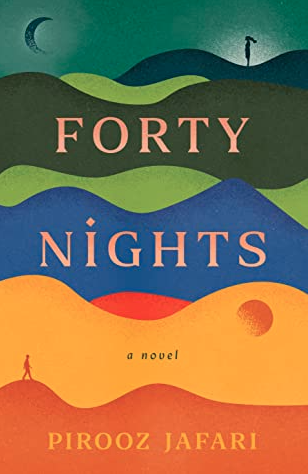 Pirooz Jafari’s first novel Forty Nights has been described as “haunting” and “magical”, taking its readers on a story which spans continents and time. Jafari is a trained lawyer who migrated from Iran to Australia over twenty years ago to work as a photographer. Talk about a multi-talented!

Tishtar runs a small legal practice in Melbourne where he has a new client, Habiba, who seeks to bring her orphan nieces to Australia from war-torn Somalia. He is also a migrant, having left the civil unrest in Iran to find a new life in a new country.

As Tishtar becomes consumed with Habiba’s tales of war-torn Somalia, his own childhood memories return and he reflects on the time he spent at his grandmother’s house to escape the atrocities that unravelled post the Islamic Revolution.

While at his grandmother’s house he comes to know Gretel, another lost soul who has experienced a community torn apart by division. Tishtar embarks on a journey in search of peace – for Habiba, for Gretel, for himself. 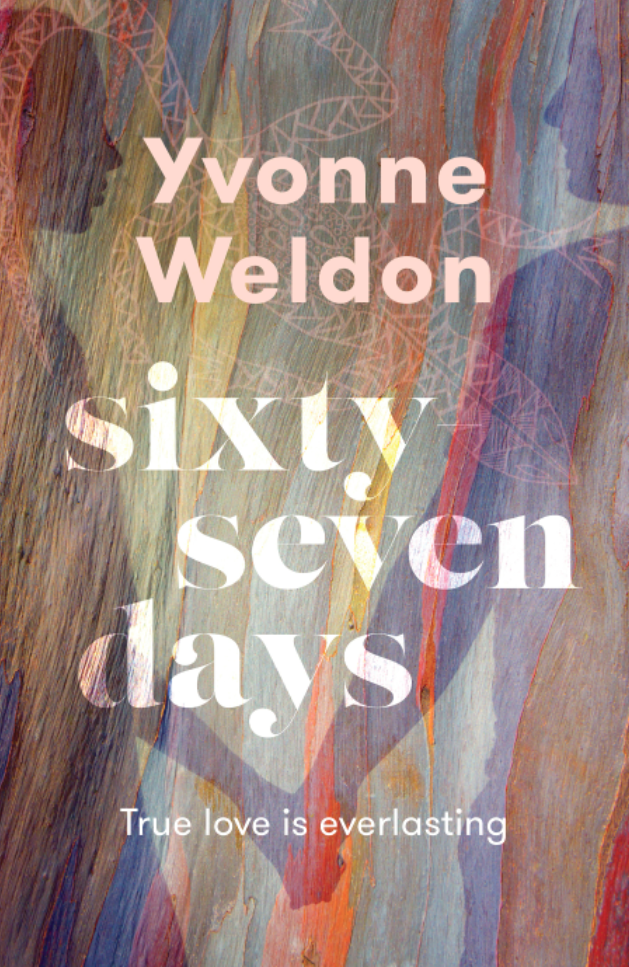 You may recognise Wiradjuri woman Yvonne Weldon already: Weldon is the first Aboriginal councillor for the City of Sydney and the NSW Aboriginal Woman of the Year 2022. Her debut novel Sixty-Seven Days is a love story set in NSW during 1993 where you’ll be transported between Redfern, Central West NSW and the Riverina regions.

Evie has been raised in the heart of Aboriginal Redfern, by a proud trailblazing Wiradjuri family. She remembers so much about the previous world – the Dreamtime, the ancestors, and the knowing – but she also harbours a dark pain that is becoming almost too much to bear.

And then Evie meets James, a young man radiating pure love who fills her life with light. On the cusp of adulthood, with their whole lives ahead of them, they travel to Evie’s beloved country, the central west of New South Wales and the Riverina regions. Swimming in the waters of the Kalare, as known by the Wiradjuri, and in the Murrumbidgee, singing with her ancestors, listening to the spirits.

The new world created between Evie and James is one they did not know they were missing. Now they can’t leave it alone. A sudden event leaves them seeking answers to one of life’s most eternal questions: is love strong enough to withstand anything?

Something Blue by Alex Sarkis 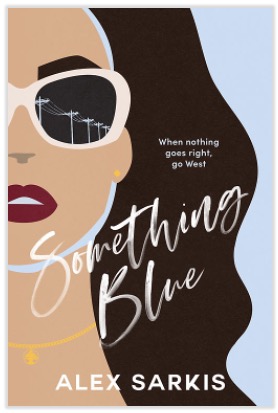 Alex Sarkis’ new novel is all about love, adulthood and Western Sydney. Something Blue is ultimately a testament to “loving home and leaving home, but never escaping your roots” so TBH I’m emotional already.

Twenty-six-year-old Nicole Najim is struggling to find herself after a painful breakup, just when she thought she was going to settle down.

Working a dead-end job in the family car dealership and at a loose end, she picks up her camera and returns to the melting pot of Sydney’s West to rediscover her roots.

When she catches up with childhood friend, Danny, who makes his living in a shadowy underworld, their relationship intensifies just as the law starts to close in. Nicole must weigh her feelings against her deepest fears, all while chasing her own dreams and capturing the hidden truths around her.

Best crime and thriller books to read this month

The Whispering by Veronica Lando 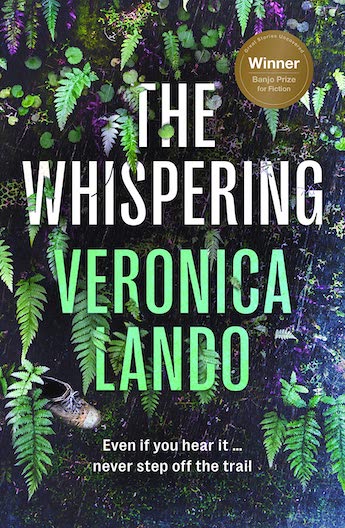 Winner of the 2021 Banjo Prize, The Whispering is an Aussie debut fiction that takes place in Far North Queensland. Deemed unpredictable, gripping, atmospheric and eerie, it sounds like the perfect read to curl up with in bed late at night.

Callum Haffenden swore he’d never return to Granite Creek. But thirty years after a life-shattering accident, he’s thrust back into the clutches of Far North Queensland and a local legend he worked hard to forget.

When a man goes missing in the rainforest, the past begins to resurface, breathing new life into memories of previous tragedies – two girls lost, seventeen years apart. In a town where it’s easiest to turn a blind eye, the guilt runs deep and everyone in Granite Creek has something to hide.

In his search for answers, Callum fights to keep his feet firmly on the trail as he battles the deafening call of the rainforest burrowing into his ears. After all, everyone knows that the worst things in the rainforest are those unseen.

What The Fuck Is This by Celeste Mountjoy 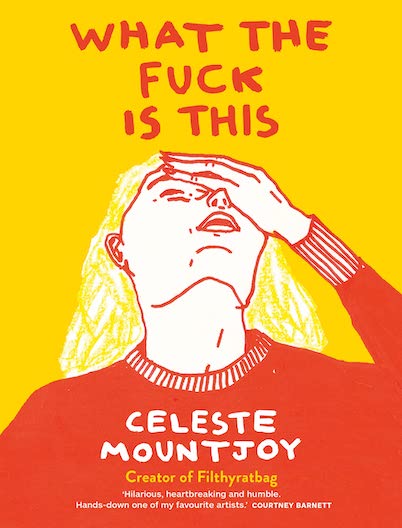 The illustrations in this book are fkn unreal. Forget looking bougie with some boring Dior art book. If you’re in need of a brand spankin’ new coffee table book with some pizazz, this is it. This is the one.

Australian artist Celeste Mountjoy (a.k.a @filthyratbag) aims for the heart in her first book, What the fuck is this, a stunningly original collection of illustrations and observations on being young, female and occasionally seriously fucked off.

Unnerving, empowering, heartbreaking and hilarious, Celeste’s art explores anxiety, feminism, addiction, body image, relationships and societal expectations. With uncanny precision, it articulates the dark stuff we feel but dare not show and provides the perfect antidote to the cultivated ideals of Instagram. With an online audience of 800,000, Celeste has become a voice for a generation of women who are no longer prepared to smile politely at the outrages, uncertainties and absurdities of life on the path to adulthood.

READ MORE
Litty Committee: As NSYNC Once Said 'It's Gonna Be May' So Get Yr Hand On These Hot New Reads

Together We Can by Claire O’Rourke 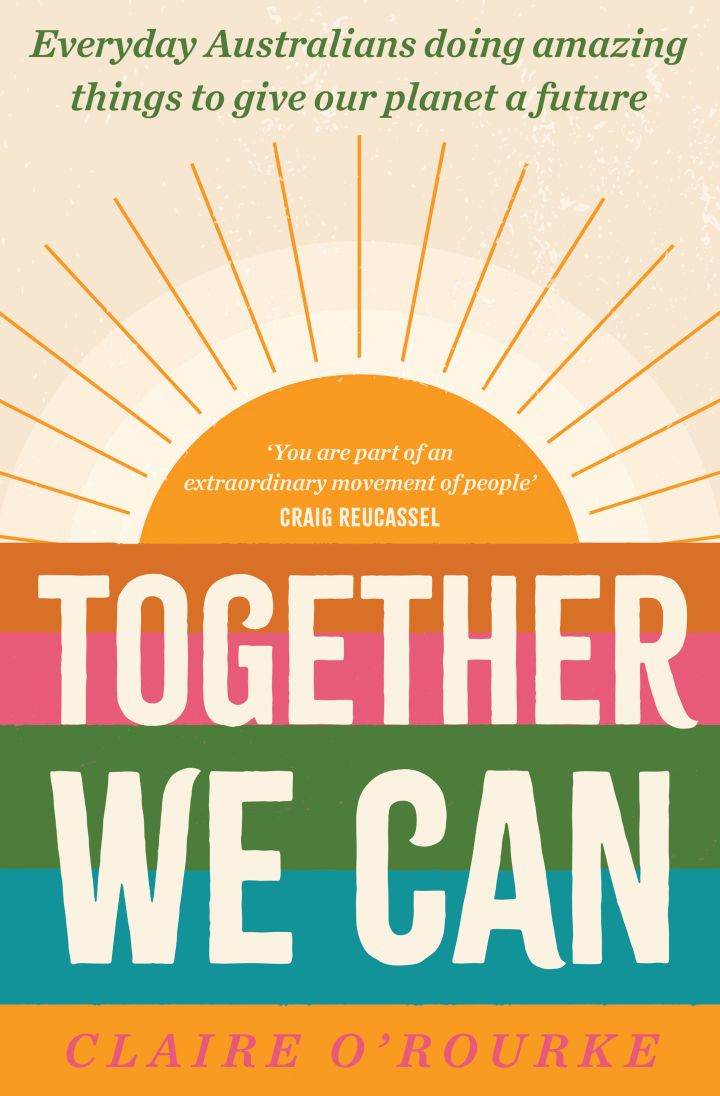 Climate change got you down? Big mood. Luckily, this book is here to inspire you with the stories of everyday Aussies fighting for the planet. Yay!

Millions of Australians are quietly freaking out about the state of the planet, and Claire O’Rourke is one of them. Australia is on the front lines. It’s going to take a massive, all-hands-on-deck effort to turn this around, and it can be overwhelming thinking about where to start.

Together We Can is an invitation to anyone worried about what climate change means for our future, and a challenge to reconnect with our communities. You can start small and simple, and before you know it, climate action is transformative, empowering and hopeful.

Claire tells the stories of everyday people all around Australia who are already making a difference, and they come from every walk of life. These stories show how contributing to healing our world enriches our connections with each other, which is what we need to face uncertain times. 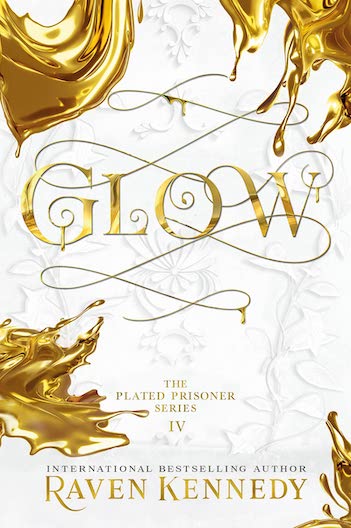 To sum this #BookTok series up, she’s a King Midas retelling about a gold-touched woman who’s going through a bit of Stockholm Syndrome after being kept locked up in a gilded cage for 10 years. This is the fourth book in The Plated Prisoner series and it’s a dark fantasy that features some intense themes that have given these books a big, fat trigger warning.

The Booktok hit: The Plated Prisoner Series continues in book four. This dark adult fantasy romance is inspired by the myth of King Midas and the gold-touched woman who realises her true worth.

With Midas no longer a threat, Auren is finally free. But when distorted rumours of Auren’s attack turns the heads of the other monarchs, her newly gained freedom is once again at risk.

With Slade by her side, Auren must learn to harness her power and fight for herself. No matter what happens, she will not be caged again.