Little Mix Take A Side In The Nicki Vs Cardi War & Girls, D’ya Have A Death Wish?

ICYMI: World War 3 has just broken out between Cardi B and Nicki Minaj and legit no one is safe, including British girlband Little Mix who have foolishly decided to weigh in on the drama.

The outspoken rappers have been taking shots at each other since their infamous brawl at New York Fashion Week’s Harper’s Bazaar Icons Party earlier this year and after Minaj recently went on a rant about Cardi on Queen radio, the ‘Bodak Yellow’ singer posted an 11-video rant on Instagram and shared several receipts in an attempt to expose her rival.

All caught up now? Good. I digress.

As you will have seen, one of the many claims in Cardi’s rant is that she was offered the chance to collab with Little Mix on their latest bop ‘Woman Like Me’ but turned it down as she’s already doing several other pop collabs.

Cardi even provides alleged proof by playing an unedited version of the track without the rap verse that was ultimately recorded by Minaj.

Nicki has since hit back at the claim in the comments section of the video, writing:

“Stop trying to distract everyone about the fact that you lied about Rah beating your head in. Babe we all get deals and turn them down. Same with songs dummy. Little Mix has been trying to get me on a song for 7 years. I finally found one I loved. Yes I passed on G-Eazy. What’s your point? Have you ever written a rap?”

Jade of Little Mix then liked Minaj’s comment, signifying that she is on her collaborator’s side.

She also retweeted a fanmade compilation vid that proved the girls have been wanting Minaj to collaborate with them for a while.

Just a small compilation of the 1000000x Little Mix have said they have wanted a collab with Nicki Minaj, cardi sweetie stop lying. pic.twitter.com/rFCIh9zTl6

Jade’s bandmate Perrie also took to Instagram to side with Nicki.

“Sorry Cardi hun but this is the tea, we’ve always wanted the queen! (No shade).” 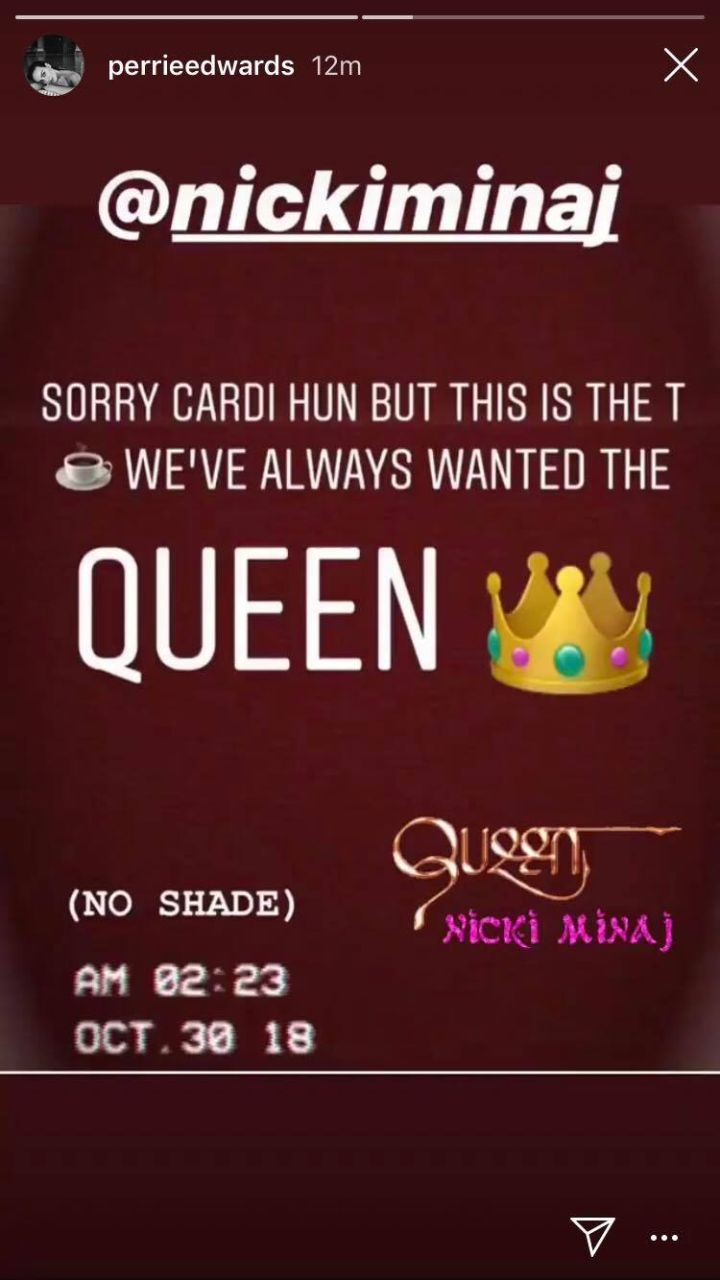 no shade my aunt fanny

Legit though girls, you know Cardi’s gonna come in with an equally savage clap back.