On Fitzy & Wippa‘s show this morning, Zocchi explained that during the press tour for Thor: The Dark World in 2013, he was staying with Hemsworth at a hotel in Japan, where DiCaprio was also staying “with his whole posse” of at least ten people.

“Chris was reaching out to his [DiCaprio’s] publicist going, ‘Get Leo, I want to have a beer with him.’ He never replied.”

Days later, Hemsworth took another chance on sweet, sweet Hollywood heartthrob friendship, waving at DiCaprio when they were both in the hotel’s lobby.

We were standing in the lobby. I remember Chris waving and I remember turning and DiCaprio’s marching through the lobby with 15 dudes and he just walked straight past Chris.

There is only one pic on Getty of both Hemsworth and DiCaprio, and it barely counts. It is from the 2014 Oscar noms announcement where Chris Hemsworth announced Leo was up for the Best Actor gong again for The Wolf of Wall Street. 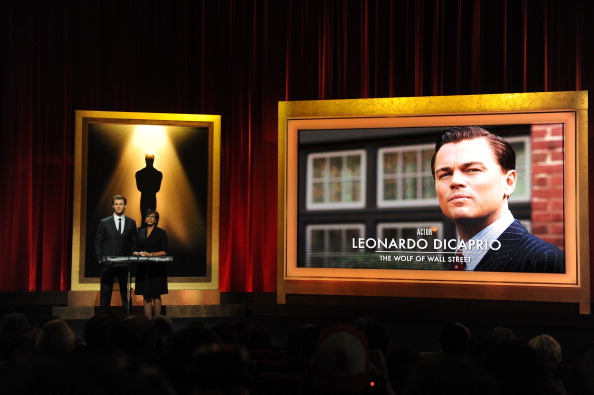 Maybe DiCaprio just doesn’t know who Thor is? Maybe he needed to be somewhere with his model girlfriend? Maybe DiCaprio was watching his figure and wanted a cheeky G and diet T instead of a beer?

Zocchi has been training Hemsworth now for more than six years/13 movies. On the set of Thor: Ragnarok he also trained Cate Blanchett, Mark Ruffalo and Taika Waititi. Neat.