Summertime Madness: Lana Del Rey Is Engaged To A Singer She Met On A Dating App 4 Months Ago

My favourite celebrities tend to be the most chaotic ones in Hollywood. Why is this, I wonder? Do I enjoy watching their batshit antics? Do I relate to their wild life choices? Probs a bit of both, TBH. Primary example: Lana Del Rey.

Not only is she an incredible singer, writer, and poet (go buy her new poetry book, Violet Bent Backwards over the Grass, I promise you won’t be disappointed!), but she also displays odd behaviour on the daily and I get a total kick out of it.

The latest? Well, ya girl’s gotten ENGAGED to a bloke named Clayton Johnson who she met on a dating app in August, according to PEOPLE.

READ MORE
Fans In A State Of Shock After Lana Del Rey Confirms She's A Cancer, Not A Gemini

During her appearance on The Tonight Show yesterday, punters noticed that the singer was rocking a diamond ring on ~that~ finger, which sparked the rumours.

Lana Del Rey performed her latest single, ‘Love You Like A Woman’ on Jimmy Fallon’s talkshow. Peep the vid below:

She recently celebrated Halloween with the bloke, as you can see in the below pic, and the pair couple dressed as Dorothy and the Scarecrow from The Wizard of Oz. 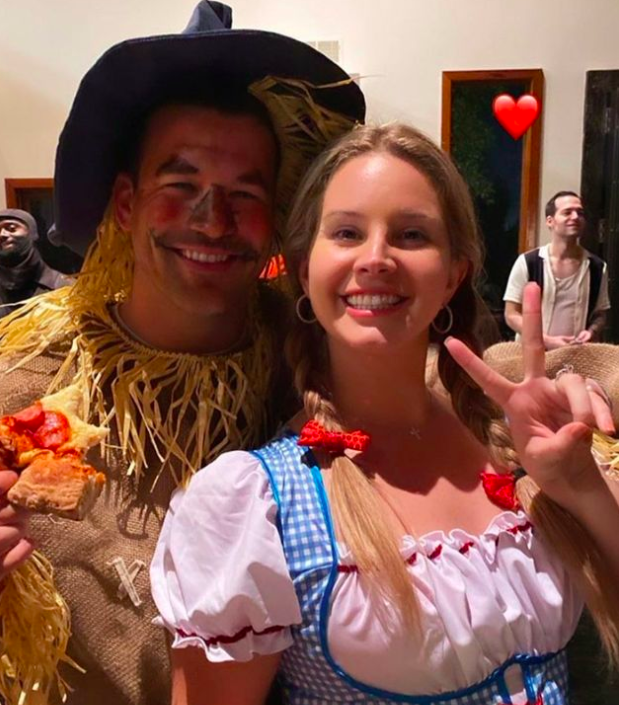 In March, the A&E television star opened up about their split in a New York Times profile. “Right now, we’re just friends,” Sean said at the time. “We still talk and whatnot, we just have busy schedules right now.”

He explained that they both “hit it off from day one,” however, they decided it was best to go their separate ways.

Last year, our chaotic queen revealed that she’s not a Gemini, as was previously reported. She is, in fact, a Cancer.

To be fair, this isn’t a total shock, given she’s written some of the saddest, soppiest songs in existence, which is pure Cancerian energy.

She’s got the Gemini chaos down to a tee, though, so I’m sure she’s got *some* Gemini in her chart, but when it comes to her sun sign, she is a Cancer.

Wonder if she’s compatible with her new boo. Only time will tell…