It is famed Scorpio Kris Jenner‘s birthday and the Kardashians are celebrating by dressing up in her most iconic looks. I would love my friends and family to do this for me, except I spend most of the week in a slightly stinky pair of velour tracksuit bottoms. Sadly, potentially not the best party fit.

Various Kardashian and Jenner sisters have been sharing snaps of their looks on social media and I hate to give it to them: this is funny.

So, let’s break down the iconic lewks and their inspiration.

I hate to say it but but Kim Kardashian just Krissed us all. Kimmy dressed up as Kris in the infamous 2012 Kardashian Family Music Video of “Lady Marmalade”.

In case your brain hasn’t been absolutely rotted by TikTok (unlike moi), earlier this year TikTokers started popping the video of Kris at the end of their posts to prank people. The text over Kris usually reads: “You just got Krissed”.

Kim got the look to a tee, right down to the pixie cut and inexplicable combo of green sequin dress worn with a bowtie. 2012 was a dark time.

She even posted a video of herself recreating the “Getting Krissed” vid. I simply have to assume this was North West‘s idea.

In her Insta Story, Kim explained the theme was “dress up as your best Kris”.

“Does this one look familiar guys?” she asked.

“Our Christmas card from 10 years ago?”

Next on this list is Khloé, who whipped another handy meme out of the bag. Honestly, our meme stores would be truly lacking without Kris Jenner. I thank her for her service. 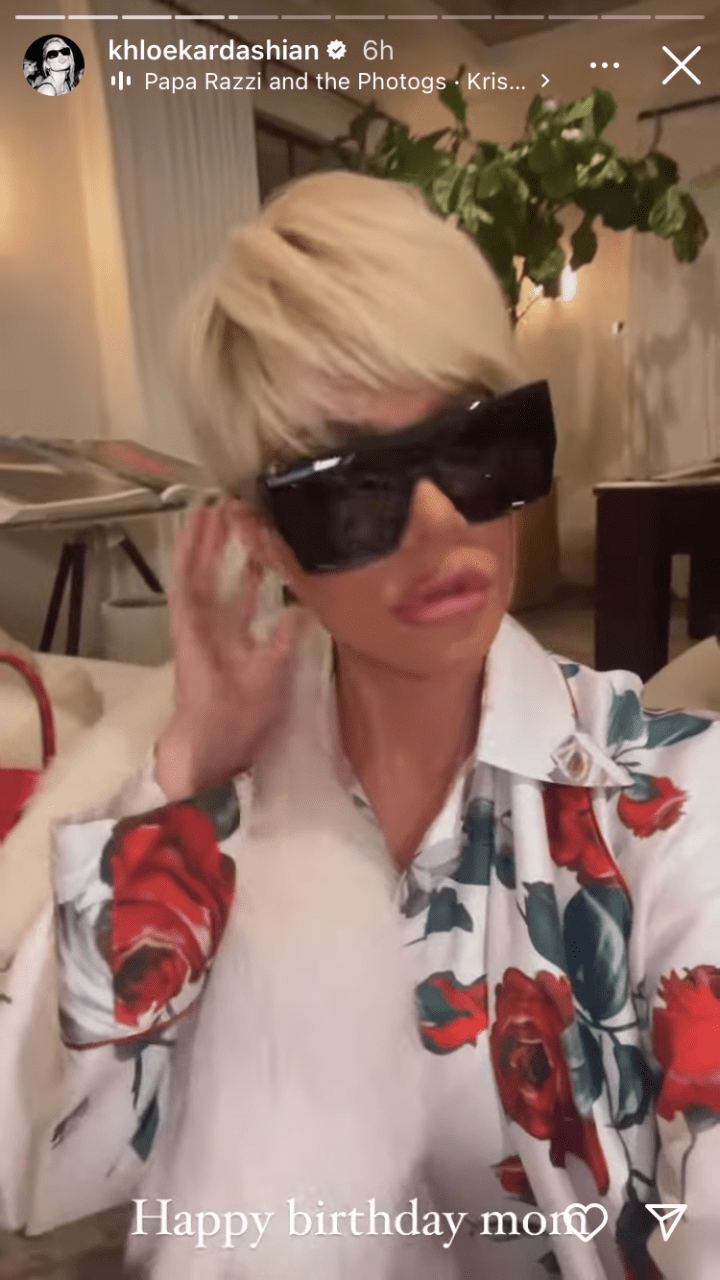 I am 100 per cent sure you have seen the OG picture before. And if not, well, handily Kim did her due diligence by posting reference pics on her Instagram Story.

Say what you will about that woman, at least she’s meticulous.

So far we’ve got two for two on the meme front. Good work everyone.

I am not surprised to be saying this, but I am a little disappointed. Kylie Jenner‘s outfit is, well, kind of boring.

She looks great. But her version of Best Kris comes from a vintage picture of her in a sequin black gown.

I appreciate that Kylie at least committed to the very 90s short hair though.

Kourtney Kardashian as “Thank U, Next” Kris Jenner

Finally, we come to Kourtney Kardashian, who was inspired — as we all were — by Ariana Grande‘s “Thank U, Next” music video.

Kourtney took to TikTok to share her costume and by Jove, she Krissed us again. I must quibble that none of the Kardashians have quite got the format of the “Getting Krissed” videos right, but God loves a trier I suppose. 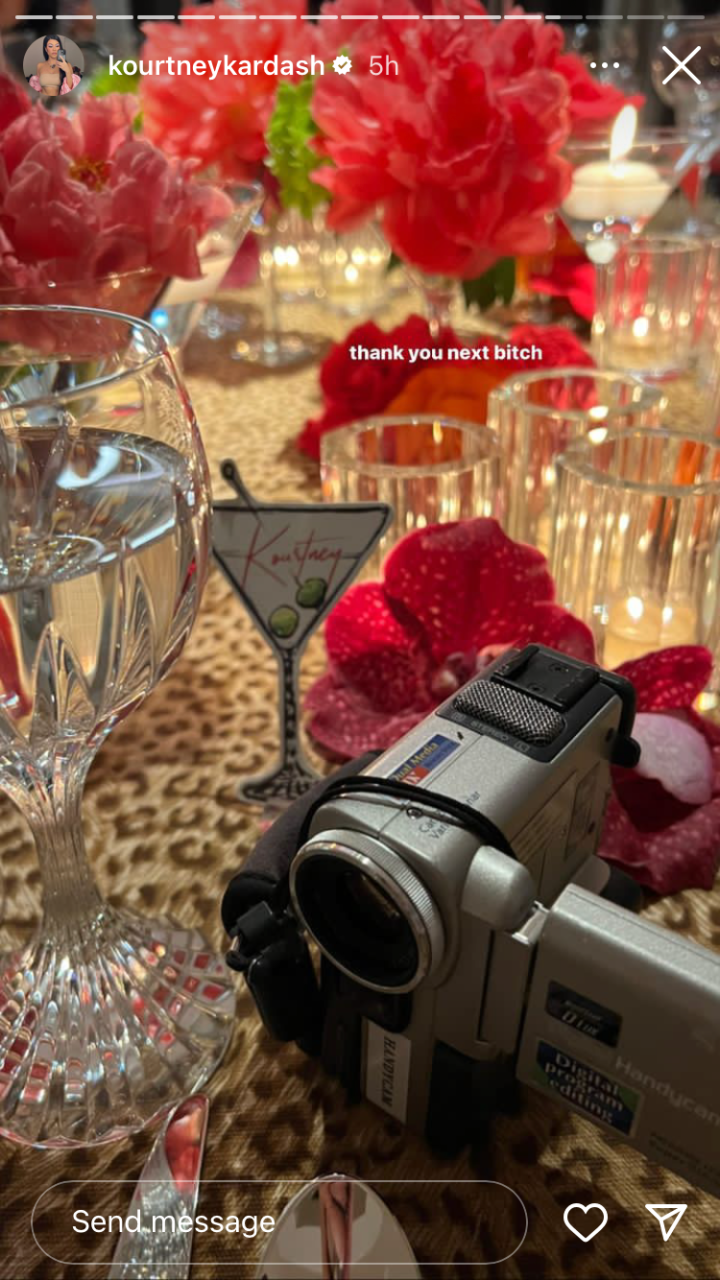 These pics have made me realise that if I was as sickeningly, mind-bogglingly wealthy as the Kardashians I would spend at least 40 per cent more of my time hosting elaborate themed dinner parties.

Image: E! / Keeping Up With The Kardashians / TikTok / @kimandnorth