Equal parts cool and cringe couple Travis Barker and Kourtney Kardashian went and got bloody hitched in Vegas because of course they did.

TMZ reported that the happy couple eloped at a Las Vegas chapel at approximately 1:30 a.m. after attending the 2022 Grammy Awards together and smooching all night.

They went for the full monty and even got an Elvis Presley impersonator to preside over the ceremony.

Kourtney has now shared a bunch of piccies from the blessed, albeit corny, event on her Insta.

“Found these in my camera roll,” she began.

“Once upon a time in a land far, far away (Las Vegas) at 2am, after an epic night and a little tequila, a queen and her handsome king ventured out to the only open chapel with an Elvis and got married (with no license). Practice makes perfect.”

With all of this said, they’re not *legally* married, as insiders told Page Six that they never got a marriage license, so it was merely a symbolic gesture.

“They had a ceremony, but on paper it’s not legal yet,” one insider told the publication. 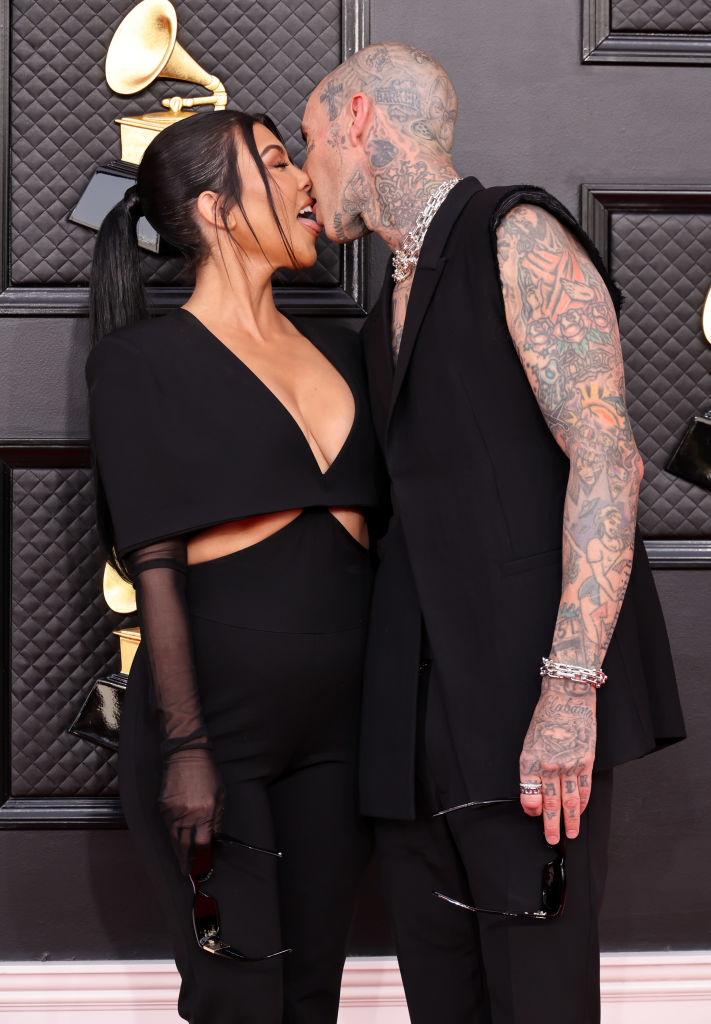 The One Love Chapel, where Barker and Kardashian tied the knot, usually doesn’t conduct wedding ceremonies if the couple doesn’t have a proper marriage license, but it looks like they bent the rules for the celebrity pair.

It sounds like it was just a bit of fun as sources told TMZ that they’re planning “several” other celebrations with “lots of fanfare.”

Kardashian and Barker got engaged during a beachfront proposal back in October 2021 after dating for about nine months.