In this house, we stan a random reality TV crossover and a member of SAS Australia discussing Kim Kardashian is definitely something that piques our interest.

SAS’s Mark “Billy” Billingham appeared on today’s segment of Nova’s Fitzy & Wippa where he shared alleged information about Kim Kardashian getting robbed in Paris back in 2016.

Given that he used to be a celebrity bodyguard before joining the series, one host asked if he had any intel about the infamous robbery involving Kim Kardashian.

“Did you see the Kim Kardashian robbery, could you see where that went wrong? I mean she had a bodyguard but they got right up in there?” the host asked.

“Yeah talk about inside job,” he responded. “I don’t know the truth on it but you’ve gotta be careful you know. That’s the hardest part of being a bodyguard or having your own security is trust, it’s all about trust.

They reckon it was an inside job, if I had to make a guess I would say it probably was. A tip off to somebody else, yeah we’re gonna be here at this time. You’ve gotta look at all options and suspect the people closest to you, especially when it’s very very personal you know.”

Catch the full chat below:

On October 3, 2016, Kim Kardashian was robbed at gunpoint at a hotel in France during Paris Fashion Week, when masked men stole millions of dollars worth of jewellery from her in the middle of the night — including a (USD)$4 million ring.

The Kardashian-Wests subsequently fired then sued their bodyguard Pascal Duvier and his security and protection company Protect Security.

According to documents obtained by PEOPLE, Duvier and Protect Security“negligently, carelessly, and/or recklessly performed their protection, security, monitoring, inspection, and/or surveying of” Kim Kardashian as well as the Hotel. 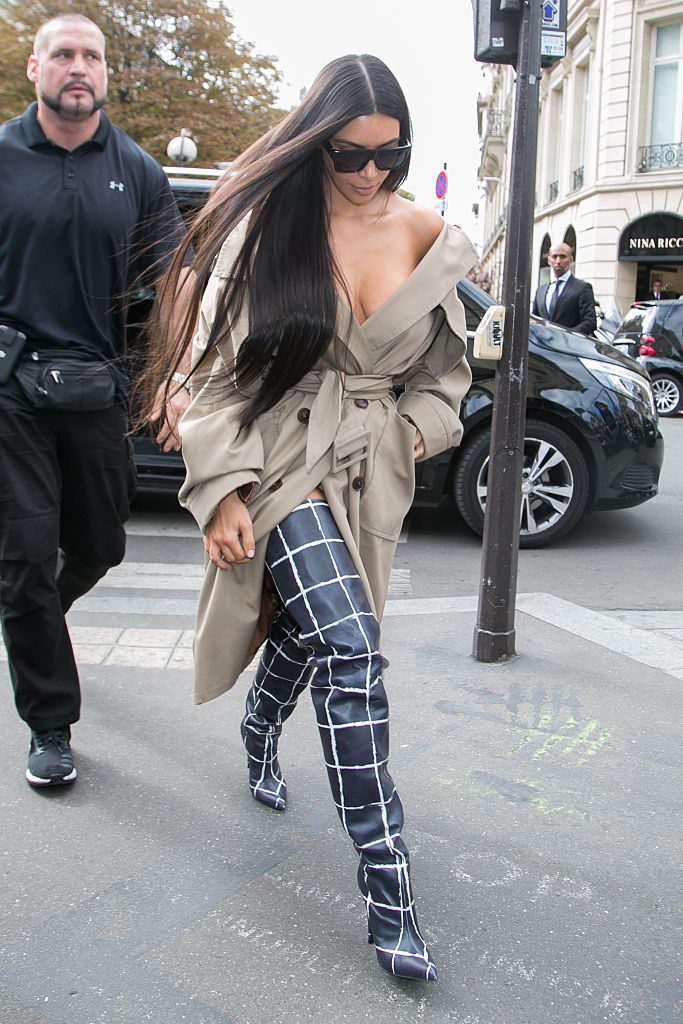 Duvier and Protect Security “should have known that they were required to protect, secure, monitor, inspect, and/or survey … using the skill and care reasonably expected of those in this industry.”

Kim Kardashian and her rapper husband Kanye West parted ways with Duvier one month after the attack.

“Pascal no longer works for Kim and Kanye, but he wasn’t fired,” a source told PEOPLE at the time. “He instead reassigned himself to another family for professional reasons. Pascal thought that he did let down Kim and didn’t do his job properly in Paris. They all agreed that it was better for Kim and Kanye to hire a completely new security team.”