Kim Kardashian has had a renaissance in Australia after starring alongside *our* Sharon Strzelecki in that Uber Eats ad.

But today, she has ruined her reputation forever (well, with me) by having the absolute worst Christmas decorations of all fucking time.

On Thursday, Kimmy took us for a tour of her Hidden Hills mansion, all tizzied up for Christmas. Except… not at all.

There is not an ounce of red or green in sight. Instead, Kim’s gone for a white-on-white effect, with glowy white trees she said remind her of Whoville from How the Grinch Stole Christmas. I just don’t think you should model your festive decor off The Grinch but sure.

Saint’s into the tree, at least.

Look, I get that some people love an all-white Christmas. I could accept this whole white tree business if there was something more fun going on elsewhere. But there is not. We have a relatively cool yet honestly, quite spooky fairy-lit garden: 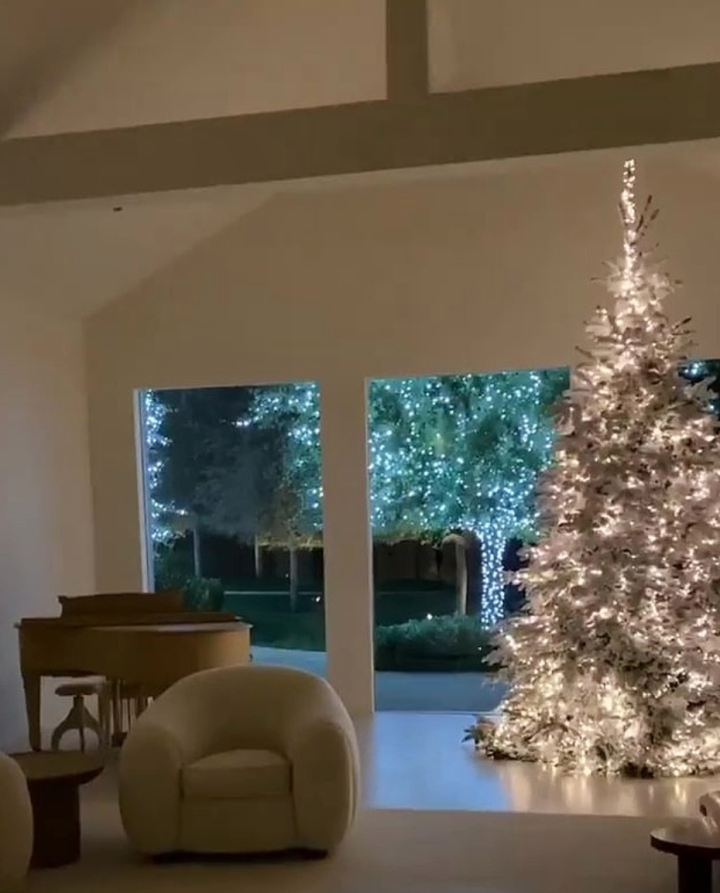 But then, the piece de resistance. What the shit is going on here:

Those are not just weird art statues. Kim explained those were the decorations used for the Kardashian Christmas Eve party in 2018, and that she has now inherited and is, for some god-awful reason, trying to pass off as genuine festive spirit.

It’s so un-festive it’s kind of Grinchy – like if The Grinch and Cruella De Vil came to ruin Christmas with overly-chic decorations that sapped all the joy out of the room.

I for one would have VERY much appreciated some disgusting kid-made “ornaments” that are formed of solidified play-doh and human hair, you know?

READ MORE
STALE TAKE: The Holiday Had A Terrible Ending That Made No Sense