Moscow. Paris. Beijing. Cairo. Tokyo. London. New York. Harare. Buenos Aires. All of these cities and more are presumably overrun with mindless mobs — citizens flipping cars and lighting shops on fire in a fog of senseless rage and grief — as the world attempts to grapple with the worst possible eventuality: Khloé Kardashian setting her Instagram account to private.

The account inexplicably went dark after posting photos from her daughter True’s first birthday party, with no references yet made to her newfound off-the-grid status. As all of the world’s population minus her 91.3 million followers were deprived of her posts, things went to shit:

While most of the planet was too busy engaging in Mad Max-style combat in the midst of the societal collapse of the Earth, some did stop to ask about the efficacy of going private when you have four times as many followers as the population of Australia:

Khloe I don’t know how to tell you this but there is nothing private about having 91.3 million followers on Instagram pic.twitter.com/sVfTNLo8B6

What a mystery. Shortly beforehand she was doing some very ~going through some stuff~ vagueposting, which might hint at something going on: 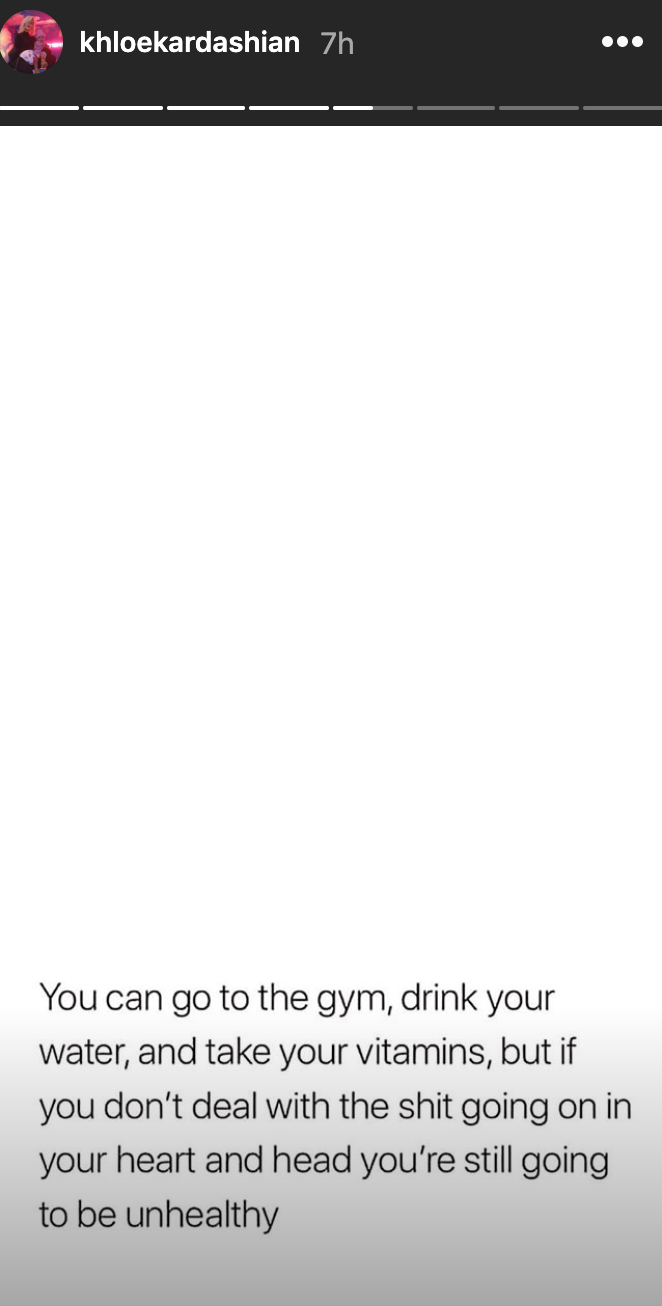 I wish you nothing but the best forging a new life for yourself in the apocalyptic wasteland that the planet is shortly going to descend into.

Image: Getty Images / Hollywood To You