Horse Whisperer of the 18-25 demographic, incumbent Prime Minister Kevin Rudd hit the campaign trail running today in the quaint foothills of Springwood, Springwood/It’s a helluva town to deploy the heaviest weapons cached in his rhetorical arsenal: new slang and the selfie.

“KRudd!” the streets of Springwood reportedly rang out as the affable silver fox deployed various idioms to charm the Blue Mountains’ Macquarie electorate into hella chilled submission. “Hi folks!” Rudd repeatedly flung around with youthful abandon; “Hi guys!” was another greeting popular on The Streets, one he dispatched with great frequency.

Today’s Sydney Morning Herald reports Kevin then strolled into the local pub, the Orient Hotel, to smize for photos with four youths reported to be drinking beer for Elevenses.

“Put it this way, Julia Gillard got sandwiches thrown at her,” remarked one such Youth.

“It’s the cool factor. He’s just cool and understands young people,” said another speaking in the hashtags, before seizing the one shot, the once-in-an-electoral-year opportunity to take a selfie with the Ross Geller of Australian politics – YOLO, Lose Yourself, memes, et cetera.

“You see, he just relates,” the excitable Youth managed to eek out afterward between teeth chattered down to chalky stumps.

Later on, Kevin would remark, “Most of my friends are young people… my three kids are my best friends. As a result, their friends are my friends, and as a result you come out with really trendy things like saying, ‘let’s cook with gas’.”

Real talk: on a two-selfie-preferred basis, who do you trust to represent you as Prime Minister of Australia[n selfies]? 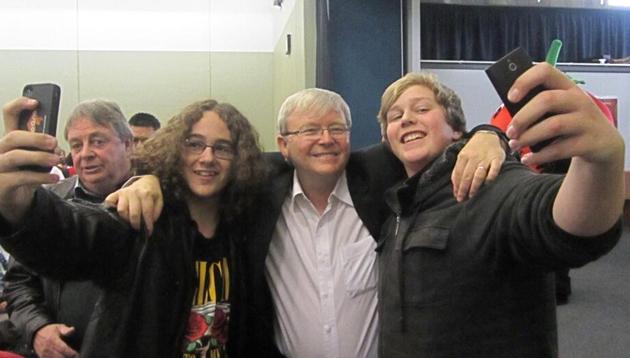 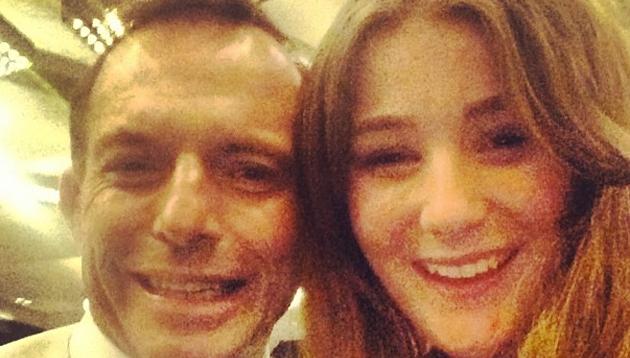 via The Sydney Morning Herald