The reality star turned super model was out doing an innocent lil grocery shop (the butler must’ve been off sick) when she spotted an extremely jacked guy wearing one of those ‘Kill The Kardashians’ tops that Slayer‘s Gary Holt once wore on stage.

Jenner took to her Instagram to share a video of the Kardashian hater and captioned it: “popped out to grab some milk.” 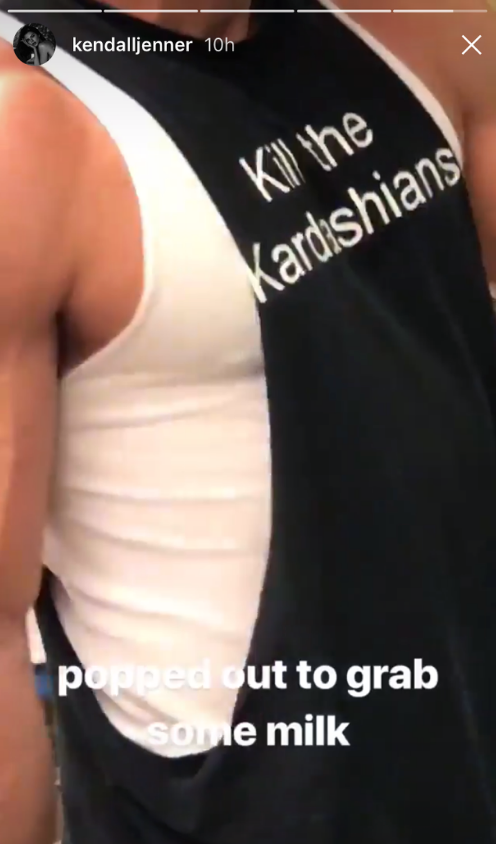 Back in 2014, Kendall bought into the whole band tee craze and was spotted on many occasions wearing Slayer tees (we have yet to find out if she knows a single Slayer track, mind you).

Noticing the young celeb’s penchant for wearing his band’s merch, guitarist Gary Holt was spotted wearing a similar version of the above muscle tank during several concert dates.

Images of Holt wearing the shirt were then used as a marketing tool to sell the garment on the No Love Apparel website (which, we assume, is where the ripped gentleman found his, well, ripped top).

At the time the website released  a statement saying that they do not “condone killing ANYONE”, however they think “the shirt is funny.”

Despite Holt’s t-shirt attack, Jenner continued to wear her Slayer tops loudly and proudly and it looks like she isn’t too phased by it this time either.