I’m an avid Kath & Kim fan. I don’t hide notifications for ‘Da Kath & Kim Appreciation Society’ on Facebook, for example. I turn the show on whenever I need a mood boost, which is always.

But friends, I’m ashamed to say I had no fucking idea that Jane Turner played the jocket in the infamous Melbourne races episode until today.

For those who aren’t as up on the Kath & Kim facts, Jane is a co-creator and plays Kath Day-Knight, long-suffering mum of Kim Craig and foxymoron of Fountain Lakes.

Jane is also an incredible Australian comedian, so it’s not THAT surprising that it hadn’t registered with me (and, hopefully, you so I don’t feel so alone) that she was the woman behind this phenomenal energy: 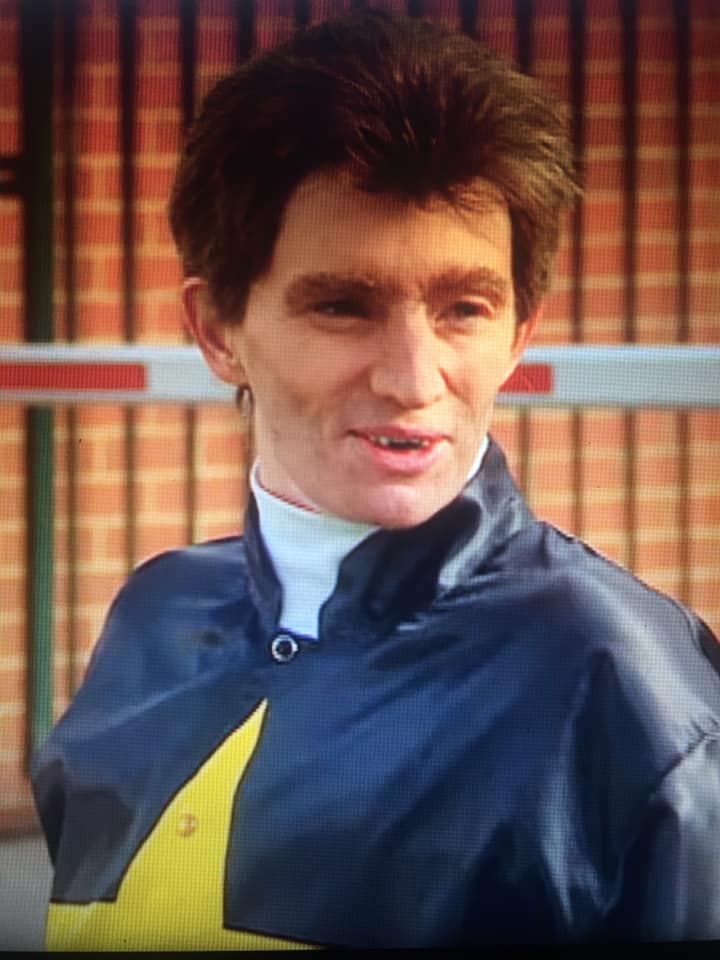 There’s no online video footage of the scene, but for anyone who is blanking – Kath, Kim and Sharon head to the races, wrangle their way into The Birdcage and piss off a bunch of Aussie celebs, including an iconic moment with Rachel Griffiths:

Sharon hangs around the racetrack and meets Damien, played by Jane Turner (!!!) who hits on her and is generally creepy.

During my exhaustive research, I am fairly sure Damien is actually based on this guy:

That’s Damien Oliver, if you’re not up with racing history. An Aussie thoroughbred racing jockey, Damien was the focus of Australian film The Cup, about his 2002 win against all odds or something.

ALSO, Jane played a jockey way back on Big Girls Blouse, the show that started this Kath & Kim business.

So she already had the vibes down pat.

See! You came here just to see evidence that Jane Turner played Damien the jockey in The Mango Espadrille episode of Kath & Kim, and you got EDUCATED. What a time to be alive, folks.

READ MORE
I Just Remembered That Time Kath & Kel Did 'Dancing With The Stars', What A Holiday Treat