Karl Stefanovic‘s engagement to model Jasmine Yarbrough has certainly gone from 0-100 REAL quick. The couple – who only announced their engagement a month or so ago, went ahead over the weekend with a v low-key ‘commitment ceremony’. Yes, we are also confused. 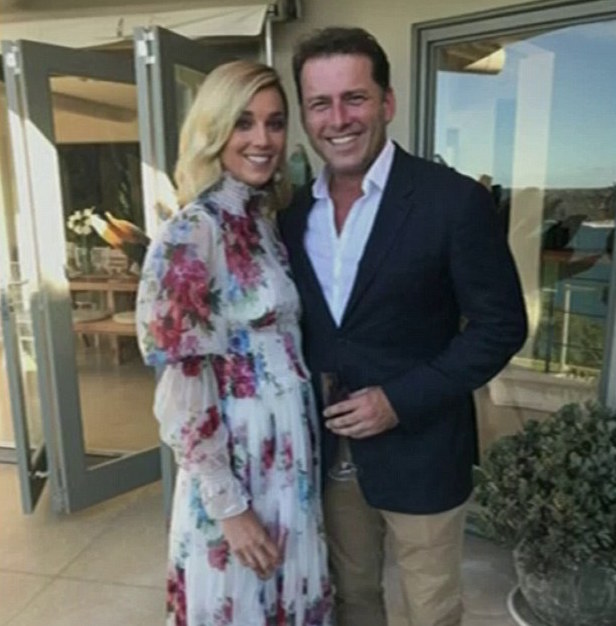 That photo is a blurry mess bc the only pics circulating besides weird distant pap ones were shown on Today this morning by fill-in host Ben Fordham and Sylvia Jeffreys, who was there on the day bc she’s married to Karl’s bro Peter Stefanovic (guys come on. I hope you knew that. That is primo Stefanovic brother information). 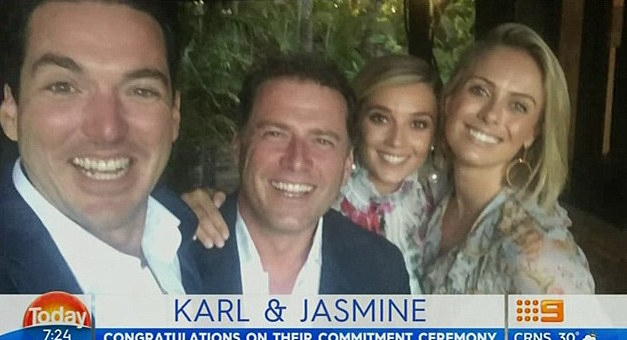 The ceremony was held in Palm Beach over the weekend, and given Jasmine wore a bloody Dolce & Gabbana dress we’d hedge a few bets that this was a pretty serious affair.

“A big congratulations to our very own Karl Stefanovic. You may have noticed Karl is not here today. He is on assignment for 60 Minutes this week, but he is also celebrating the fact that he held a commitment ceremony over the weekend with his fiancée Jasmine,” Ben explained.

Sylvia dropped in her two cents as an actual guest.

“(It was) very full of love and full of laughter, and a very special occasion for the two families to come together and to share something so intimate,” Sylvia said.

You’re coming in REAL close to a verbal “live, laugh, love” sign there Sylvs but I’ll forgive you bc you’ve never hurt me before.