What The Fuck Happened To All The Kardashian / Jenner Pets? An Investigation

Have you been following the Kardashians since day one? Tracking every single goddamn move they make, whether it be a new house, a new bag, hell, even a new Instagram post? Same.

But since there are SO many of them and there’s SO much that goes on in their lives on the daily, it’s easy to lose track of some things, AKA their pets.

There are a bunch of furry friends that the fam has either gifted each other or adopted that I haven’t seen in an episode or social media snap for a while and I’m high-key concerned.

According to iheartdogs.com, the Kardashians have had approximately 40 different types of animals in their homes and very few of them have been accounted for recently.

Let’s start with the doggos.

Fans first became wise to the oodles of poodles that Kourtney Kardashian owns when she announced she’d gotten her three kids a Golden Retriever puppy for Christmas. People were quick to ask what the fuck happened to her other dogs, like Honey, the Pomeranian she adopted for Penelope. 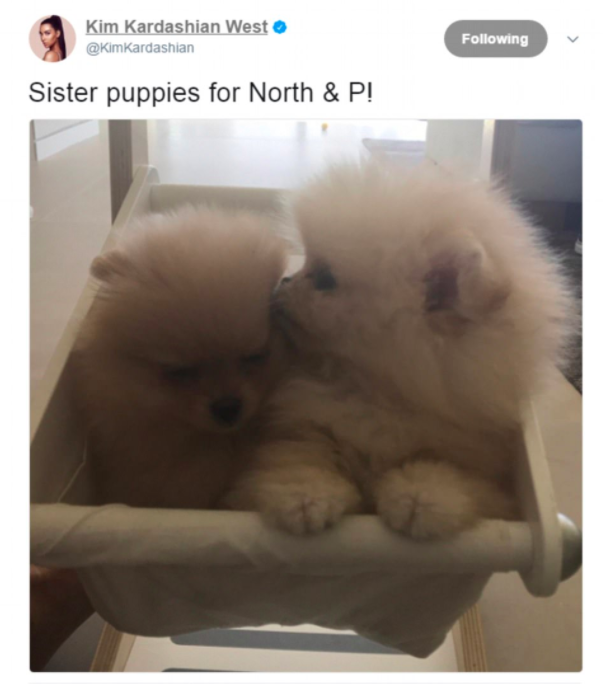 She eventually gave in to the social media pressure and wrote: “Wow so much negativity. We still have Honey, but thanks for your assumptions. I’ll assume Santa wasn’t good to you, hence your vibes.”

And truth be told, I spotted lil Honey in a snap back in April, so she’s off the hook. The Golden Retriever, however? I ain’t seen her in ages.

Similar questions have plagued the fam for years, prompting Kim to address the rumours on her website.

“I thought it would be fun to give you guys the rundown on all our pets over the years,” she wrote on her personal app. “I remember almost every pet we’ve had, and some are still around.”

Over the years the family has collected many different dogs, including Kylie Jenner’s growing personal pound. Of the pooches, Kim says Bella, a white Maltese, went to live with Pastor Brad Johnson and Dolce, a blonde Chihuahua, was killed by a coyote. Fuck.

It’s still unclear what happened to the majority of the other dogs, though. 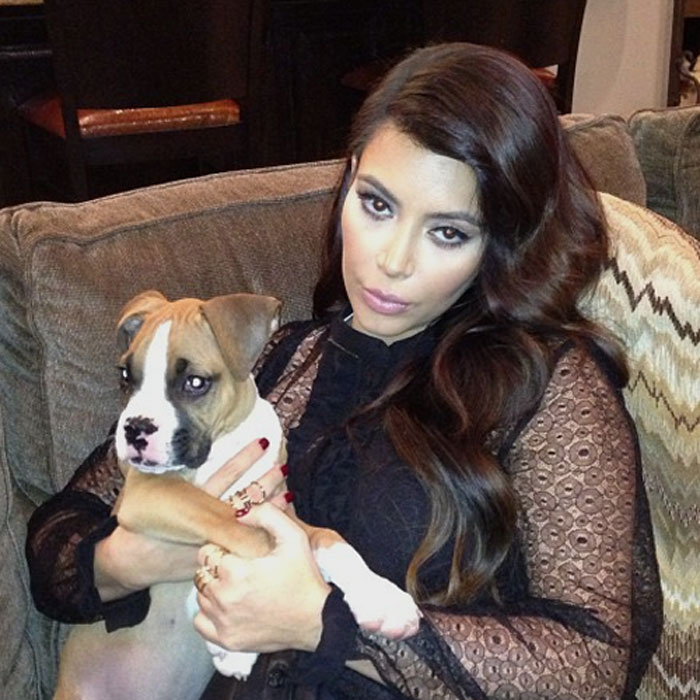 Kim also explained that Khloé Kardashian and Lamar Odom’s boxer, Bernard, was given to a friend when the couple broke up in 2013.

Khloé was also once the proud owner of a peacock named Peter Pan. He currently lives at her old house with its new owners.

Mason Disick, Kourt’s son, once received a pet cat named Charli, but he was given up for adoption when Reign was born in 2014.

Meanwhile Kylie’s got a pet rabbit named Bruce who we ain’t seen in ages along with various other dogs. I mean, Norman frequently appears in her snaps, but that’s about it.

WHERE ARE ALL THE OTHERS?

this face gets me every time

And what about the less common pets who became prominent plot points of the show, like Kris Jenner’s monkey Susie?

Or Kylie Jenner’s pig? Did he become bacon in the end?