Sydney producer Joyride is an eternal larrikin boy. His art forms are music and piss-taking, and not necessarily in that order. That’s not a diss against his music, which is good, but merely a big bloody tick in the ‘shit-posting’ column.

Last night, he attended Taronga Zoo‘s Roar and Snore event, where you get to glamp overnight at the zoo and see all the animals do their thing w/o the general admission plebs. 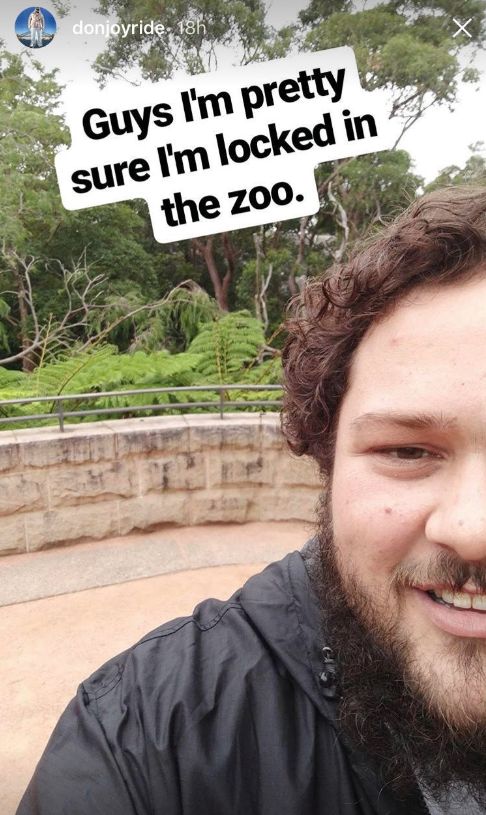 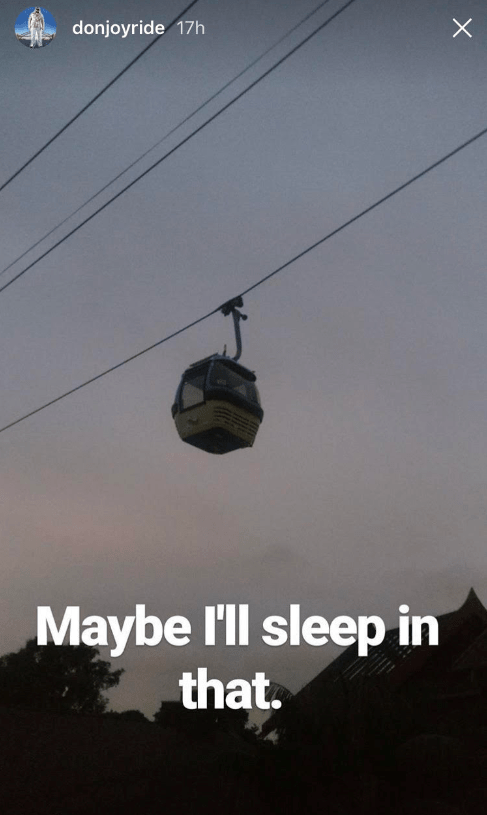 …and these absolutely fecking useless creatures. 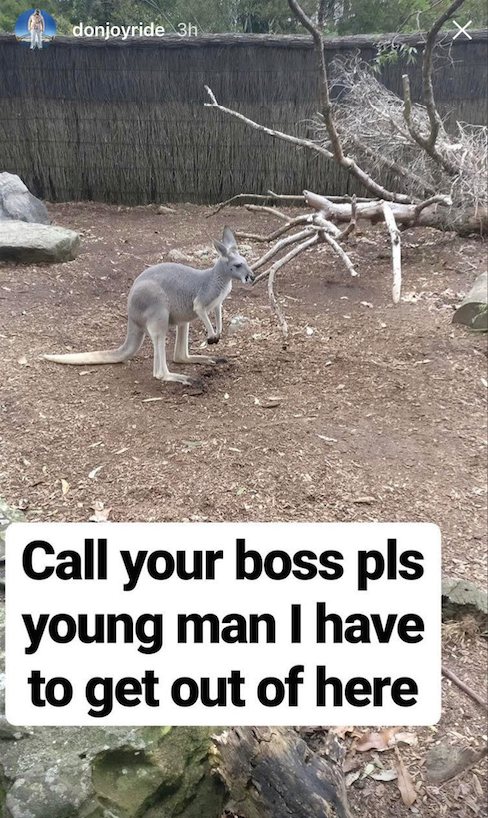 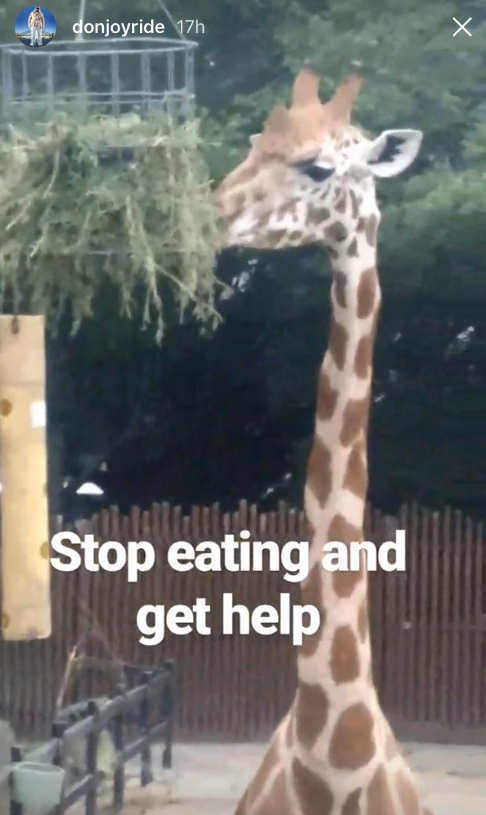 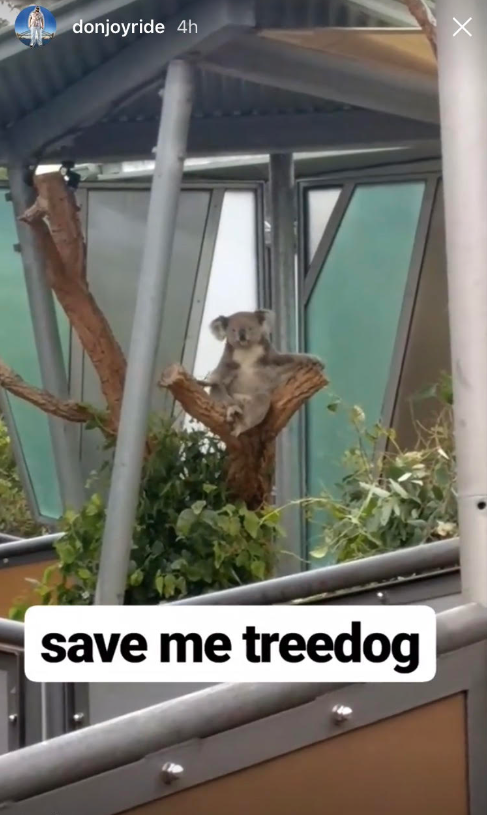 Turns out, a lot of people thought Joyride was very legitimately trapped at the zoo, which would be slightly less believable (he had a phone! He was INSTAGRAMMING) if DJ Kahled didn’t once get lost on a jet ski and Snapchatted for help.

Joyride told us the he never expected people to actually fall for it. “I can’t believe people went for it, knowing how much shit I talk,” he told us. “I’m glad people still believe me.”

He reckons it was the video of screaming chimps that did it – which was courtesy of YouTube, not Taronga.

You know what though? Bless. Bless all of you who replied to his story asking if he was okay / where he was going to sleep / if it was legit (which includes a member of the PEDESTRIAN.TV editorial team, who will remain nameless).

But particularly bless one of his mates, who told him “to find the platypuses if I wanted fresh water (they’re fresh water dwellers).”

Watch his full story on Insta before it disappears: @donjoyride.