The soon-to-be makeup mogul shared the following snap and captioned it:

“Girls be doing the most to show off their nail colour.” 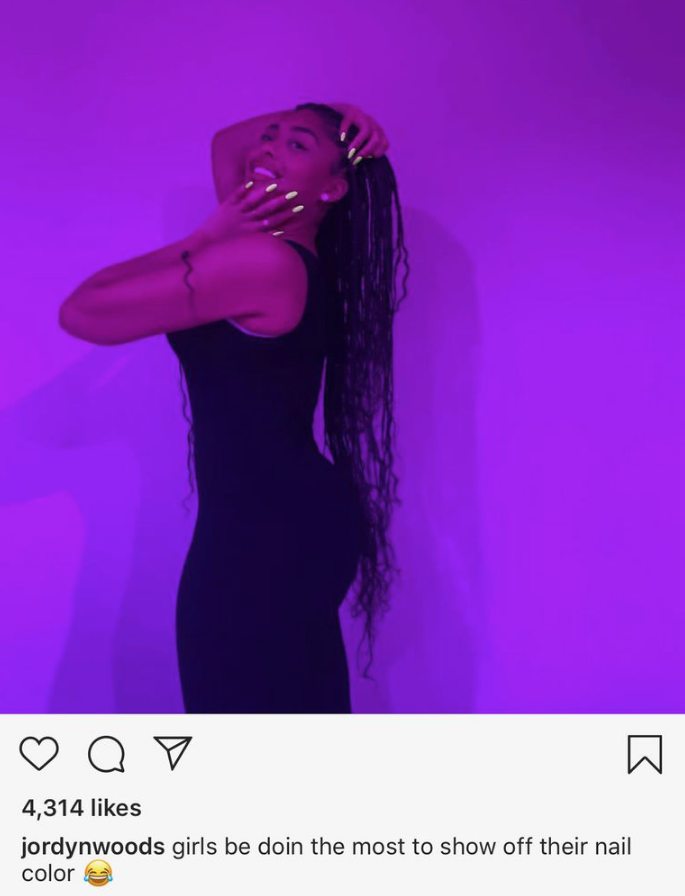 Shortly after, she deleted the snap, leading fans to wonder if it’s because she didn’t want to stir the pot any further.

“The low-key shade,” one fan commented. “Kardashians who?” wrote another.

Sounds extremely reachy, I know, but a quick scroll through Kylie’s recent pics shows that she’s defo the type of girl that Jordyn is shading.

It’s also worth noting that Jordyn recently threw her hat in the beauty ring and is seemingly competing with Kylie to become the next big beauty boss.

Woods is now pedalling beauty products at the same time as Jenner dropped her new range via Kylie Cosmetics.

Plus, fans recently accused her of ripping off Kylie’s lewk with her London get-up, as seen on Insta.

Kylie and Jordyn’s famous friendship still hangs in the balance as the reality star is reportedly doing all that she can to stay out of the drama.

“Kylie doesn’t want to get involved with the Jordyn thing. She doesn’t really want to talk about it,” an insider shared.

Another source revealed: “Kylie took a little break from filming Keeping Up With the Kardashians and recently got back into filming. It’s been a struggle and difficult. She was very upset about the situation with Jordyn and also just didn’t want to deal with it and have to address it.”

Welp, if Jordyn’s gonna keep throwing her girl under the bus, a reunion seems unlikely.