Hold on to your fkn hats, boys and girls, ‘coz Johnny Depp‘s bombshell Rolling Stone interview has just been released and I guarantee you that his PR team are currently in the middle of a crisis meeting as I type.

The 55-year-old actor offloaded a whole lotta intel during his sit down with the mag from the controversial and public breakdown of his marriage to Amber Heard, his relationship with disgraced Hollywood giant Harvey Weinstein, his battle with drugs and alcohol and how he thinks LSD could’ve sped up the search for Osama Bin Laden. I’m literally not even kidding.

The breakdown of his marriage 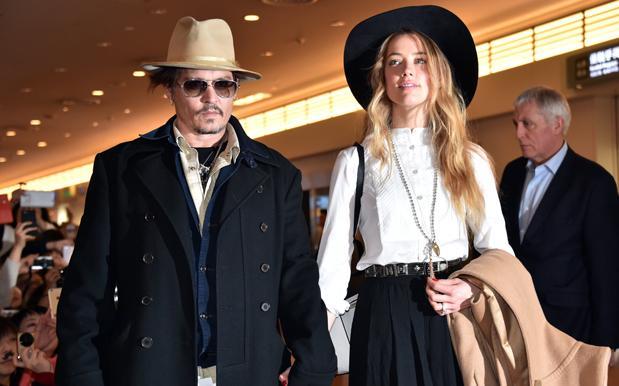 While he wasn’t allowed to mention his ex-wife due to a nondisclosure agreement they both signed, he indirectly speaks of Heard and that period of his life as “as low” as he believed he could have gotten.

Depp’s family and friends allegedly begged him not to marry the actress or to at least have her sign a prenuptial agreement. Insiders revealed that Depp’s relationship with his sister Christi was greatly affected by disagreements surrounding Heard.

“He cut himself off from the only people looking out for him,” a longtime associate said.

Following the end of his marriage, Depp went on tour with the Hollywood Vampires and decided to write a memoir on an old manual typewriter.

“I poured myself a vodka in the morning and started writing until the tears filled my eyes and I couldn’t see the page anymore,” he said. “I kept trying to figure out what I’d done to deserve this. I’d tried being kind to everyone, helping everyone, being truthful to everyone. The truth is most important to me. And all this still happened.”

Whether or not it’ll ever see the light of day is another story… you know how unreliable them old school typewriters can be.

He literally has lines fed to him through an earpiece

The actor admits to hiring a sound engineer to feed him lines when filming, as “the sounds fed to him made him act with just his eyes.”

“I’ve got bagpipes, a baby crying, and bombs going off. It creates a truth. Some of my biggest heroes were in silent film. It had to be behind the eyes. And my feeling is, that if there’s no truth behind the eyes, doesn’t matter what the fucking words are.”

Daniel Radcliffe didn’t need to have lines fed to him through an earpiece and he had to battle the dark lord while saving Hogwarts from annihilation, but okay…

His own encounter with Hollywood “asshole” Harvey Weinstein 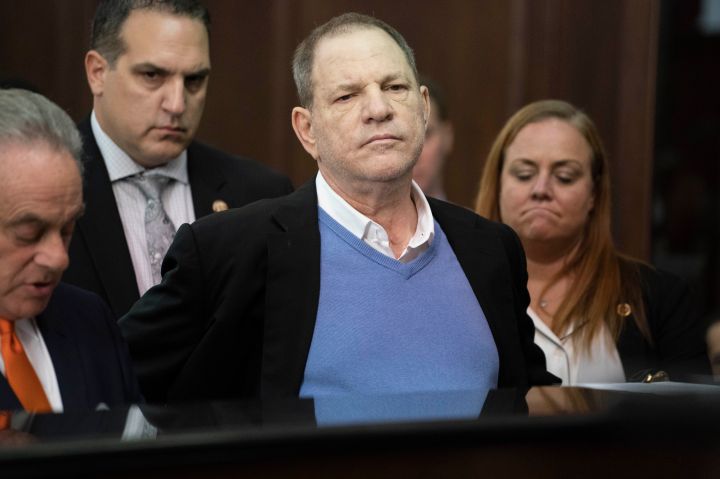 Harvey Weinstein appears at his arraignment in Manhattan Criminal Court.

As Depp flipped through the news and spotted a piece on disgraced producer, Harvey Weinstein, he shook his head and called him an “asshole”, then recounted his own memories of the serial abuser.

“He was a bully. Have you seen his wife? It’s not a wide range. It’s not like he went, ‘I must go to the Poconos to find some hairy-backed bitch.'”

He also recalls once tagging along with Weinstein to drop his daughter off at school.

“The image that took my breath away was Harvey Weinstein, a goliath Shrek thing, bending down to put on his daughter’s raincoat.”

READ MORE
"We Got You": Harvey Weinstein Accuser Rose McGowan Reacts To His Arrest He goes on to say that he is still very fond of beloved pirate Captain Jack Sparrow (whose personality was based on Depp’s idol Keith Richards) and is very protective of the character, therefore he resents what the Disney screenwriters have done with him in recent films.

“Why must you have these fucking heinous subplots?” asks Depp. “It’s convoluted. There is not a fucking soul that wants to see Captain Jack Sparrow sad.”

He recalls having battled with writers on several occasions about the direction in which they were taking the character and I can’t say I disagree with him on this one! (Frame this moment, it’ll never happen again)

And lastly, he has some thoughts on the capture of Osama Bin Laden

If there’s a soul on earth who’s ever wondered what advice Johnny Depp has on the capture and control of terrorists, then I really would not like to meet them.

“You get a bunch of fucking planes, big fucking planes that spray shit, and you drop LSD 25,” he says. “You saturate the fucking place. Every single thing will walk out of their cave smiling, happy.”

Multimillion-dollar lawsuits, a haze of booze and hash, a marriage gone very wrong and a lifestyle he can’t afford. In our exclusive new feature, we take you inside the trials of Johnny Depp. "I kept trying to figure out what I'd done to deserve this," he says. "I'd tried being kind to everyone, helping everyone, being truthful to everyone." Click the link in our bio to read the full story. Illustration by Matt Mahurin (@mattmahurin)

Bear in mind that this was just a bite sized edition of the bat shittery, there’s a whole lot more in the full interview here.