Joe Exotic, the subject of that wild Netflix docuseries Tiger King, has had more tea spilled about him while he’s behind bars.

Exotic’s niece Chealsi Putman has spoken out, exposing all the dark family secrets that were not shown on the viral doco.

“In the Tiger King Netflix series, you can see glimpses of his evil persona but in real-life Joe is 100 times worse. I want people to know who the real Joe Exotic is, not the one you’ve seen on TV,” Putman told DailyMailTV.

The 31-year old mother of three is also revealing for the first time how she helped the FBI catch her uncle when he was on the run in Florida. 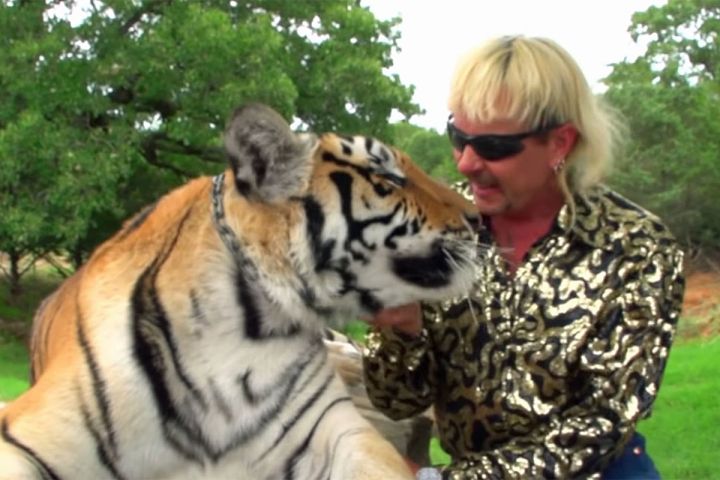 She makes some pretty heavy claims, such as alleging that her uncle froze dead tiger cubs in order to sell them to taxidermists and had videos of people performing sex acts on animals at the zoo.

“Over the years there must have been at least 10 tiger cubs that he froze. I have no idea what happened to them, they would just disappear,” she claimed.

She also alleged that he once asked her to take a dead tiger cub to Oklahoma City to a taxidermist to get it stuffed, but she refused.

READ MORE
Doc Antle Calls Out ‘Tiger King’ Director In Oz Radio Interview, Claims They Were All Lied To

Joe allegedly not only illegally sold tiger cubs, he also sold baby monkeys, according to Putman, who recounts this wild story about her uncle’s interaction with monkeys.

“A few years ago, at the zoo we had a monkey who just had a baby, Joe wanted to take the baby monkey away from it’s mother so he could sell it.

“He was going to shoot a tranquilliser dart into the mother monkey so he could take the newborn baby away from her.

“He shot a total of five darts into the mother until she dozed off so he could pry the baby monkey away from its arms. I was disgusted by his actions, he’s lucky the mother monkey didn’t die,” Putman said.

“Our relationship was up and down, mainly because I wouldn’t put up with his bullshit,” she said.

“I’ve personally witnessed Joe spray a tiger with a fire extinguisher, not out of a safety or for a life saving reason, but because the tiger didn’t react the way Joe had wanted it to.”

She also told the publication there were videos of certain people performing sex acts on some of the animals at the zoo.

Following her statements, she clarified she never personally saw any of the videos, saying: “I didn’t want to see them, I just heard about them.”

Putman, whose mother is Joe’s youngest sister, believes Joe was once a “good guy and genuinely cared for the animals,” but after realising how much money he could make, he began abusing them.