Jessica Simpson has called out Vogue after being “body shamed” by a staff member who claimed her breasts fell out of her dress at the 2007 Met Gala.

In ‘Only at the Met’ — an oral history of the annual ball, which was published on Vogue.com on Tuesday — the magazine’s former creative digital director Sally Singer recalls of Simpson that “her breasts maybe fell out of her dress on the red carpet … and then at dinner it was suddenly like, whoa, Jessica Simpson’s breasts are across from me at the dinner table and they are on a platter and I’m looking at them.”

Simpson fired back on Instagram by posting the famed picture of Sophia Loren side-eying Jayne Mansfield’s breasts at a dinner with the caption, “Feeling a little like Jayne Mansfield after reading this (inaccurate!) oral history of the #MetBall where I am body-shamed by [Singer].”

Feeling a little like Jayne Mansfield after reading this (inaccurate!) oral history of the #MetBall where I am body shamed by #SallySinger (https://www.vogue.com/article/the-complete-met-gala-oral-history) ????…But in all seriousness I have persevered through shaming my own body and internalizing the world’s opinions about it for my entire adult life. To read this much anticipated article about the classiest fashion event there is and have to be shamed by another woman for having boobs in 2020 is nauseating.

The star, whose figure has been criticised in the press for years, continues, “I have persevered through shaming my own body and internalising the world’s opinions about it for my entire adult life. To read this much-anticipated article about the classiest fashion event there is and have to be shamed by another woman for having boobs in 2020 is nauseating.”

In another part of the article, Michael Kors recalls dressing Simpson one year, saying that he went to find her in the bathroom after he realised she’d been gone from the bash for a long time.

“She was in a stall because her zipper broke and she actually couldn’t close her dress,” he said, “So we got a needle and thread and we sewed her back into the dress!” 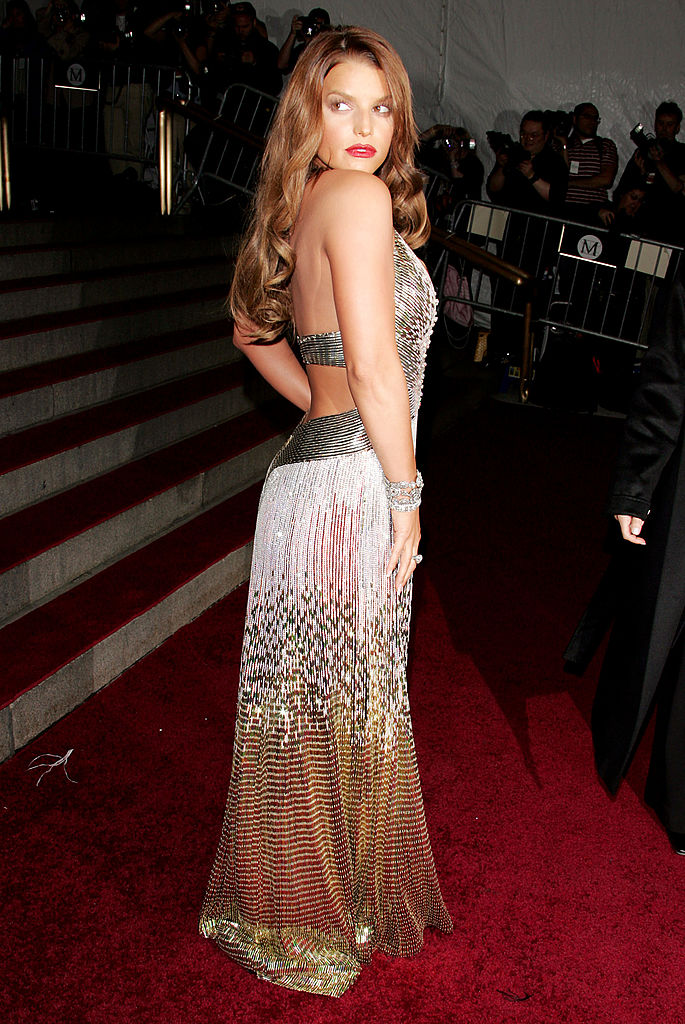 Jessica Simpson at the Met Gala in 2007, which she attended with then-BF John Mayer (Credit: Getty)

He claims Wintour would badger him about going to the gym and once even staged an intervention with Talley’s pastor and designer Oscar de la Renta and his wife.

At the intervention, Wintour said that Talley’s weight was “out of control” and made him agree to attend rehab at the Duke Diet and Fitness Center.

READ MORE
The Most Iconic Looks In Met Gala History, From Jared Leto's Two Heads To Rihanna's Everything

Despite initially losing weight, he put it back on and returned to the center three times for a “yo-yo battle I long ago realised I will never win.”

He adds that he’s “too old, too overweight, too uncool” to be worthy of her friendship.

In regards to the Met Gala, he claims Wintour replaced him as a fashion commentator at the Met Gala with a 20-something year of YouTuber, without so much as a reason why.