It wouldn’t be an Academy Awards without Oscar winner (and four time nominee) Jennifer Lawrence doing something painfully relatable. Is it an act? Is it for real? Who knows?! And at this stage, who the hell cares. She does things that make us say “me”, and you can’t get much more online in 2018 than that.

Anyway, the 90th Academy Awards has barely begun – Jimmy Kimmel is doing his opening monologue as I type this – and some clever Getty photographer (Kevin Winter, to be specific) has snapped this pic of Jennifer Lawrence holding a glass of wine and climbing over the seats at the Dolby Theatre. 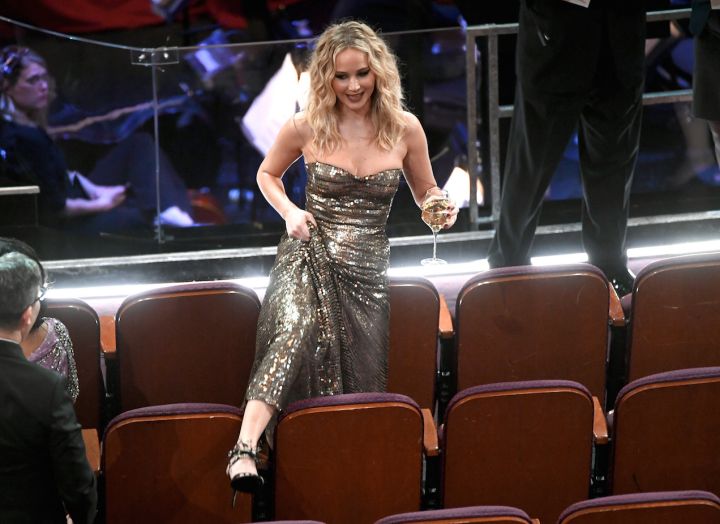 Perhaps she saw a friend a few rows back and wanted to say hello. Maybe she went to the wrong seat and – awkwardly – isn’t actually front row this year. Maybe she was just wanted to prove that wearing a Dior gown and some kind of insane heels isn’t the barrier for climbing on shit that it once was. IDK.

But as much as the Oscars have a reputation for being a stuffy institution that hands out awards to the same people for the same type of shit over and over again, here’s J-Law proving that it should be no more classy than your local Hoyts (if Hoyts doesn’t catch you sneaking in the piss).