Everyone’s eyes are locked on the family of Britney Spears in the wake of her court hearing, which includes her younger sister, Jamie Lynn Spears.

As the whole world chanted “Free Britney”, the Nickelodeon star remained unusually silent, until unleashing a series of Instagram Stories where she slammed people for assuming she hasn’t reached out to her sister, and her response was met with some backlash.

Ya know which other Instagram post has been met with backlash? A bizarre post from January of this year that has been resurrected on Twitter where she insinuates that she’s run over more than one cat in her Tesla (???).

In her original (now-deleted) video, she called the car company Tesla a “silent cat killer”.

“I know there’s much bigger things going on in the world right now, but somebody’s gotta let Elon Musk know that the Tesla is a secret cat killer and it’s a problem that we really got to fix,” the actress said in an Instagram video back in January 2021.

“We have now lost — I don’t even want to tell you how many cats.”

“I mean, you owe me a couple cats,” she said, speaking directly to the Tesla CEO himself, Elon Musk. “And yes, I’m fully aware that there’s some user error involved in this, but I’m just saying, you know, collaborate, save some cats’s lives.”

She then wrote “RIP Turkey” on a video featuring her daughter Ivey. “Turkey, your little kitty cat, went where?” asked Spears. The toddler can then be heard saying, “Turkey went to Jesus.” 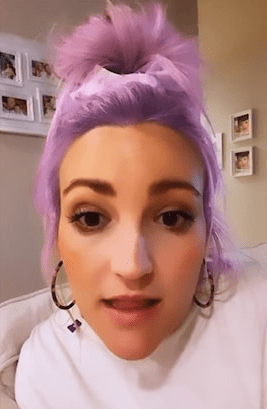 Jamie Lynn Spears went on to suggest that Tesla roll out a feature to make their cars louder because they’re currently too quiet.

“Since the Tesla is so quiet, maybe he could like make one of those noises that bothers like cats or animal ears when it cranks up,” she said. “That way they know something’s happening and they aren’t caught off guard and things don’t end in a very tragic way.”

Sure as shit sounds like she’s saying she ran over a bunch of cats, right? Well, the next day she jumped on Instagram and took it all back and apologised to Tesla which seems… suss.

“Not that it maters, but this is a bit misleading sooo just to clarify…” she began.

“1) I did not run over any cats. 2) TESLA is not to be blamed, and was never intended to be. 3) User error is admittedly involved. 4) We always check for animals before moving vehicle. 5) I was only making a suggestion about something I think would be extremely helpful, and the geniuses at Tesla are the best to go to for said issue. xoxoxo.”

Head here to watch the footage.

Despite happening back in January, fans have certainly not forgotten and they’re reminding folks of what went down via Twitter:

i knew that bitch jamie lynn spears was manic when she ran over her cats with her tesla and tried BLAMING ELON MUSK FOR IT??? pic.twitter.com/Fl4Y9OLHcv

Jamie Lynn Spears pausing her gaslighting to wipe away a tear that did not fall from her eye. This is the same woman who killed multiple cats with her Tesla and posted a goofy video about it blaming Elon Musk instead of not killing cats after the first. Sicko.

jamie lynn spears video was absurd & she was deflecting but does anyone remember a few months ago when she said that she’s killed several cats with her tesla bc the car is too quiet. girl….

I still can’t believe Jamie Lynn Spears ran over 3 of her cats and blamed it on Tesla ????