Iconic Sydney Putt Putt Course To Be Shut Down, Replaced With Sadness

Hey kids, do you like fun? Well too bad, because fun is cancelled for the rest of the day with the news coming in that the iconic Sydney Putt Putt centre in Ermington will be shutting down at the end of April.

I doubt there’s many amongst us who don’t have at least one fond memory of hitting up a local mini-golf centre for some extremely low-stakes revelry, whether it was at a primary school chum’s 12th birthday party, a pre-movie double date activity where you tongue pashed for the first time or perhaps as a mildly intoxicated adult who (rightfully so) thought it would be fun as hell to get shit-faced and swing some miniature golf clubs around, so even if you’re not a Sydneysider, you can relate to the sense of irreconcilable loss.

The epic 18-holer has existed in one form or another since 1969 (nice), and is finally succumbing to this city’s penchant for less-fun & more high-rise apartments by making way for a “mixed-use redevelopment”, which just sounds depressing as fuck. 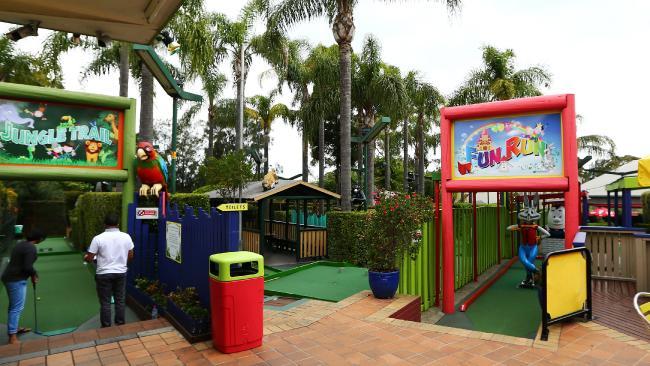 86-year-old legend and Ermo Putt Putt owner Tom Wykoff spoke to the Daily Tele of the heavy loss he and others are feeling:

“This place meant a whole lot to a whole lot of people. There’s not very many people in Sydney who haven’t played Putt Putt at Ermington. It’s a shame it didn’t work out and we couldn’t relocate, [but] can’t do much more now.”

Excuse me whilst I bawl my fucking heart out of my face.

If you want one more crack at experiencing anything close to human joy, you’ve got till April 30 to hit up good ol’ Ermington Putt Putt and try and sink a sweet hole-in-one.