If you’ve been playing Pokémon GO and have somehow managed to avoid being run over by a car, you will have noticed they don’t exactly make it clear how best you’re meant to go about finding and enslaving the tiny adorable animals you will eventually force into fighting battles for your own personal gain.

Here are some sweet tips for doing the best possible job you can while wandering around the streets like a complete dork:

Pay attention to the coloured ring around the Pokémon

It turns out that ring actually tells you two things. The colour of the ring tells you how easy the Pokémon is to catch – green for something easy like another deadshit Weedle, orange and red for something cool and badass like a firebreathing duck with a butt for a head.

The second thing it does is indicate the best time for you to launch your balls at it: hold down the Poké Ball for a bit before throwing it and watch the inner circle change sizes – according to the game’s FAQ, you want to throw it when the ring is at its smallest. This is the exact opposite of what I had been doing for the first few days. 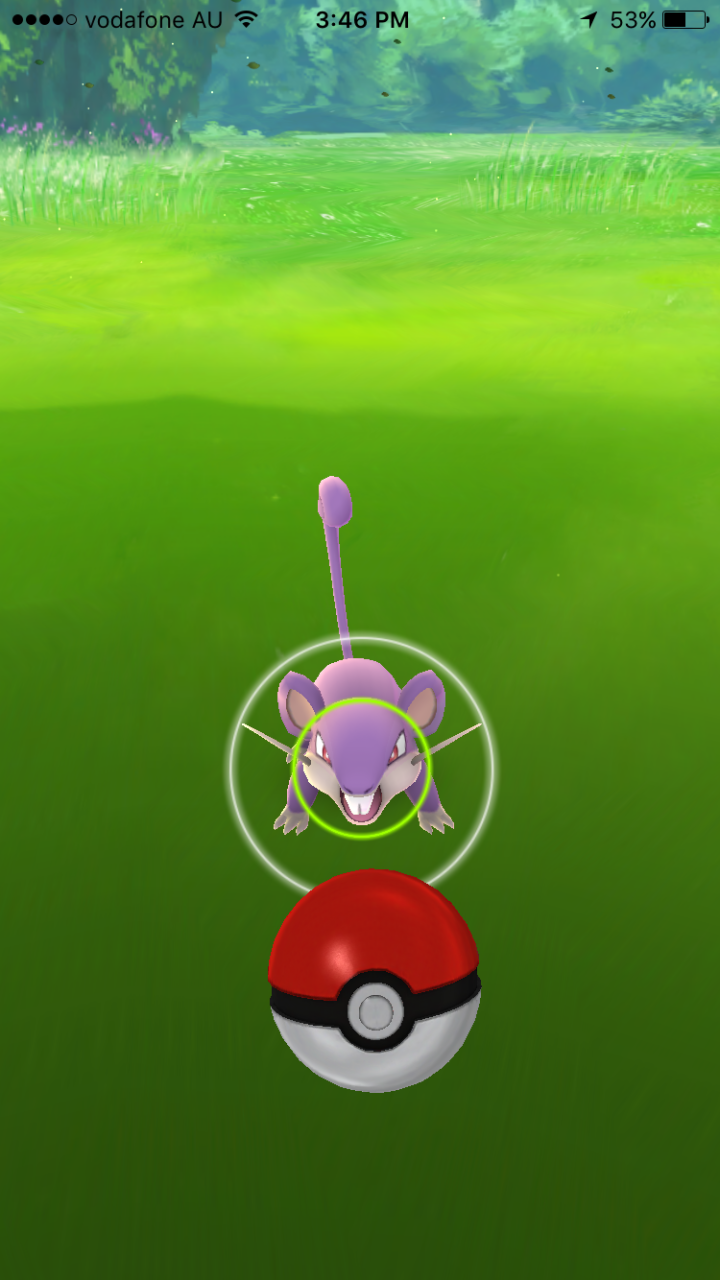 Oh cool, a rat, like the animal you can find in real life.

Clicking on the nearby Pokémon menu at the bottom right will bring up a list of what’s around you at the moment, with a number of footprints letting you know how close they are to you: three footprints for not that close, none for “Drop what you’re doing, there’s a motherfuckin’ Scyther in here!”. 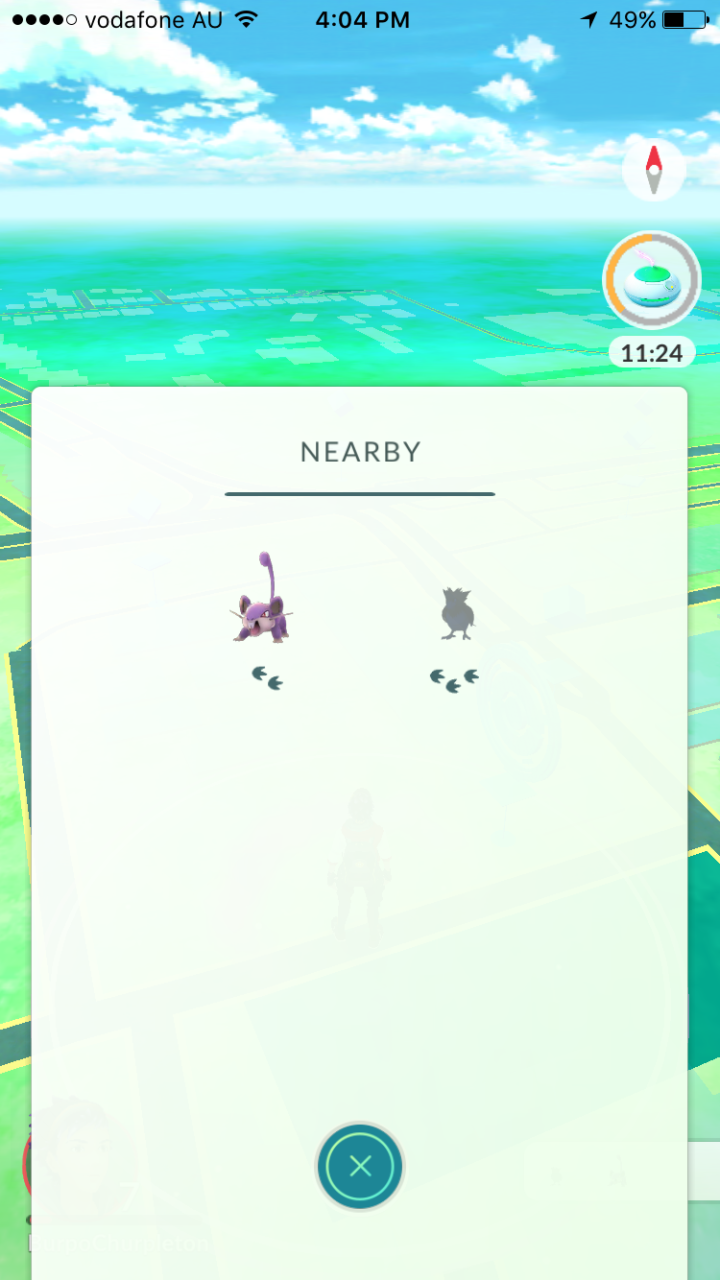 If you’re willing to do a bit of legwork (literal, actual legwork) you can use the distance-o-meter to track down specific Pokémon. Clicking on one on the nearby Pokémon screen will move it down to the bottom right of your screen so you can always see how close it is, which means you can walk around a bit and figure out which direction you need to walk in to find that damn Vulpix.

Keep your screen unlocked if you want to hatch your eggs

It’s a super awkward mechanic but the distance walked count only goes up on your eggs if you’ve got the app open and active, so, if you’d planned on putting it in your pocket and going for a jog, that will not be enough. You’ll have to hold it in your hand and keep tapping the screen while jogging like a complete tool (but a tool with some rapidly hatching eggs).

Drop some incense if you’re not planning on going anywhere

If you’re stuck at your desk at work and furtively trying to catch enough Magikarp to get a Gyrados, you’re not going to come across a lot of Pokémon unless your GPS is on the fritz and making it look like you’re running all over the place. Using incense will make the nearby Pokémon come to you and help you cut down on all that nasty exercise the game is making you do.

Spam the fuck out of the Poké Stops nearby

Those bad boys regenerate like every 5 minutes so you should never, ever have to pay actual real life currency for Poké Balls if, like me, the Thai restaurant across the road from you is a Poké Stop for some reason.

There’s no reason for you have those 16 Pidgeys clogging up your Poké Balls, so why not transfer your duplicates to Professor Willow to get some extra Poké Candies? You can then in turn use them to evolve the Pidgey you kept and increase its CP level, so you can finally reclaim your neighbourhood gym from local user SexyCarl69.

Don’t be hit by a car

I can’t stress this one enough, try and look up every once and a while to make sure you’re not killed by a Honda Jazz while you’re trying to become a Pokémon Master.