Foxtel kids, try to hold on to your collective shit, because it’s about to be lost.

As part of their upcoming slate of shows, Nickelodeon is delving into the fact that the network was hot fire in the mid-late 90s, and as such their well runneth over with old favourites to bring back.

The network has officially announced that the much-beloved – and freaking AWESOME – themed game show Legends of the Hidden Temple will be revived as a one-off scripted TV movie.

The OG show, for those keeping score at home, featured teams of two kids racing through various tests of skill and knowledge in order to earn the right to have a crack at the temple guarded by Olmec, the giant talking stone head (who was voiced by the dude who now provides the voice for Klaus on American Dad. The more you know!).

The updated movie, according to Variety will feature three siblings fighting their way through various obstacles that will take their cues from the original game show’s set.

“In Hidden Temple, three siblings must conquer a series of obstacles to remain alive, mirroring the theme of the original game show. The TV movie, slated to appear in the fourth quarter of 2016, will nod to other elements from the original show, including Olmec, a talking head who knows the secrets behind the temple; The Steps of Knowledge, the entrance to the temple and launching pad for the mission; and cameos from a green monkey, red jaguar, and silver snakes, among others.”

If the “among others” bit doesn’t include a scene where a blue barracuda gets taken down by a silver snake I will wreck shit. SILVER SNAKES FOREVER.

The TV movie will star Isabel Moner, who previously scored a role in Nick’s live action sitcom 100 Things to Do Before High School.

Meanwhile in football-headed news, the much talked about Hey Arnold! film has been split in twain, and will now air in two-parts.

Nick revealed that both halves of the movie will air at some point in 2017.

But seriously, a LEGENDS OF THE HIDDEN TEMPLE movie! Look! They’ve even revealed updated artwork for it! 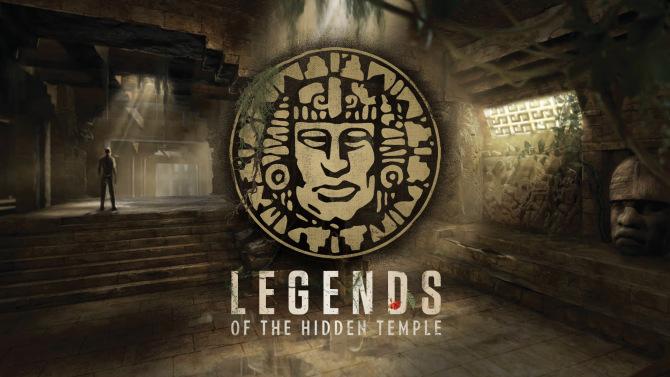 If the movie is even remotely faithful to the original show, there’ll be a scene where the spend half an hour trying to figure out how to put that godforsaken Shrine of the Silver Monkey.

JUST PUT THE DAMNED THING TOGETHER PROPERLY, FFS. SURELY IT’S NOT THAT HARD.

The Legends of the Hidden Temple movie hits TV screens at some point late in the year.