After graduating from Neighbours many Australian actors share a common career progression involving relocating to London, releasing a pop single, a cameo in a Law & Order franchise and playing a cross-dressing harlequin in any number of pantos. Holly Valance has followed this well-trodden path almost to the letter, and has now found herself a gig as the face of British-people-think-it’s-a-really-Aussie-beer beer Foster’s Gold.

The campaign ad has Valance rendered in gold body paint, recumbent on a bed to recreate the scene from the 1964 Bond movie Goldfinger in which the character Jill Masterson endures death by gold-plating.

The product placement is maybe a little on the subtle side… 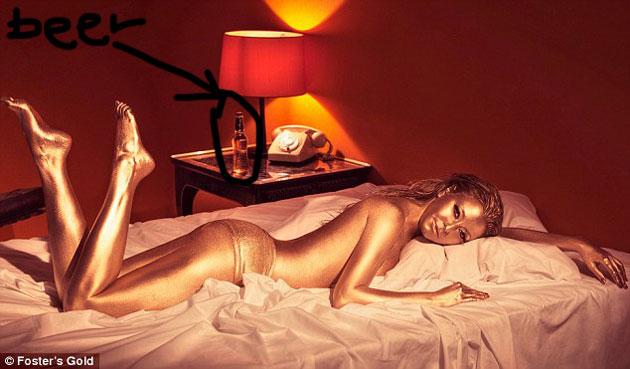