Aight, I’m just going to preface all of this by saying I asked Mum to watch Netflix’s new Chrissie movie Holidate with me ‘cos we love trash rom-coms and I was like, “Oh, it’s like The Princess Switch.” As in, it’s like one of those silly G-rated wholesome ones that make you vomit tinsel, y’know? Yeah, NAH.

I’ll be honest, I couldn’t really focus on the first half of Holidate because I just kept thinking about how Emma Roberts blocked her mum on Instagram after she accidentally confirmed her daughter’s pregnancy to the world by simply replying, “Yes” to stans on Insta who were like, “Ma’am, is she with child?”

Although chaos is a good word to describe Holidate, ‘cos it is so fucking random. Like, if you tune out for even just one second, you return to a completely different movie.

Its gist is sort of like one of those classic ‘fake dating’ rom-coms with hot people, except it’s… not.

Sloane (Roberts) and Jackson (Aussie Luke Bracey) agree to be each other’s “holidate” – a date for every single holiday or significant event – but it’s purely platonic (at first). And everybody knows about it, so they don’t have to pretend to be into each other.

There’s none of that sexy fake-dating-but-I’m-actually-into-you ~ tension ~ ya know?

Anyway, here are the most chaotic moments from Holidate (that I remember ‘cos the entire thing was A LOT).

I hate that I YELLED.

So Sloane runs into her ex-boyfriend, Luc, and his new girlfriend at a chocolate shop on Valentine’s Day. It’s heaps awks – blah, blah, blah, but then Jackson randomly rocks up and pretends to be her boyfriend (of course). He saves her, they escape, they chat, then Jackson’s like “you owe me a hand job, hehe”. 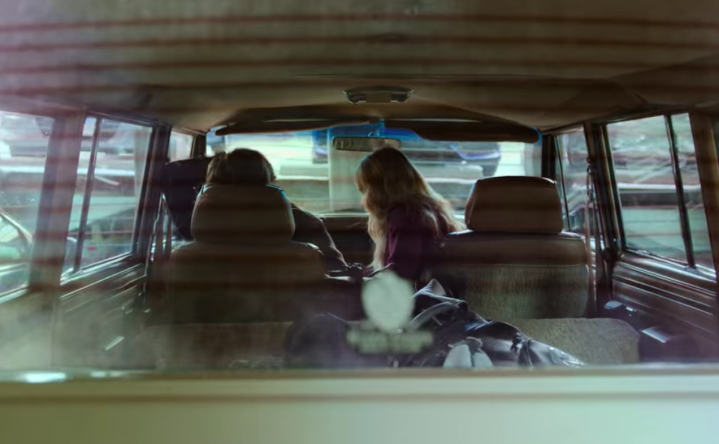 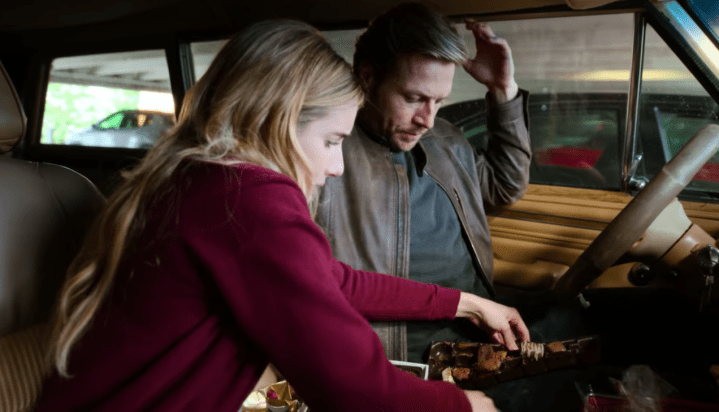 I genuinely couldn’t tell if Jackson’s dick was out or if they were just heaps into the choccies. After you watch 365 Days, anything is possible.

I’m sorry, but you can’t spend a quarter of the movie hyping up your ex-boyfriend and his “John Lennon glasses” only for him to look like boutique Harry Potter. 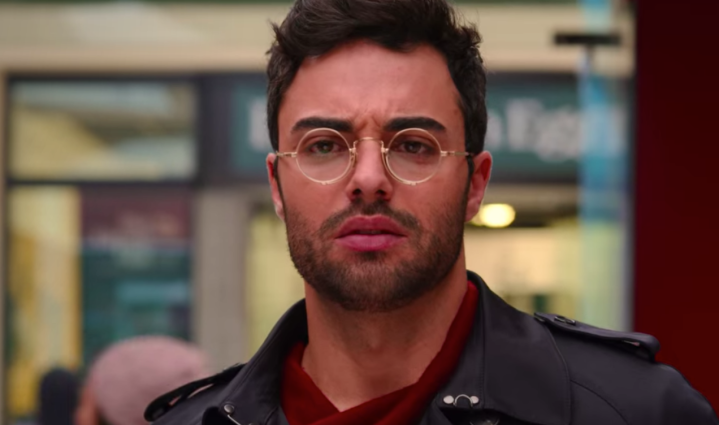 Happens to the best of us! 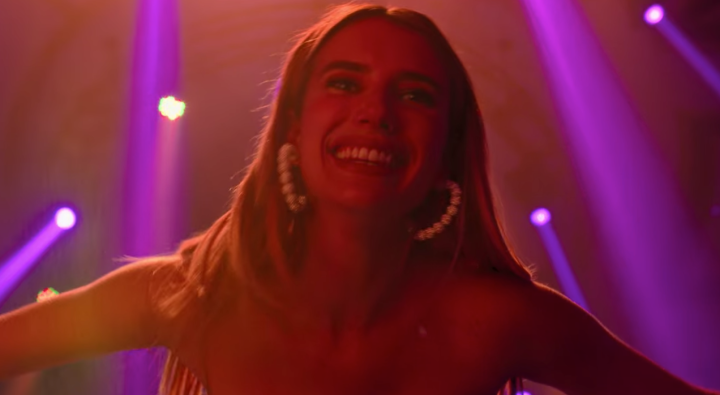 This is neither here nor there, but I started humming “I likeeee Aeroplane Jelllyyyyy, Aeroplane Jelly for meeeee” when I took this screenshot. That’s my Monday brain for ya. I literally haven’t thought about that song in years.

When Jackson got his finger blown off????

As random as this was I actually didn’t mind it ‘cos ya girl was falling asleep. It had been close to an hour and they still hadn’t fucked and had the awkward chat yet.

Set the scene: it’s the Fourth of July, Jackson is playing with fireworks by the lake, and then his finger yeets itself off his hand. That’s literally what happens. And then children (???) search for his severed finger (???) in the sand (???). And then Sloane drives Jackson to the hospital, where they get high and make finger puns. 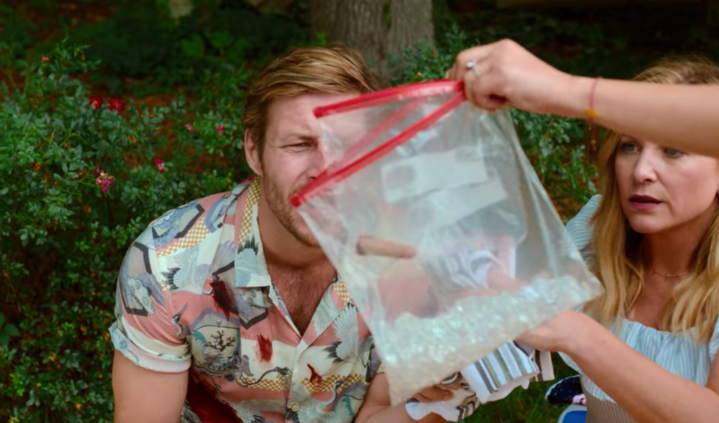 This is less chaotic and more of an appreciation post for one, Manish Dayal, a handsome rooster if I’ve ever seen one. He plays the doctor that Sloane’s mum wants to set her up with, but he ends up marrying Sloane’s absolute vibe of an aunt instead (the delightful Kristin Chenoweth). That’s a fun sentence. 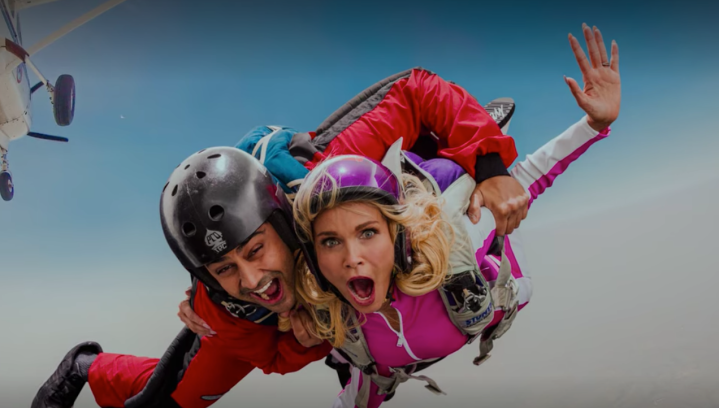 Sloane almost poops herself in a lift

Who among us hasn’t almost shit themselves in a lift after taking laxatives they thought were something else? 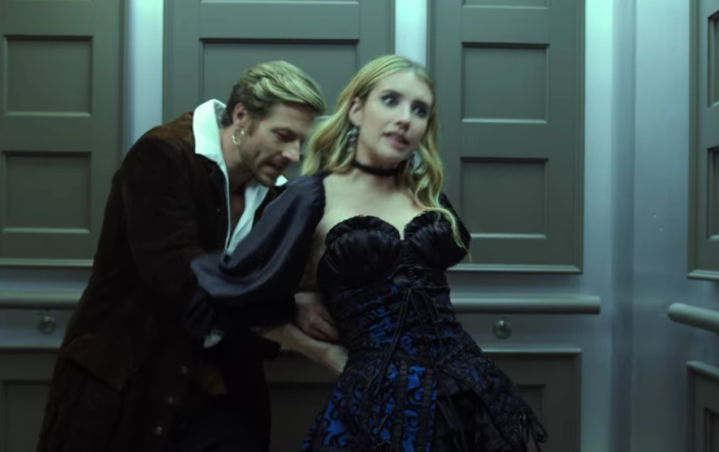 This is the clearest screenshot I could get of Jackson frantically trying to undo Sloane’s Halloween costume. Fab getup though.

*It’s not Ryan Gosling, stop thinking it’s Ryan Gosling. I’m talking to the people on Twitter, who genuinely think it’s him. It’s not him.

SOMEBODY PLS TELL ME THAT THE GUY IN THE BACK IS @RyanGosling!!! @netflix #holidate pic.twitter.com/1w2QUtXnc8

Context: Sloane and Jackson are having a lovers’ tiff at the supermarket during Thanksgiving when they start arguing about whether or not Ryan Gosling does his own shopping. Enter the lookalike rummaging around the frozen aisle. 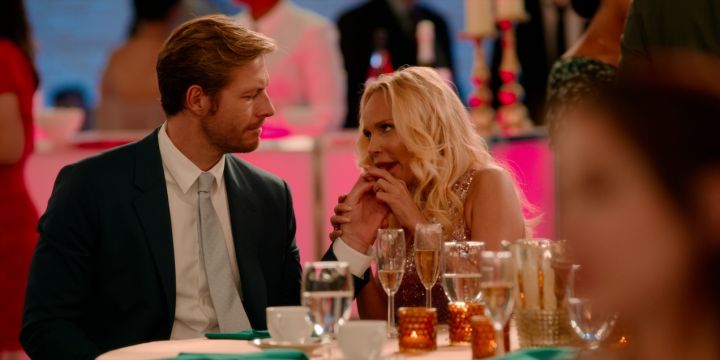 I think at this point my mum just got up and LEFT ME.

I was in a really silly mood and for whatever reason Santa crying during Sloane’s big speech at the end made me piss myself. 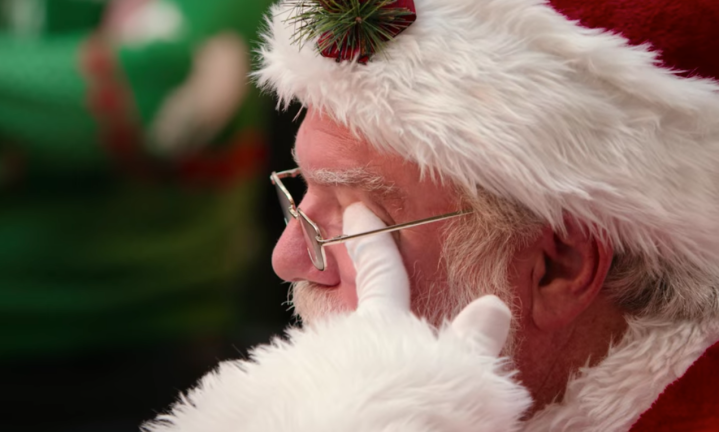 What even is this movie?

They’re already thinking about a sequel

Of course they fucking are.

Screenwriter Tiffany Paulsen told Vanity Fair that she already has plans for a sequel, although that depends on how well the film does on Netflix.

“I know exactly what the story will be and how we would explore it,” she said, explaining that it’d be about Sloane meeting Jackson’s parents in Australia.

Paulsen even has a title ready to go.

“Don’t you think Holimates is just a cute title,” she said. “Holimates: Holidate Down Under”.

Holidate is streaming now on Netflix.