Zoom crasher Hamish Blake is spicing up your arvo in iso with a wild yarn about an historic incident that went down at the ARIAs.

Blake recounted the story from 15 years ago on Tommy Little’s new podcast Flustercuck and buckle up mates, it’s a doozy.

“Me and Andy, fresh to the entertainment industry, we get the call that says, ‘You guys can announce an ARIA,’” Hamish told Tommy.

The duo were assigned the Best Country Album category and attended the ARIAs rehearsals which were held the day before the actual ceremony.

Hamish revealed that during award show rehearsals, the winners envelopes have fake names like Bert and Ernie in them so as not to give away the real winner.

“We go, ‘The winner of Best Country album is …’ and we open it up and it says ‘Betty Boop’ or whatever,” Hamish said. “But then in the auditorium, a video from Keith Urban rolls. He’s holding the ARIA and he’s like, ‘Hey guys, I just want to say thanks for this.’ And then it quickly stops.”

The video should not have played at the rehearsal and Hamish said there was a “a slight air of whoops, we shouldn’t have done that,” after it happened.

Convinced they knew who was set to win, the sneaky pair decided to make some dosh off the incident by “frantically trying to get onto different sports betting apps.

“(But) we couldn’t really bet on it so we were a bit bummed.” 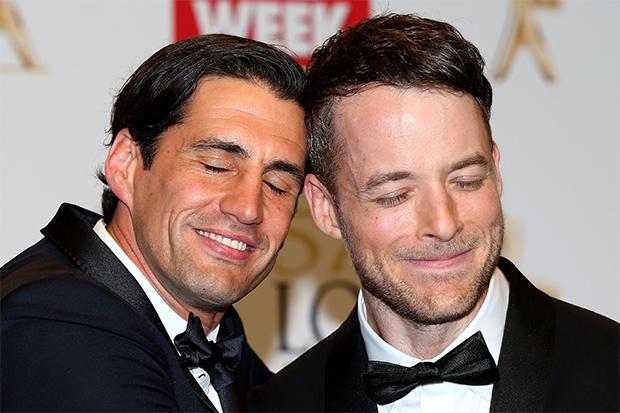 Then, on the big day, “Andy opens the envelope and there’s a long pause,” Hamish told Tommy. “He’s just staring at the card that he’s opened up.

“I lean over and it’s blank. There’s no name on the card.

“My mind’s racing, his mind’s racing. We’re both obviously thinking the same thing which is we accidentally saw Keith Urbans’ speech play out yesterday, so we’re weighing up the probability that they wouldn’t have got him (Urban) to do one if he didn’t win.”

In the end, a baffled Andy just went ‘fuck it’ and announced that Keith Urban was the winner.

Urban’s acceptance video started playing on the big screen as Hamish and Andy walked off stage and told producers that the card had no name written on it.

“They were like, ‘What do you mean? You said the winner?’” Hamish recalled. “We were like, ‘Yeah, only because we accidentally found out yesterday when someone played the acceptance speech so we just figured he probably won it.’

“There was a mad scramble backstage as they’re (producers) tearing open all the cards to make sure they had things written on them, but ours was the only blank one.”

Hamish described the incident as a “miraculous escape” and likened it to the 2017 Oscars disaster when the wrong winner for Best Picture was announced… only funnier.