Hailey Bieber is locked in one helluva debacle over an Instagram post that was allegedly aimed at Selena Gomez following the release of her new track, which is said to be inspired by her ex BF Justin Bieber.

Just minutes after Selena released her new ~moody~ bop ‘Lose You to Love Me’, Hailey reportedly posted a screenshot of Summer Walker and Jhené Aiko’s song “I’ll Kill You” on her Instagram Stories.

Some fans insinuated that the post was directed at Gomez as a form of retaliation on behalf of her hubby.

Selena Gomez remaining classy and responding to Hailey Bieber after she threatens to kill her… #LoseYouToLoveMe pic.twitter.com/xmWdxyslpM

After Hailey’s social media became flooded with angry comments from followers, she came out and clarified that her post was not aimed at her husband’s ex.

“Please stop with this nonsense… there is no ‘response,’” the model commented on an Instagram post about the rumours.

“This is complete BS.”

UPDATE: Hailey has responded to the rumors, saying "please stop with this nonsense…there is no "response". this is complete BS." Fans think Hailey Bieber posted quite the pointed response to Selena Gomez after the release of Selena’s song “Lose You To Love Me.” Tap this pic in the LINK IN BIO to see… #HaileyBieber #SelenaGomez Photo: Getty

The song features lyrics that defs sound like they are directed at the Biebs.

“Set fire to my purpose and I let it burn,” Gomez sings on the track, seemingly referencing the title of Justin’s 2015 album, Purpose.

The lyrics in another verse include, “In two months, you replaced us / Like it was easy.”

The on-off couple separated in March 2018, three months before news broke that Justin and Hailey had rekindled their romance. 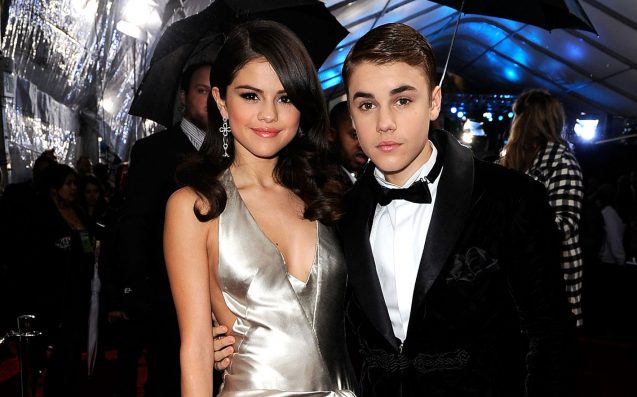 The Biebers, who previously dated from 2015 to 2016, married at a New York City courthouse in September 2018, and held a second, more traditional ceremony in South Carolina last month.

Shortly after getting hitched, Justin shut down speculation that he and his new bride made things official just to spite Gomez.

“Why would I dedicate my whole life to someone in marriage to get back [at] my ex,” Justin wrote in an Instagram comment in March. “Anyone who believes this is mean spirited or 10 years old or younger because a logical person doesn’t talk or think this way. … I absolutely loved and love Selena she will always hold a place in my heart, but I am head over heels In love with my wife and she is absolutely the BEST THING that has ever happened to me period.”

He added, “This is a reply to all immature sick people who send Hailey hurtful messages like ‘ he always goes back to Selena’ or ‘Selena is better for him’ YOU HAVE NO IDEA MY LIFE AND WHAts good for me!! Hailey is my bride period if you dont like that or support that that means you don’t support me and if you don’t support me your [sic] not a fan nor a good person.”

Meanwhile an insider told Us Weekly that Gomez “knows she’s better off without Justin” in her life. “It’s the healthiest decision for her,” the source said. “She is solely focused on herself and enjoying life to the best of her ability, and getting back to being the Selena that she and all of her close ones knew prior to dating Justin.”

Here’s the controversial song below, for reference.