Ricky Gervais kicked off the 2012 Golden Globe Awards with a monologue almost worthy of his deliriously cringe-inducing effort of last year: personal pot shots at the most famous people, studios and networks in the room. A couple of the highlights? Of Jodie Foster‘s Mel Gibson-starring midlife crisis drama The Beaver he said: “I haven’t seen it myself. I’ve spoken to a lot of guys here, they haven’t seen it either. But that doesn’t mean it’s not any good.” Gulp. Jodie seemed pretty cool with it though, and this kid knows what’s up: 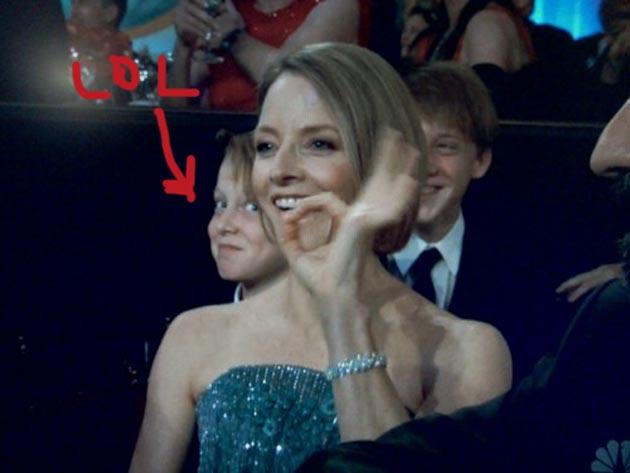 Sadly, they kept Ricky’s banter to a minimum. He got very little screen time and seemed subdued compared to last year. A shame for the audience.

WINNERS
CHRISTOPHER PUMMER: The first award for the night is Best Supporting Actor (Drama) and it goes to veteran Christopher Plummer for his performance in Beginners. In his beautiful acceptance speech he thanked director Mike Mills, his co-star Ewan McGregor (who Plummer described as a “scene-stealing swine”), and his wife.

MICHAEL FASSBENDER’S PENIS
Everyone had a crack at it. Not like that, sicko. Clooney even mentioned it in his Best Actor acceptance speech with a comment about playing golf with no hands. Cock jokes: may they never go old.

MADONNA: Madonna won for Best Original Song, but her most winning moment was scaring the shit out of the usually unflappable Ryan Seacrest on the red carpet. Look as he gingerly shakes Her Madgesty’s hand and she talks about her movie in a British accent.

Madonna also got in one of the best comebacks of the night to Ricky Gervais when she commented: “If I’m still just like a virgin, Ricky, then why don’t you get over here and do something about it?,” after her served her some lip.

COLIN FIRST: Ricky Gervais introduces Colin Firth as a racist, kitten murderer. Colin Firth gets on stage and says something about how wonderful Ricky Gervais is and the audience bats their lashes at him adoringly – because he’s British and charming and the best. 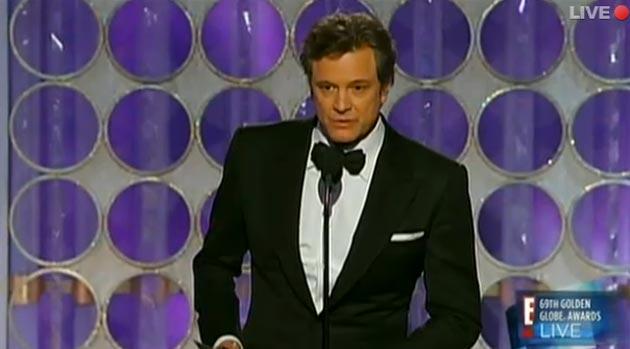 MERYL STREEP: of course wins for The Iron Lady. She forgot her speech, and because she is quite old and blind she has to remember it off by heart. She forgets the name of the women nominated so rattles off as many people as she can, then drops a few extras in there – including Mia Wasikowska for her performance in Jane Eyre. She also thanks God – Harvey Weinstein. Titter titter!

SWINTON When Swinton’s name was read as a nominee in the Best Actress, Drama category she was all amused and embarrassed. 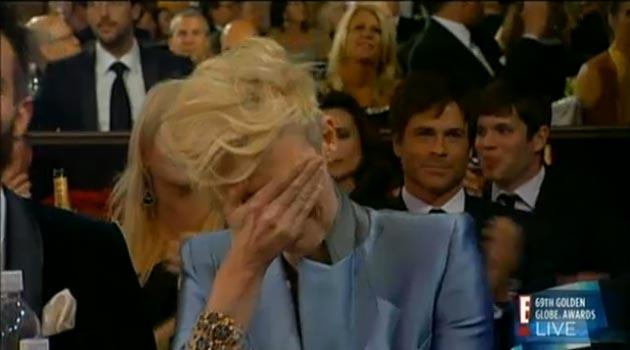 PETER DINKLAGE: He may be small in stature, but Game Of Thrones‘ Peter Dinklage is ridiculously high in charm. During his acceptance speech for winning Best Supporting Actor (Series, Mini-Series or TV Movie) he opened with an anecdote about his mother advising him that Guy Pearce was going to beat him and so to not get too excited. Go Tyrion Lannister.

JEAN DUJARDIN: His amazing performance in silent film The Artist won him the Golden Globe for Best Actor (Comedy Or Musical). The French actor said how wonderful it was to find a role fitting for an actor whose expressive eyebrows operate independently of one another. Go see the movie. 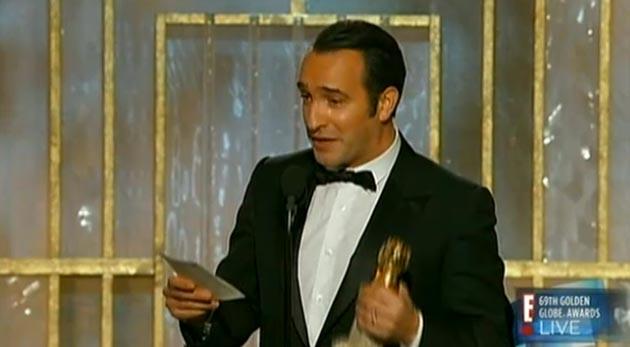 JOEY? Matt LeBlanc – yes: ‘Joey from Friends‘ – won the award for Best Performance By An Actor In A Television Series – Comedy Or Musical for playing himself in the show Episodes. At least he beat Johnny Galecki.

Best Performance By An Actress In A Motion Picture – Drama
Meryl Streep, The Iron Lady – WINNER
Glenn Close, Albert Nobbs
Viola Davis, The Help
Rooney Mara, The Girl With the Dragon Tattoo
Tilda Swinton, We Need To Talk About Kevin