Have at it, dears.

The trailer gives us a proper look at the romance between Anthony Bridgerton and Kate Sharma, who start off as enemies before turning into lovers.

Here’s everything else we know about Season 2, in case you’re as obsessed as we are.

Netflix just dropped some fresh piccies of Bridgerton Season 2 to get us pumped for the new eps. 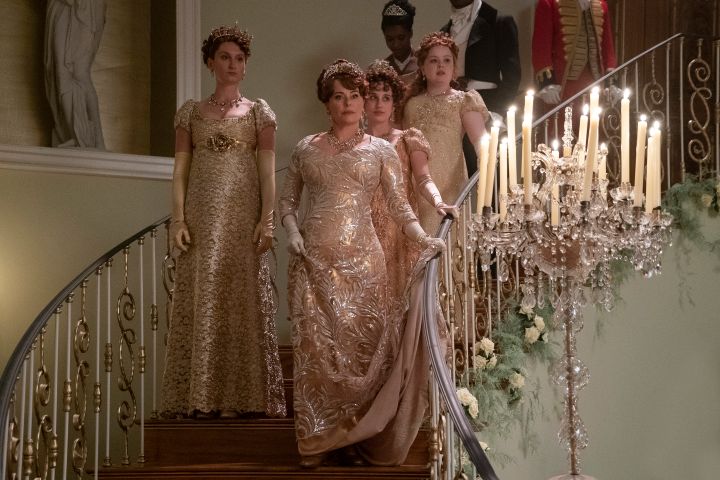 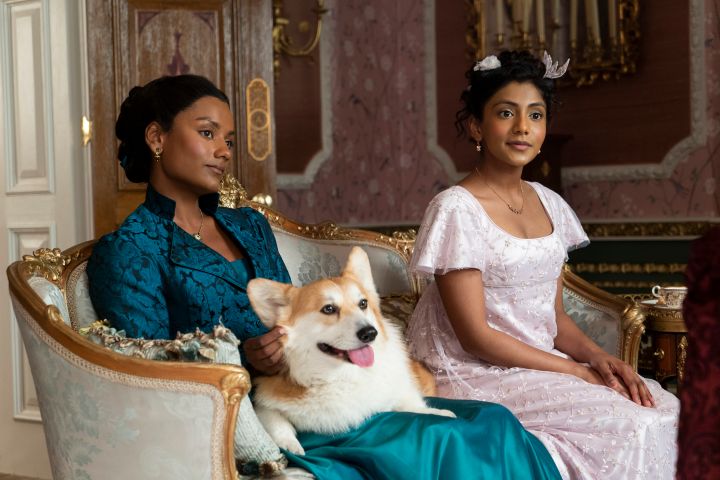 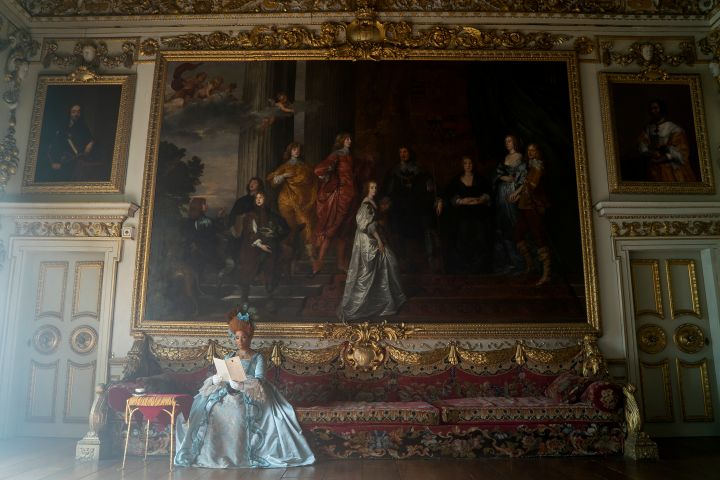 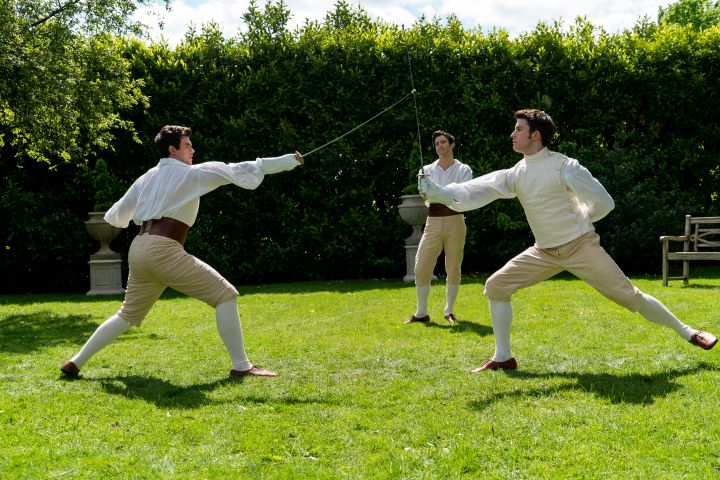 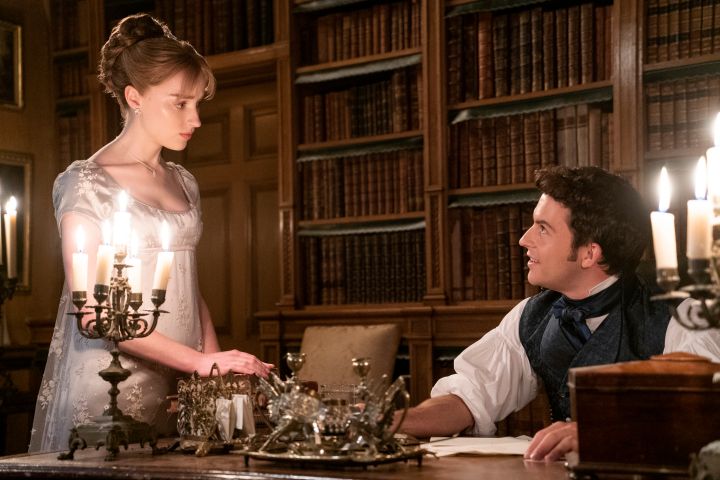 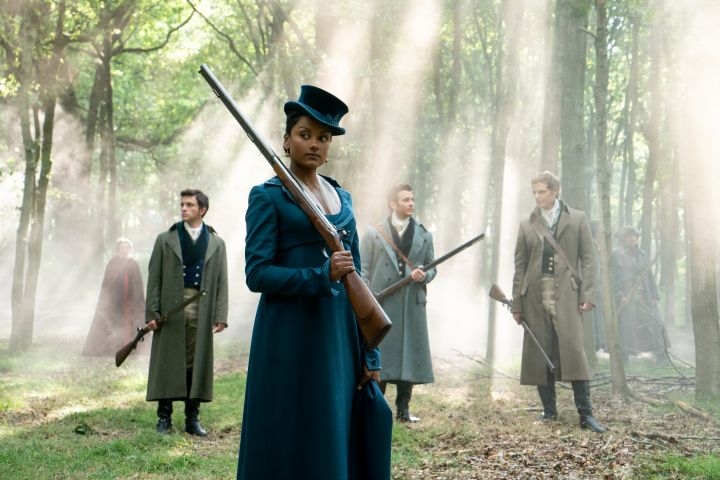 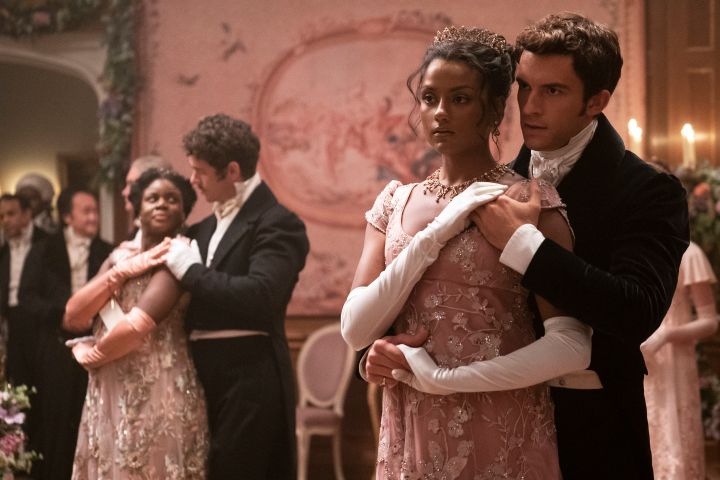 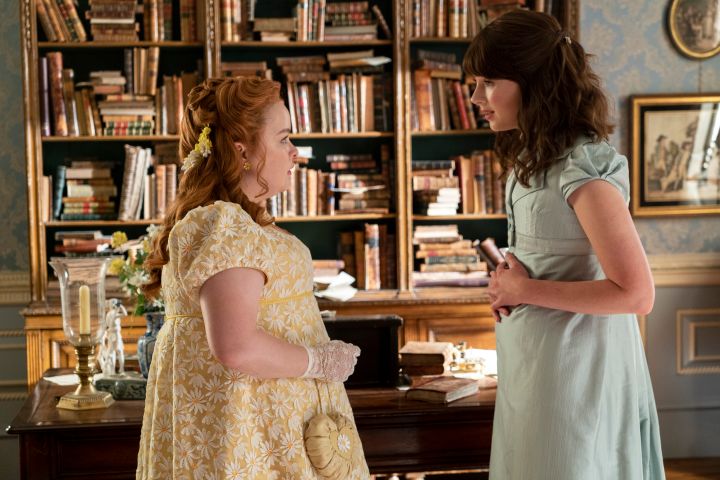 Jonathan Bailey divulged to Entertainment Weekly that the new season’s love scenes will very much cater to the “female gaze”.

“There’s so many people who will go, ‘Oh yeah, “Bonkerton,”‘” Bailey — who plays Anthony Bridgerton — revealed.

“The female gaze is so important because there are many ways people communicate by sex, and what sex means, and what your body means to someone else,” the British star, 33, continued. “It’s important that there’s an inversion of sexuality and how people are exploited in the storytelling of sex.”

Is there an official Bridgerton Season 2 trailer?

There sure is! Netflix graciously gifted us the Good News on Boxing Day with a surprise announcement of the cast reading a letter by the infamous Lady Whistledown for the anniversary of the release of Season 1.

Cop the natural chemistry between S2 leads Simone Ashley and Jonathan Bailey here, their scenes together are going to be royally good.

Take a look at it below.

Well, well, well, look whose horny-ass couldn’t get enough of Bridgerton season 1 and is looking for more. Now that the second season is officially on its way, we can officially get all hot-and-bothered again for round two electric Regency boogaloo.

From who will (and won’t) be in the second season, to what story we can expect, here’s everything we know about Bridgerton season 2, so far.

When will Bridgerton season 2 premiere on Netflix?

As mentioned prior, Bridgerton Season 2 will premiere on Netflix on March 25th 2022.

Who will Bridgerton Season 2 be about?

The second season of Bridgerton will is based on the second novel in the series by Julia Quinn, called The Viscount Who Loved Me, which is all about Anthony. Quinn has written eight books in the collection, each featuring one of the eight Bridgerton children: Anthony, Benedict, Colin, Daphne, Eloise, Francesca, Gregory, and Hyacinth.

The Viscount Who Loved Me is Anthony’s love story about his attempts to settle down, which means Daphne is now a supporting character. Yes, I am eluding to… that news, but I don’t want to talk about that just yet.

Series creator Chris Van Dunsen told The Wrap that he’s keen to adapt all eight novels into a series, which sounds like a dream. Netflix has already renewed Bridgerton through to its fourth season… Van Dunsen and the team may as well go all the way.

In The Viscount Who Loved Me, Anthony finally finds a woman to marry (after being such a tool last season). This woman is Edwina Sheffield, however the only obstacle is her sister Kate.

This is where it gets good, because despite wanting to marry Edwina, Anthony can’t help but lust after Kate. OOOOOH BABY.

Kate is funny, sarcastic and hates Anthony. Anthony is calm, cynical and hates Kate. But their hate for each other ends up creating some mad sexual tension, and I’ll let you figure out the rest.

Who is our new female lead?

Sex Education star Simone Ashley is locked in to play Kate Sharma (Kate Sheffield in the books) and what a perfect choice TBH.

Kate’s surname has been changed to Sharma as a way to acknowledge the character’s South Asian heritage.

Ashley is known for her role as Olivia Hanan, one of the ‘The Untouchables’ in Sex Education. She has also appeared in Pokémon Detective Pikachu (2019) and Broadchurch (2013). But after Bridgerton, who knows where she’ll go next.

Charithra Chandran (Alex Rider) has been cast as Kate’s younger sister, Edwina, while Shelley Conn (Love Sarah) has been cast in the role of Mary Sharma, Kate’s mum.

Is Regé-Jean Page returning to Season 2?

I can’t put this paragraph off any longer, so I’m just going to get it over and done with. My husband Regé-Jean Page shan’t be returning for Bridgerton season 2, as he only signed up for the one season.

Lady Whistledown delivered the devastating news to fans, writing that we must bid adieu to Page, as we turn our eyes to Anthony’s quest to find a Viscountess.

“We’ll miss Simon’s presence onscreen, but he will always be a part of the Bridgerton family,” Whistledown shared.

Page told Variety that a one-season arc in Bridgerton had always been the plan for him.

“I get to come in, I get to contribute my bit, and then the Bridgerton family rolls on,” he said.

Am I still upset? Yes!

On Instagram, Page said it was a pleasure to be “your Duke”.

“Joining this family – not just on screen, but off screen too. Our incredibly creative and generous cast, crew, outstanding fans – it’s all been beyond anything I could have imagined. The love is real and will just keep growing,” he wrote.

Will there be more *bees* in season 2?

Uh Ooh. Not another bee/human romance??? Please no! God no! I’m too scarred from Bee Movie.

Okay no, that won’t be a storyline, but the motif of bees is very important for the next season. You may have noticed that bees featured heavily in the first season – we made a list of the major bee references that you can check out here.

I won’t spoil anything more, but expect to see more bees in season 2. Also, prepare thyself for some flashback scenes because Netflix recently cast Rupert Evans (Charmed) as Edmund Bridgerton himself.

Who else has joined the Bridgerton Season 2 cast?

Calam Lynch (Black Beauty) has joined the cast as Theo Sharpe, a hardworking printer’s assistant. But Theo isn’t just a working class man, he’s also an intellectual who fights for the rights for all.

Rupert Young (Doctor Who) has been cast as a bloke named Jack, the newest member of the ton with a connection to one of its most notable families.

Now that we know who Lady Whisteldown is, what happens next?

Remember how in the final episode, Penelope Featherington was revealed to be Lady Whisteldown? Well it looks like the actor behind the character (Nicola Coughlan) thought an early reveal was a smart move.

“The script was being written while we were filming, so at one point, they thought of doing a red herring. But I always thought it was best to reveal it, because the books have been around for 20 years, so someone could just Google it,” Coughlin told BAZAAR US.

“The audience knowing that she’s Whistledown, that’s going to be amazing, because it’s like they’re in on the secret,” she added.

Ahh I can’t wait for season 2. Please hurry up, so I can binge it all immediately.

Bridgerton is streaming now on Netflix.