Emily In Paris, the hit new show by Netflix, is a comedy-drama, right? But one could argue that a series with so many gaspy, cringey moments could be considered a horror or at least a thriller, right?

That’s why this Instagram account, Emily In Parasite, works so bloody well ‘cos it combines the unsettling elements of both masterpieces.

The freshly made IG account sees Emily Cooper (Lily Collins) enter the world of 2019 thriller-comedy Parasite, and shows what her social media posts would look like if she lived alongside the Kim family.

Have a go at some of the sick shots below:

I miss the Musée d'Orsay but I’m excited for my new adventure! ???? #emilyinparasite

HAVE YOUR CREPE AND EAT IT TOO GIRL ???? #emilyinparasite

People who haven’t watched Emily In Paris will no doubt be poo-poohing the suggestion that the titular character will be taking snaps in such compromising positions, but trust me, that’s very much what Emily Cooper would do.

In the series, American gal Emily is transferred to the Paris branch of the marketing firm she’s employed by and honestly, it’s an absolute shitshow.

The girl shows no respect for authority and frequently barges into her boss’ office, calls her ‘girl’ and invites her to rowdy parties.

Plus, she treats the foreign country she’s visiting like it’s lesser than her homeland. At one point she even says “your language is seriously effed up” to someone she just met who is simply trying to help her understand French.

Girl, no. The English language is messed up. And also, don’t go to a foreign country and diss their culture. Fuuuuck thaaaat. 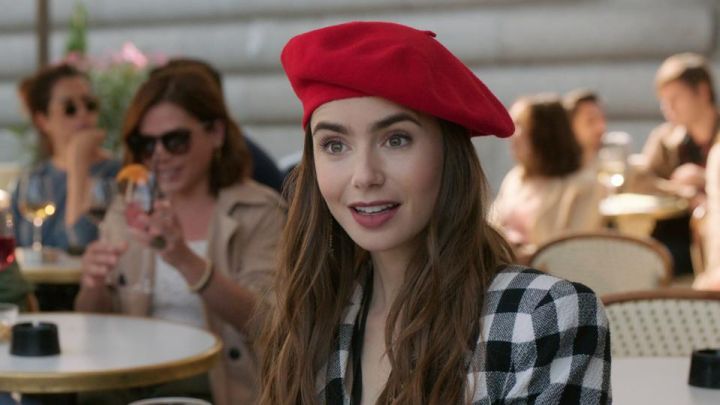 So no, I would not be surprised if Emily would go along snapping pics and posting them to Instagram if she entered the realm of Parasite.

“In season 2, she’s going to be more of a part of the fabric of the world she’s living in. She’ll be more of a resident of the city,” Star told the publication.

“She’ll have her feet on the ground a little more. She’s making a life there.”