Anyone who’s ever tried to do something even remotely creative will likely have experienced a similar process of getting there, in that the bulk of the process involves orbiting the idea perilously, never once daring to touch it, before eventually farting it all out in a blind, rushed panic. That process seldom changes, even when it comes to highly experienced professionals piecing together major Hollywood projects.

Speaking to PEDESTRIAN.TV in New York ahead of the premiere of A Quiet Place Part II, Emily Blunt revealed that husband John Krasinski is no exception to that rule.

“John works in an interesting way,” Blunt said wryly, in reference to the script for the movie that Krasinski penned – one that he put together solo from the ground up, as opposed to the original which he re-wrote from a spec script and story created by writing duo Scott Beck and Bryan Woods.

“He thinks about stuff for seven months,” Blunt stated of Krasinski’s writing process. “He talks [things] out with me or [his] producing partner; he’ll sort of pitch you ideas. And then he’ll sit down and he’ll write it in two weeks, and it’s almost a perfect script.”

A Quiet Place Part II picks up almost directly where 2018’s A Quiet Place left off, with the remaining members of the Abbott family fighting to survive in a planet invaded by murderous alien beasts, but with their previous safety net suddenly ripped away from them and their world expanded greatly beyond the sand path. 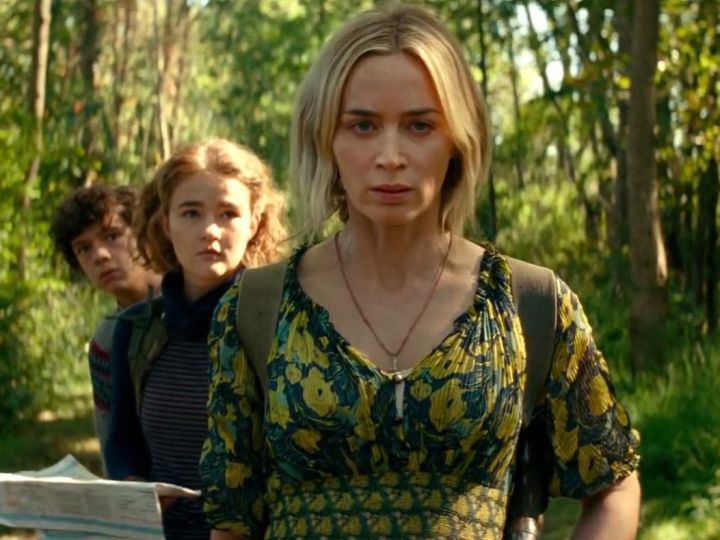 For Blunt, it was vital that the sequel maintain the original film’s core themes of family and parenthood, avoiding any potential pitfalls from leaning into the horror genre too hard.

“I love that at its core it’s about family; I think that’s why the first one did so well,” she said. “It’s not just a superficial scare party, that’s not what the film is. It’s about parenthood, it’s about how far you would go for your children. It comes from a very deep, resonant place for John and I.”

Disclaimer: The author of this article travelled to New York City as a guest of Paramount Pictures.