‘Tis the season where the ~conscious uncouplings~ start to pop up all over the joint, and the celeb world is not immune to it at all. Rumour has it Dua Lipa and Anwar Hadid have called it quits after two years together.

According to some red-hot tea from Deuxmoi (my favourite celeb goss Insta), the on-again-off-again couple has returned again to splitsville right before Christmas.

Duexmoi recently replied to an anonymous email asking about the current status of Dua and Anwar, saying there’s a “chance they could currently be broken up” because they’ve been known to split and get back together. 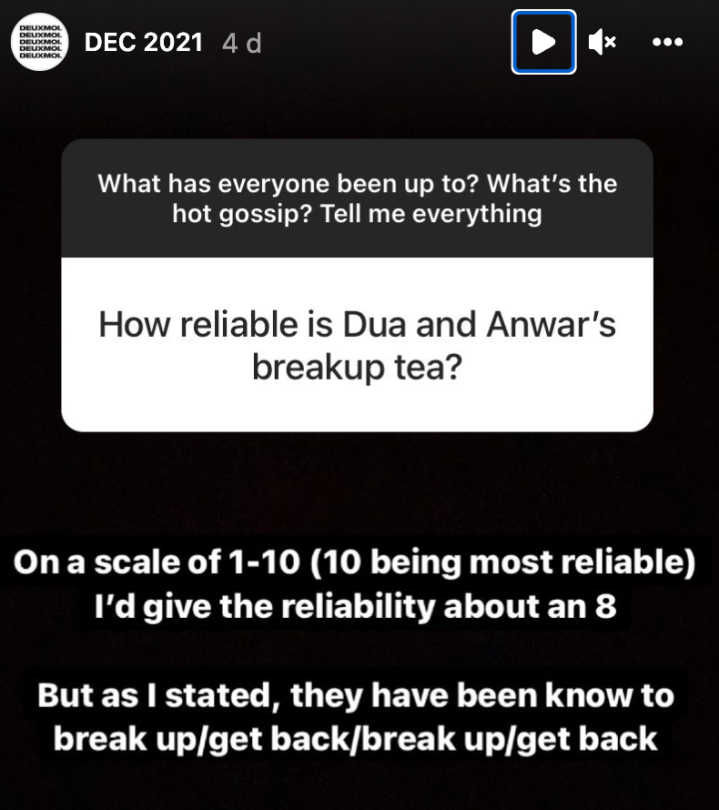 After fielding the questions from fans eager to know what was going on between the impossibly attractive couple, someone slid into Deuxmoi’s DMs claiming they “100% broke up”.

There’s no indication of how this person knows — if they’re a close friend or somehow found out through Hollywood whispers — but Dua and Anwar’s relationship status is probably a bit like shooting fish in a barrel. Especially if their history is dotted with splits and getting back together over the last couple of years. 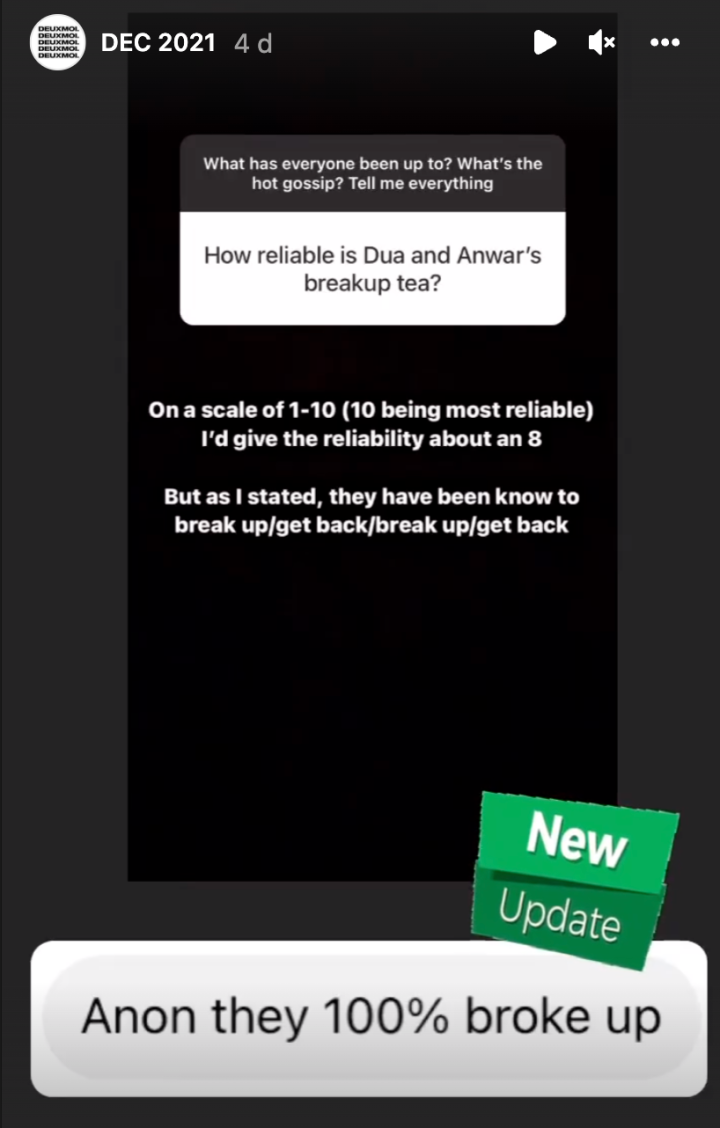 Over on Dua’s Instagram, there’s no real clear indication of whether she’s split with Anwar — it’s just lots of festive presents including her new Puma collab and a ~herb and spice grinder~ she was gifted, and plenty of wines she’s been drinking (I mean, it is the holidays after all).

On Anwar’s Insta, the last photo featuring Dua was back on November 2nd with some cute Halloween snaps, and since then it’s been all selfies, puppies, and sharing posts about why the mainstream media apparently isn’t promoting a healthy lifestyle throughout the pandemic years. Normal stuff, really.

Whatever the status of their relationship, whether they’re together for the holidays or not, I guess we have to wonder if this is it for good or if they’ll reconcile to try again in 2022. But hey, now’s the time to shoot your shot (and probably end up in the Other Messages inbox).