Did ‘Bachelor’ Clinger Alex Ink A Deal W/ Producers To Make It This Far?

Can we just cut the crap here and say what you’re all thinking?

Alex Nation‘s behaviour on The Bachelor *appears* to be nothing short of a Stage Five Clinger. The 25-year-old Melbournian looks at Richie Strahan like she’s about to go The Craft on his sculpted ass, and unless you’re into that hoodoo-voodoo shit, it can come across as kinda creepy.

But according to the sometimes wrong / sometimes right folk at New Idea, Alex is a phoney of some shape or form, claiming that she rorted the ~ journey ~ and made a deal with producers to secure herself a guaranteed spot in the top 5. If you’ve seen UnReal, then you’ll decide that the A+ show either acted as inspiration for the tabloid, or that this could very fkn well be a legit situation for dem sweet ratings.

This is what those trusty “sources” are saying:

“She had told some friends that because she would be away from her son [Elijah], she insisted the producers make it worth her while, and made a deal that she would make the final five. So even if she didn’t win, it would help her profile and acting aspirations.”

STOP. IT. An aspiring actress on a reality TV show? We can’t. Heather 2.0, but less friend-zoning.

To make matters more cooked, the mag’s also questioning Alex’s breakup with her most recent ex-boyfriend, Tom Barbour, who is in a wheelchair after falling from a construction site.

The pair split in September last year after a loved-up 15 months together, right about the time of the show’s auditions. Could be a co-inky-dink, but apparently Tom’s feeling like every other contestant on this show, ever: blindsided. 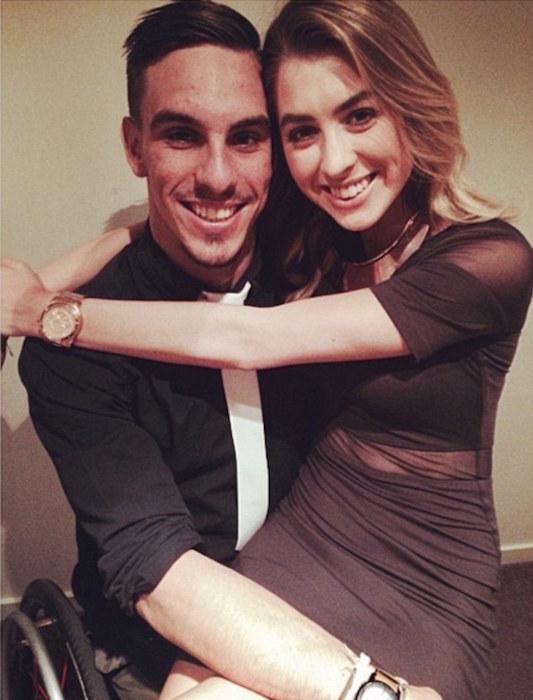 This could all very well be a crock of shit, but after the allegations made against Coach Carr Megan turned out to be completely true, the P.TV board felt it was best that we investigate every claim made.

Y’all can decide for yourself, but we’d like to fast forward to the bit where Nikki wins pls.

UPDATE: Alex Nation has denied the allegations, and Channel 10 has labelled the New Idea piece a “complete fabrication.”

A statement from Nation reads “the claims made by an “insider” in New Idea on Monday, September 12 regarding Alex Nation and her past relationship with Tom Barbour are defamatory, completely false and misleading.

Alex and Tom’s relationship ended amicably in September, 2015, with both parties agreeing it is best for them to part ways. Claims suggesting anything else are incredibly hurtful to both Alex and Tom, who remain on good terms. Tom is now overseas on a scholarship to study, and not overseas to escape Alex as suggested by New Idea.”