‘He Wanted To Lick My Asshole’: Folks Are Sharing Their Wild Encounters With Drunk Celebs

Deuxmoi really do be delivering the goods lately! First she got her followers to share their cooked celebrity encounters, now she’s asked them to send in their drunk celebrity stories.

I know y’all know this but before we crack on I just want to remind you that these stories are all ~alleged~ and literally could have been cooked up by anyone. A grain of salt should be sprinkled on every single one of these yarns.

With that said, let’s dive in!

First up, someone alleged that “a very drunk former SNL comedian” told them he “wanted to lick my a*%hole.” 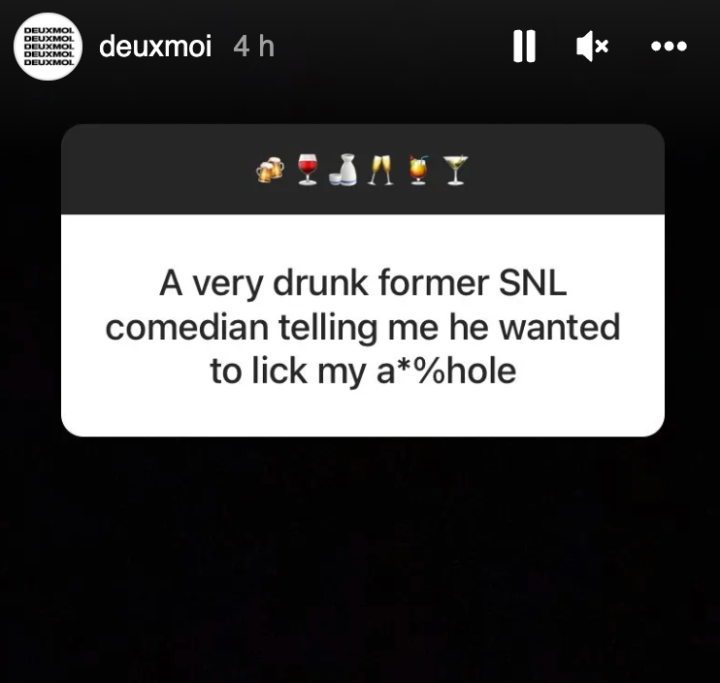 Again, all these stories could very well have been made up but this one sounds totally believable.

Apparently after someone asked Kourtney Kardashian for a pic, she responded: “Only if you show me your tits!”

I feel like that’s definitely something Kourto would’ve said to a fan, bless her sassy heart. 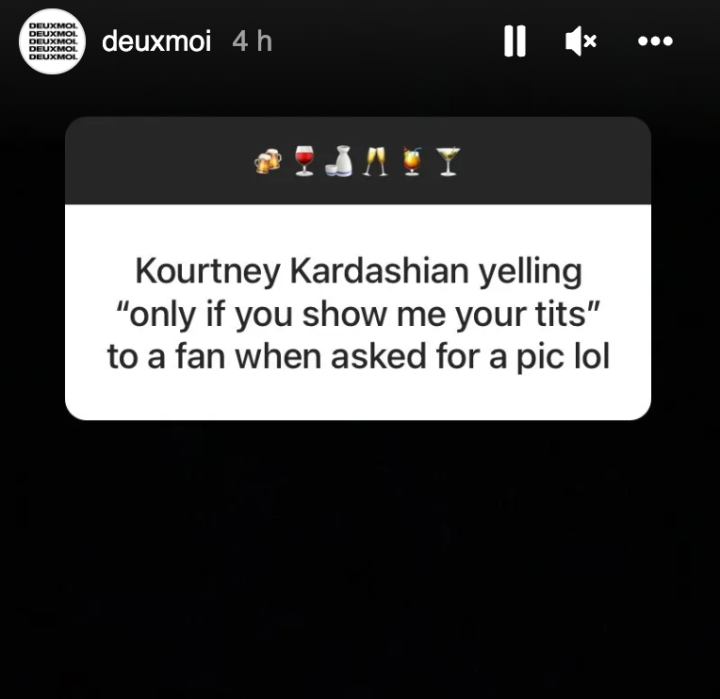 Had to include this one since Glee stars have been in the news so much of late.

“2015 I ran into Dianna Agron super drunk wearing a unicorn onesie at Winter Wonderland in London,” someone wrote.

Sounds too specific and ridiculous to be made up, if ya ask me. 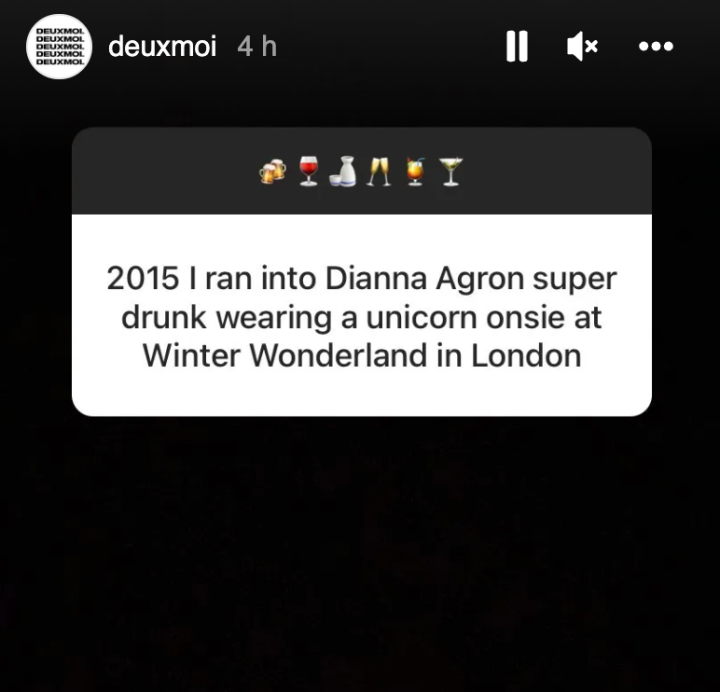 Someone  allegedly spotted Andy Cohen and Taylor Lautner “in a private karaoke room about three years ago” and I literally do not know what to do with this information. 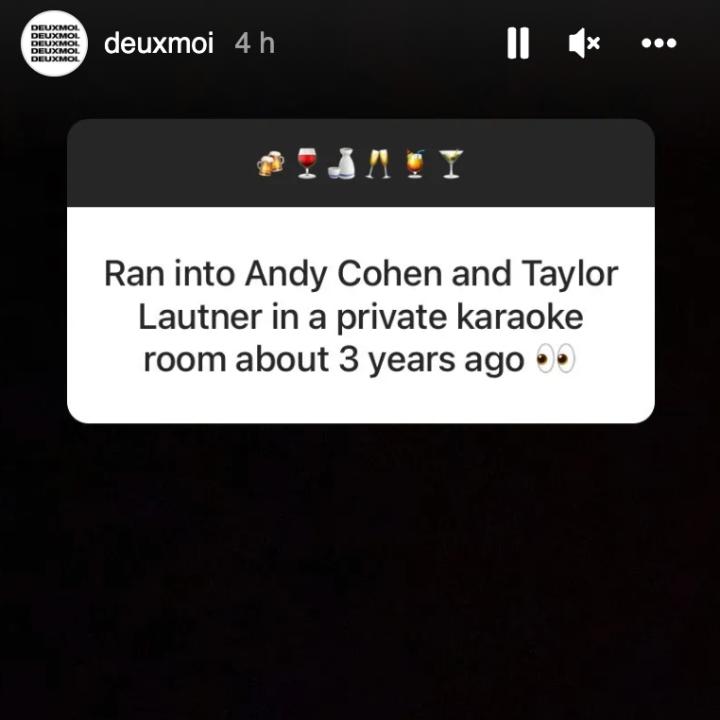 “Saw Margot Robbie and Cara D wearing 80s mullets at a bar in Hollywood,” someone else claimed.

What a dynamic duo that would’ve been. 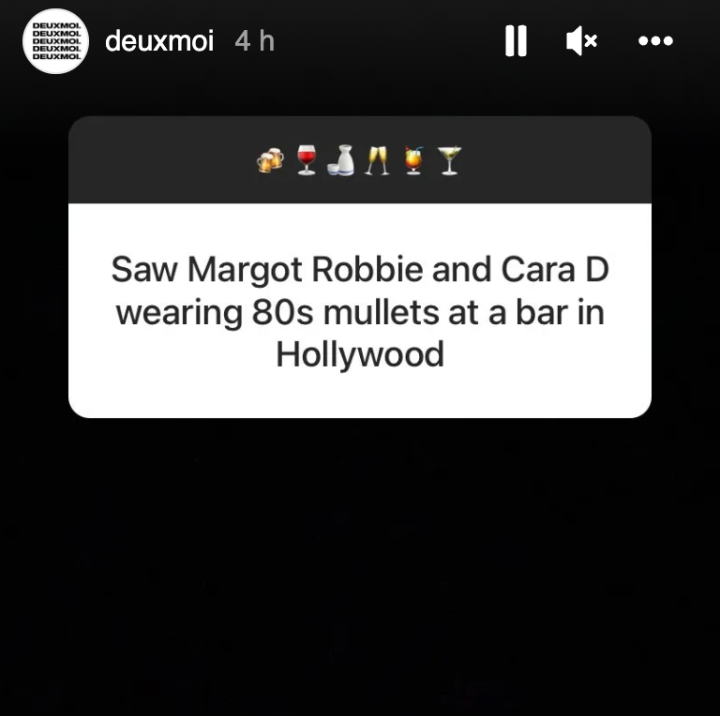 Speaking of Cara, apparently she and Kendall Jenner stole someone’s cowboy hat and “insisted on doing body shots” with them. 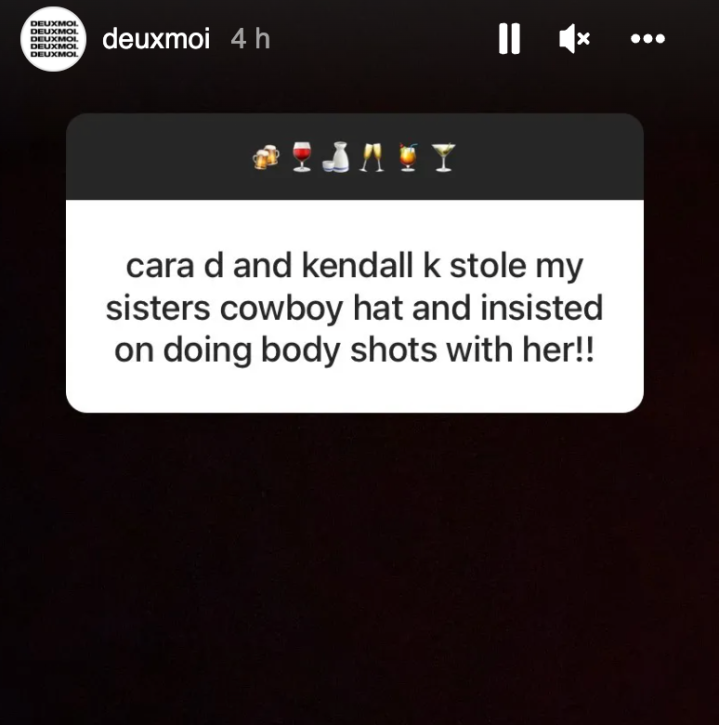 Another person claimed they got turned down by Niall Horan AKA formerly the least fave One Direction singer until L*am P*yne went on his little tear.

“Ran into Niall Horan at a bar in Nola. Offered to buy him a drink and he turned me down lmao,” they wrote. 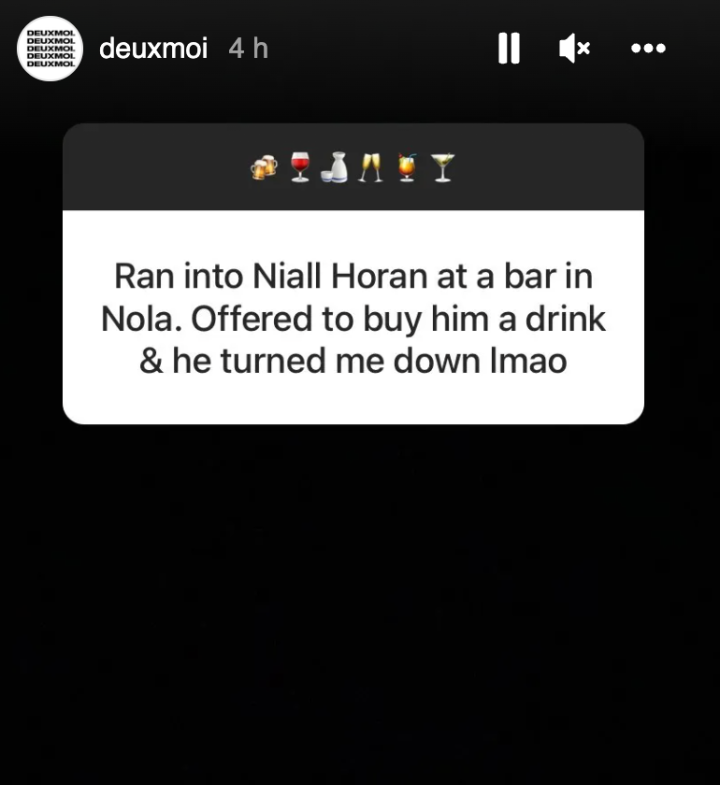 This next one is my literal worst nightmare. I’ve interviewed Zoë Kravitz twice and both times I was terribly nervous because she is literally the coolest gal on the planet and I didn’t wanna make a fool of myself.

Welp, this person actually did make a fool of themselves in front of Zoë.

“Was really drunk at Bowery Hotel and spilled an entire bottle of red wine. Zoë Kravitz saw,” they wrote. 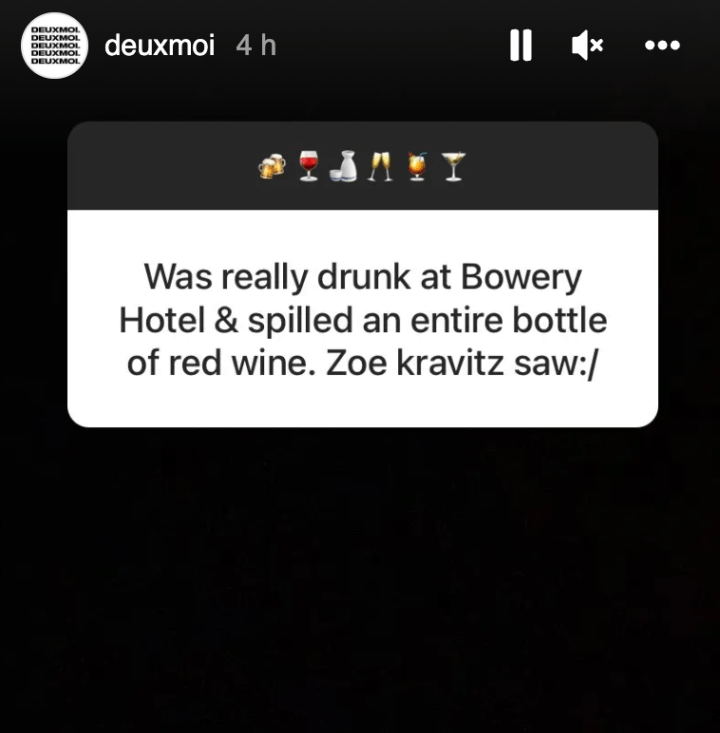 Aaaaaand finally, Katy Perry allegedly crashed a Chrissy party in 2011 and it was a “disaster.”

“Katy Perry showed up lit AF, took over DJ’n. It was a disaster,” they wrote. 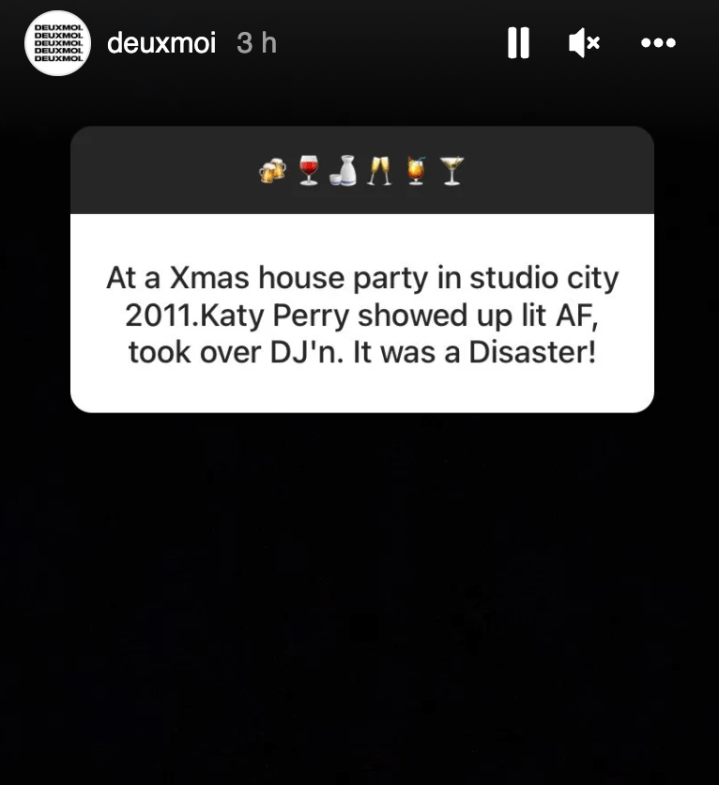 Head on over to Deuxmoi’s Instagram Story for more.