Demi Lovato has spoken candidly about her eating disorder battle and how different forces in her life impacted her mindset.

Following her revelation in February that her eating disorder led to her near-fatal overdose, Lovato revealed on Ellen that her former team, helmed by Phil McIntyre, would take her phone, food and more so she couldn’t eat or place orders.

DeGeneres even notes that Lovato’s team would take sugar out of her dressing room when she visited, of which Lovato was unaware.

“I didn’t know that until today too, but I lived a life for the past six years that I felt wasn’t my own because I struggled really hard with an eating disorder, yes, and that was my primary problem and then it turned into other things,” the singer shares.

“My life, I just felt it was so… and I hate to use this word, but I felt it was controlled, by so many people around me.” 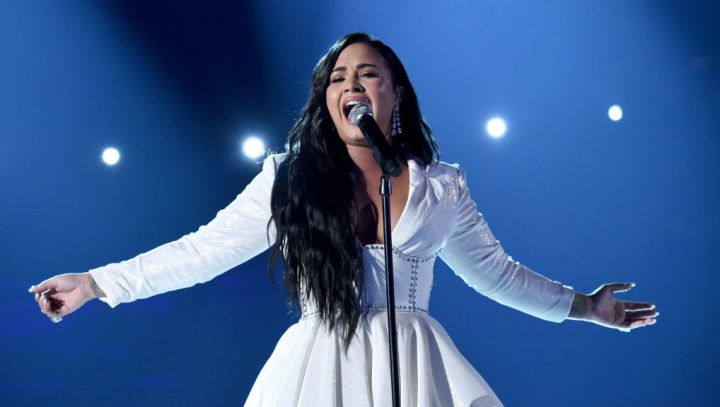 Lovato also revealed that her team would monitor her coffee order, take her phone so she couldn’t dial room service and wouldn’t allow her to eat fruit because of added sugar, though on her birthday they would make an exception.

“For many years, I didn’t even have a birthday cake. I had a watermelon cake, where you cut your watermelon into the shape of a cake and you put fat-free whipped cream on top and that was your cake,” she recounts.

“So for years I did this and it kind of became this ongoing joke, but I just really wanted birthday cake.”

Lovato signed with Scooter Braun, who also represents Justin Bieber and Ariana Grande, in May 2019.

“I have a new team, and Scooter Braun, my manager, gave me the best birthday cake,” she tells DeGeneres. “I spent it with Ariana Grande, who is one of my good friends, and we just had the best birthday, and I just remember crying because I was finally eating cake with a manager that didn’t need anything from me and that loved me for who I am and supported my journey.”