Delta Goodrem – singer and star of Hating Alison Ashley, the greatest-ever Australian film – has called out NSW Health for a cooked Insta Story it made showing her head with needles sticking out of it.

Basically, the post was part of NSW Health’s ‘Fact Check Friday’ where it answers people’s questions about COVID-19.

Someone wrote in asking about the effectiveness of the booster shot, to which NSW Health replied “the booster adds to your immunity definitely – possibly taking you up to similar protection against Omicron as two doses did against Delta”.

Then, to illustrate that point, they edited a pic of Delta Goodrem’s face with two needles pointed at it.

I get what they were going for: a quirky way of illustrating the importance of booster shots. But the visuals are simply…not great.

Delta then shared a screenshot of the Story to her own Insta, where she called out NSW Health.

“I have a HUGE problem with this @newsouthwaleshealth are you serious????????” she wrote.

“Needles pointing at a picture of my head in an attempt to get your point across is disturbing!!!!!!” 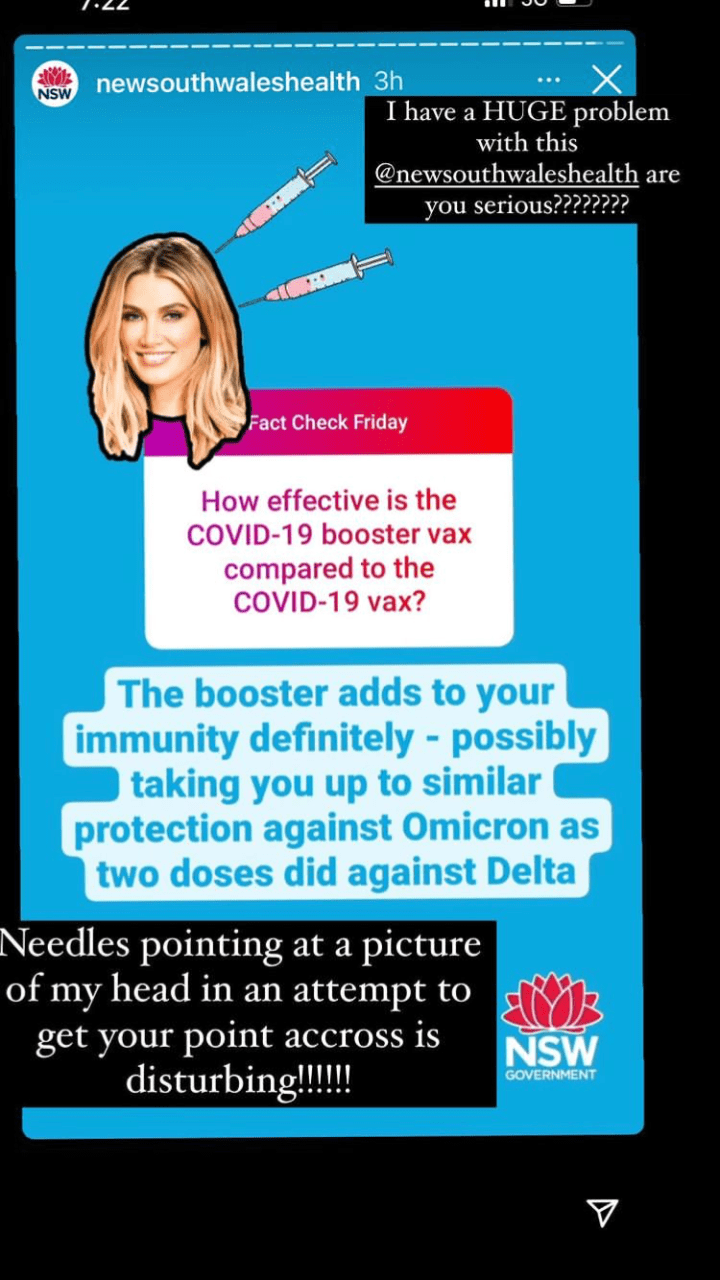 In a statement, NSW Health apologised to the singer.

“NSW Health was attempting to convey an important public health message but recognises it made an error of judgement and sincerely regrets the offence caused to Delta Goodrem.”

One person Tweeted, “just when I thought Delta Goodrem’s COVID woes were behind her … (seriously, though. This was pretty weird from NSW Health)”.

As one Delta stan wrote, “@NSWHealth you need to remove your Instagram story that uses a gif of @DeltaGoodrem. It is offensive and misleading. Delta Goodrem has nothing to do with the COVID-19 pandemic and you are encouraging hate. You should be very careful to only report facts”.

Back in July,  Goodrem tweeted about officially looking for a new name after our collective worst nemesis, the COVID-19 Delta strain, reared its unpleasant little head.

READ MORE
Delta Goodrem Is On The Hunt For A New Name (For Obvious Reasons) So Here Are Our Suggestions
Honestly, props to Delta for handling sharing a name with an unwanted, deeply frustrating virus so well.
In hindsight, we maybe should’ve called it the Bono strain instead.