First of all, if you don’t know Indigenous + award-winning rapper, actor, comedian and all-round legend Briggs, then you must rectify that at once (clicking on this article was a good start).

Second of all, he called The Australian‘s cartoonist Bill Leak an example of “the rock bottom of Australia“, and we are 100% here for it. 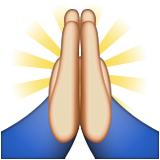 Unless you’ve been living under a wonderfully sweet + bigot-free rock for the past few weeks, you already know that The Australian recently published an incredibly fucked racist cartoon from Leak that ignited a resounding call for a) its removal, b) an apology, and c) Bill’s resignation.

But when we spoke to Briggs – first name: Adam – ahead of the release of ABC‘s Aboriginal superhero series ‘Cleverman‘, the conversation inevitably turned to Leak, and Briggs did not hold back.

“He’s a dick,” Briggs said. “He just doesn’t get it. Fuck off. I write satire and I like comedy, fucking dick. It’s a racist cartoon in a history of racist cartoons you stooge.”

“It’s always gonna get worse before it gets better,” he said, referring to the unacceptable and damaging levels of racism experienced by Indigenous Australians in this country. “You have to hit rock bottom before you know how bad it can get. And that’s always the way – no one knows how bad it is until they’re at the bottom of it.

“These people – the Bill Leaks of the world – are the rock bottom. They do propagate stereotypes, and they do enforce it.”

If you’re not making the oppressor uncomfortable, you’re not doing it right.

It’s difficult to talk about what seems to be a clusterfuck of racist incidents in the first half of 2016 (athletes doing blackface, News Corp promptly wetting themselves because UNSW correctly described Captain Cook as “invading” Australia), because how do you say racism has gotten worse in a country with a deeply racist history?

“Australia has such a superficial relationship with history that it doesn’t have any real identity,” said Briggs. “Everything about Australia and ‘the Australian way of life’ is so superficial and so surface level, that any kind of real history and identity is really confronting for Australia.

“And so we celebrate this ‘beers and barbecues and mates’ as if no other place in the world has that, like Argentina doesn’t have beers and barbecues and friends. That’s king of a universal thing, everywhere has that. Until Australia recognises its history – and it’s really good at picking and choosing the history that it celebrates – it’s really not gonna have an identity to have any kind of ownership.”

So what is Aussie culture to Briggs?

“Shit,” he replies, with a hollow laugh. “It’s broken. Australia is such a broken place at the moment, you can tell just by the way – If Australia was measured by how it treated its indigenous people, we’d be a third world country. And the fact that people are living in third world conditions in a first world country attests that something is amiss.”

Which makes the political landscape of ‘Cleverman’ – where a species from an ancient mythology (the ‘Hairypeople‘) must live amongst the humans and battle for survival in a hostile world that wants to silence, exploit and destroy them – not too far from the truth.

Naturally, Briggs plays one of the Hairypeople.

He said he didn’t have to spend too much time in hair + makeup, ’cause he BYO’d his beard. 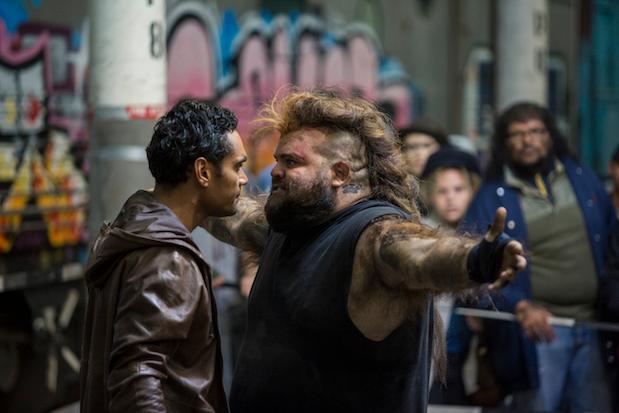 It is a top quality beard.

The concept for ‘Cleverman’ is rooted in 60,000+ years of Aboriginal storytelling, and transforms them into a show that at once extremely important and wildly entertaining.

“There are no books which say these are the following 300 Aboriginal stories, there’s no text, there’s no Aboriginal Shakespeare,” said producer Rosemary Blight. “So you have to listen. You’ve got to sit in rooms with people who have been handed the stories down from generation to generation to generation. So we spent a lot of time talking and listening and talking and listening so that the stories could bubble up.”

And that’s exactly what creator Ryan Griffen did, seeking permission from Indigenous communities to tell these stories.

“One of the stories that we obtained permission to tell was from out near Katherine in the Northern Territory,” he said. “It was a four-hour plane ride, a four-hour drive and then I sat in the riverbed for another four hours discussing the story with an elder.”

“For me, it was probably one of the strongest stories. I sat in the river where there’s a songline – the paths across the land, water or sky which mark the route followed by spirits or ‘creator-beings’ during the Dreaming – travelled for that specific story so it was an absolute privilege to be there to hear the story and then for the community to give me permission to bring it to the screen.”

When we asked Briggs if he was familiar with most of the stories coming into the series, or if it was a learning experience for him too, he replied, “Both!”

“I feel like every nation in the country has their own Namorrodor story [for example], its different dialects and whatnot. I feel like what ‘Cleverman’ did was such a great approach to identifying the best parts of relatable and Dreaming stories, and also just mythology around Indigenous culture. Considering there’s hundreds and thousands of stories to draw from, from over 60,000 years, to whittle it down to six episodes… I feel like they’ve done it justice.”