Hi Dave Chappelle! Welcome to Twitter. Since opening his Twitter account yesterday he quickly amassed “50,338 Followers” and by his fourth tweet he had already learned to Twitpic, something that took “my friend” about 2.5 years to figure out. Here’s some of the best material he’s dropped so far: 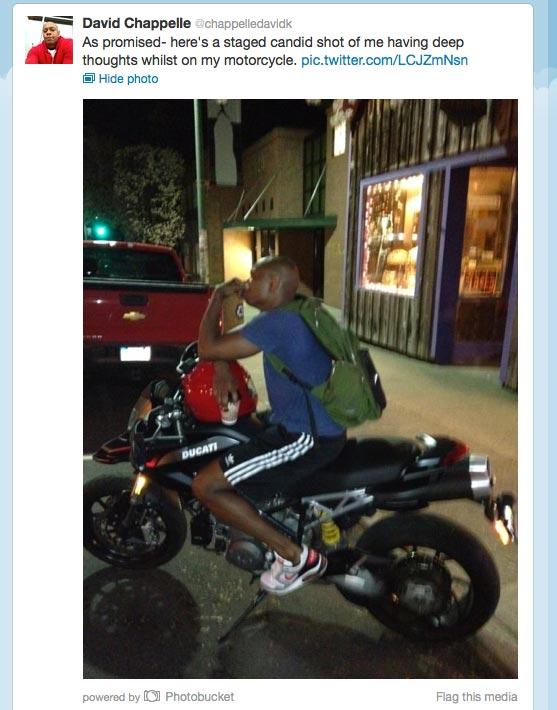 Since the end of his superlative sketch show Chappelle’s Show Dave hasn’t been doing much by way of showbiz, save for extremely rare standup appearances and his one time hosting gig on Inside the Actors Studio, and it’s a damn shame because the man is capable of generating some very funny shit. So we’ll take what we can get – 140 characters or less.