Just in case you haven’t heard us mention it yet, the Pedestrian team has relocated to Westfield Sydney for all of this week (Monday 20 June – Friday 24 June) where we will be running our entire website using the LG Optimus Black smart phone. Since we’ll be in a visible public space with a chance for us to meet some of you guys, we’ve planned a bunch of free events and activities in order to lure you down to Westfield for a visit.

On Tuesday we’re also holding individual CV Hacker sessions where you can get one-on-one feedback for your portfolio or resume with one of Pedestrian’s creative careers experts. Spots are limited so to book in a session RSVP here.

For Wednesday we’ve got two live photo shoots planned (one for We Are Handsome, one for Gary Pepper Vintage) featuring two models that you are going to cast for us.

Later that day we’re testing the facebook stalking prowess of some single girls and guys with a round of Speed Stalking. Yes. It is as creepy as it sounds.

We’ve got more happening all throughout the week, so if you’re in Sydney come hang with us. Don’t be a stranger now. 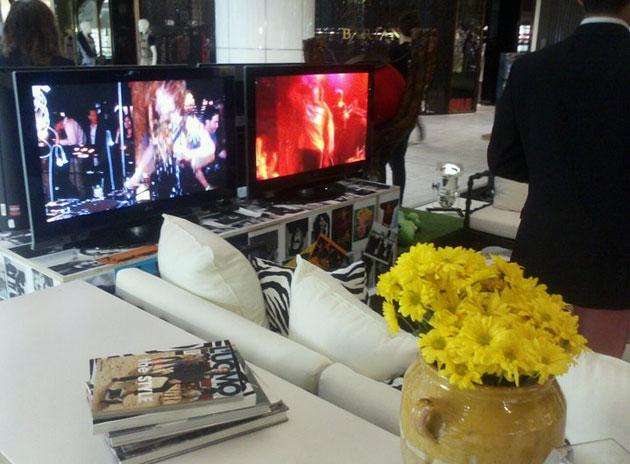 LG challenged Pedestrian.tv to run our entire site using just their new LG Optimus Black smart phones for one week and we accepted! From Monday the 20th to Friday the 24th of June 2011 we’re relocating the entire Pedestrian.tv office to Level 2 of Westfield Sydney to find out just how smart this phone really is… Head here for all the details.