As someone who has binge-watched the latest season of The Crown this week, all I care about is news concerning the show, it’s cast, and the House of Windsor that it’s based on.

So naturally I HAD to work mildly overtime on my weekend shift to tell you all this – there is a spicy, spicy rumour afoot that season 1/2 stars of The Crown, Claire Foy (who played the Queen, der) and Matt Smith (extremely hot young Prince Philip) are, in fact, IRL in love. 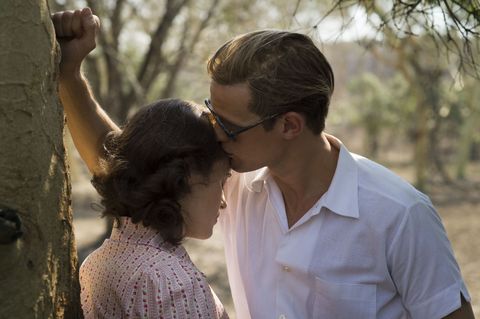 The rumour that something might have been going on between the two co-stars has been doing the rounds for years now – they clearly are good mates and hang out outside of work, with stories of them being unable to get through scenes without laughing on set, affectionate airport greetings, and most recently, pap pics swirling of them holding hands over dinner a few months back, which I can’t show you but you CAN see in this Daily Mail article.

Up until recently however, Matt has been in a long-term relationship with other excellent actor, Lily James.

^^^ That’s from last year – Matt hasn’t featured on Lily’s Instagram since. The breakup isn’t official-official… but several ~sources~ have confirmed to outlets that they have split.

‘A few months ago they decided finally to end it properly,’ one told the Daily Mail. ‘They have many mutual friends, so hopefully it will all stay civilised.’

Given Matt and Claire were recent co-stars again, playing a married couple in the play Lungs, people have been noticing their affectionate behaviour with each other, and the general rumour is that Matt’s relationship with Claire, whatever it is, is what broke him and Lily up.

As far as Claire Foy is concerned – she was married up until late 2017, when she split with her partner towards the end of filming The Crown. She then took 18 months off due to “fatigue”, but a source from The Crown said it wasn’t to do with Matt.

‘She was dealing with a lot of personal stuff and I can promise you nothing romantic was going on between her and Matt Smith at that time.’

ANYWAY. It’s all very source-based and rumoury but fuck me, how good would it be if these two legit got together?

READ MORE
Everyone Is Royally Stanning Princess Anne Over A Viral Video Of Her, Trump & The Queen