Culturally barometric chameleonic comedian Chris Lilley has been banned from Facebook after “someone reported a nuts pic“, which according to The Age, was a still from questionable 2011 mockumentary Angry Boys‘ Nathan and Daniel Sims.

Lilley tweeted this yesterday, and in the time since a #FreeChrisLilleysNuts campaign has sprouted on Twitter, generating more Free Willy memes than you can poke something Facebook-friendly at. An actual poke perhaps? 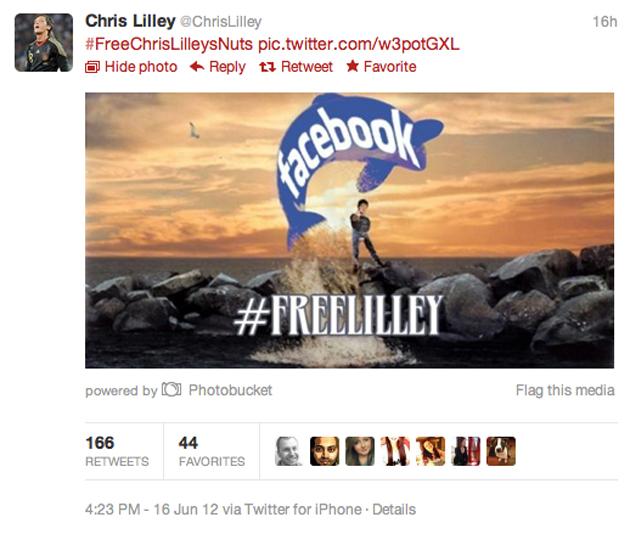